$20 Million Worth of SHIB Added to Top ETH Whales’ Holdings Within a Few Hours: Details

Yuri Molchan
Top-tier Ethereum whales have purchased $20 million worth of SHIP within a just a few hours, while SHIB now accepted by this Nasdaq-traded company 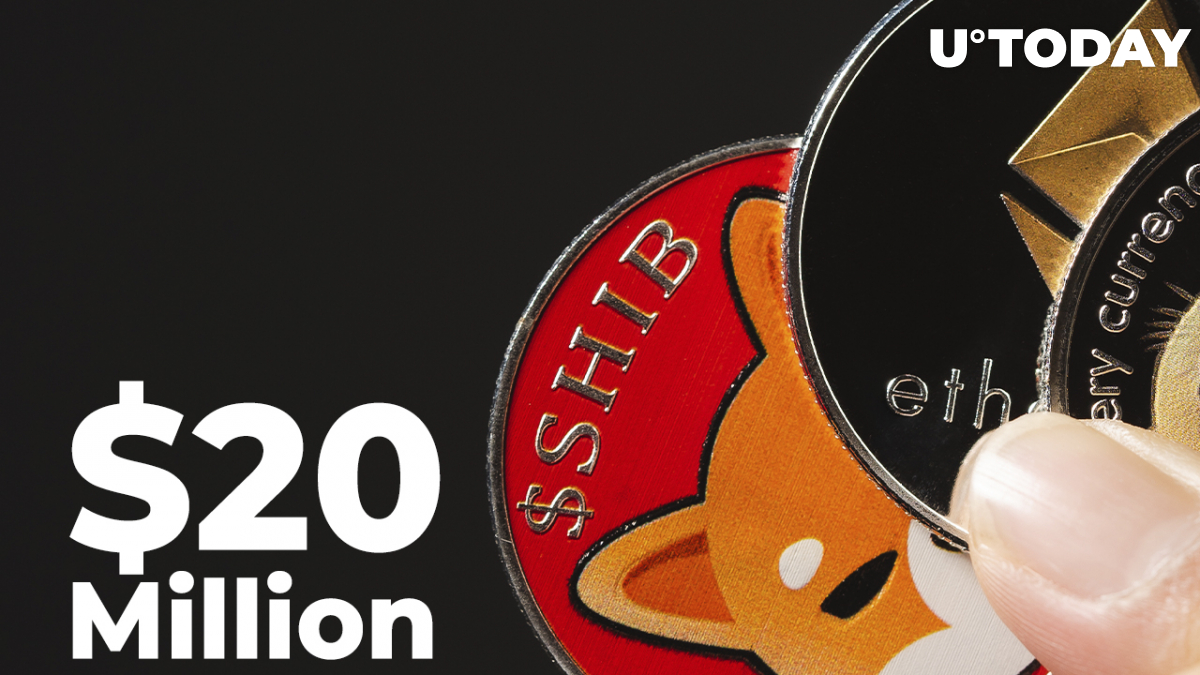 WhaleStats blockchain data platform has shared that top Ethereum holders, widely known as whales in the crypto community, have increased their SHIB holdings by roughly $20 million in only a few hours.

According to the figures shared by WhaleStats, the largest $1,000 ETH whales have added a whopping $20 million worth of the second biggest meme crypto by market cap – Shiba Inu (SHIB). According to the recent tweet of the on-chain data platform, these whales now hold $1,793,384,258 in SHIB.

As reported by U.Today earlier, on the same day but before the cited tweet emerged, February 10, the whales’ SHIB holding amounted to $1,773,025,189. However, in percentage it slightly less than it was before. Now SHIB constitutes 16.59 percent compared to 16.62 percent shown by WhaleStats a few hours earlier.

The MATIC stash held by the top 1,000 Ethereum owners has also increased substantially.

Related
259 Billion SHIB Burned, Over Billion to Be Gone Next Week: Owner of Business That Burns SHIB

A whale buys some more MATIC

Two tweets published by WhaleStats today show that an ETH whale ranked 305 on the company’s scale acquired 1,407,988 MATIC tokens in two transactions, which are worth $2,830,056.

MATIC, LINK and FTT, apart from SHIB, are the top popular cryptocurrencies held by the largest 1,000 ETH whales.

In a press-release on February 10, Nasdaq-listed company IZEA Worldwide stated that it had begun to accept several leading cryptocurrencies as payment. The list of these coins includes meme cryptocurrencies Shiba Inu and DOGE, the biggest coins by market cap – Bitcoin and Ethereum, Litecoin, etc.

IZEA is a global market place where influencers and other talented content creators can sell their services and content for YouTube, Instagram and TikTok. Now, many crypto influencers on this platform have expressed a desire to get paid in crypto.

The aforementioned coins were chosen as the most suitable ones.

Let the doges out! ??? We now accept #Dogecoin and #ShibaInu as payment for influencer marketing campaigns, as well as #Litecoin, #Crypto.com Coin, #Bitcoin, and #Ethereum. Read more in our full press release. https://t.co/u6JBMb85AY pic.twitter.com/Y60K6Gs8DU