Yuri Molchan
CryptoQuant reported that almost half a billion USD in Ether have been withdrawn from multiple spot exchanges, and half of that amount was moved off Binance and Bithumb 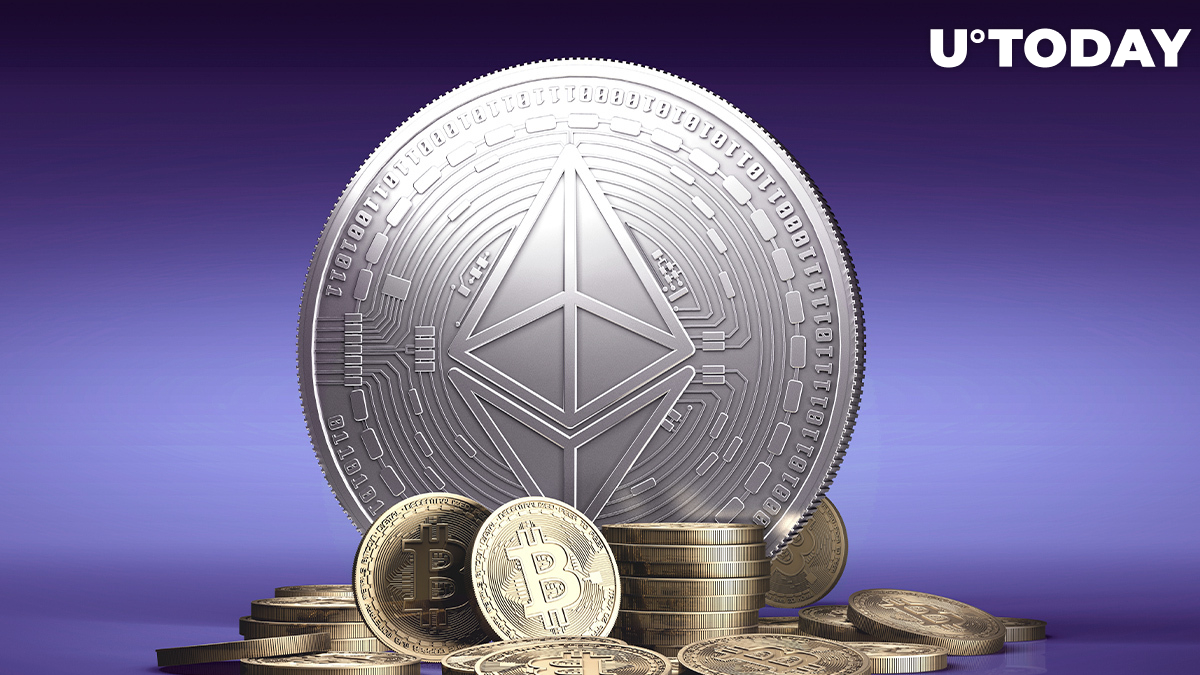 Half of that was taken off of Binance alone. Besides, another 60,000 ETH were moved from major South Korean digital exchange Bithumb.

Meanwhile, a top Bloomberg forecaster has tweeted that Ethereum is challenging Bitcoin's dominance, explaining his reasons.

According to the recent CryptoQuant tweet, in the late hours in North America and the early hours in the APAC region, approximately 60,000 ETH were withdrawn from crypto exchanges, and 34,000 ETH from that amount was moved from Binance alone.

The price of the second biggest crypto, Ethereum, was moving in the $3,100 area at that time. Besides, popular crypto tracker Whale Alert noticed 60,000 ETH sent from the South Korea-based Bithumb exchange to an anonymous crypto wallet.

Large withdrawals of crypto may signify intentions to store long-term in cold wallets or, in the case of Ethereum, ETH may afterwards be staked in the Ethereum 2.0 deposit contract.

Besides, Whale Alert spotted more large ETH transactions on Etherscan. Around 11 hours ago, 27,183 ETH were transferred between anonymous wallets. Eight hours ago, anonymous crypto whales shifted 35,625 ETH between their wallets—that equals $112,098,446 in fiat.

Related
Cardano’s Ethereum Converter to Launch on Testnet Next Week

Christophe Barraud, strategist and top forecaster at Bloomberg, has taken to Twitter to offer data showing that Ethereum is striving to surpass the dominance of Bitcoin on the crypto market.

The expert has tweeted that the main reason for this is a rise in adoption by financial institutions. According to data shared by Barraud, one-month ETH futures contracts are now trading at a premium that is higher than that of Bitcoin futures; 8.37 percent versus 6.58 percent.

This, he says, shows that Ethereum is facing a higher level of bullishness than Bitcoin.

#Ethereum is challenging #Bitcoin's dominance in the crypto world as signs of institutional adoption grow. Its one-month forward contract is trading at a 8.37% premium to the spot price, versus Bitcoin's 6.58% premium, illustrating a higher level of bullishness - Bloomberg pic.twitter.com/ZfluHRYP7T

Besides, as per data shared by Chinese crypto journalist Colin Wu, the Ethereum hashrate is at 650,815 GH/s, a new major high. This shows a rise in the strength of the Ethereum network.

At press time, Ethereum is trading at $3,119, as per data provided by CoinMarketCap.