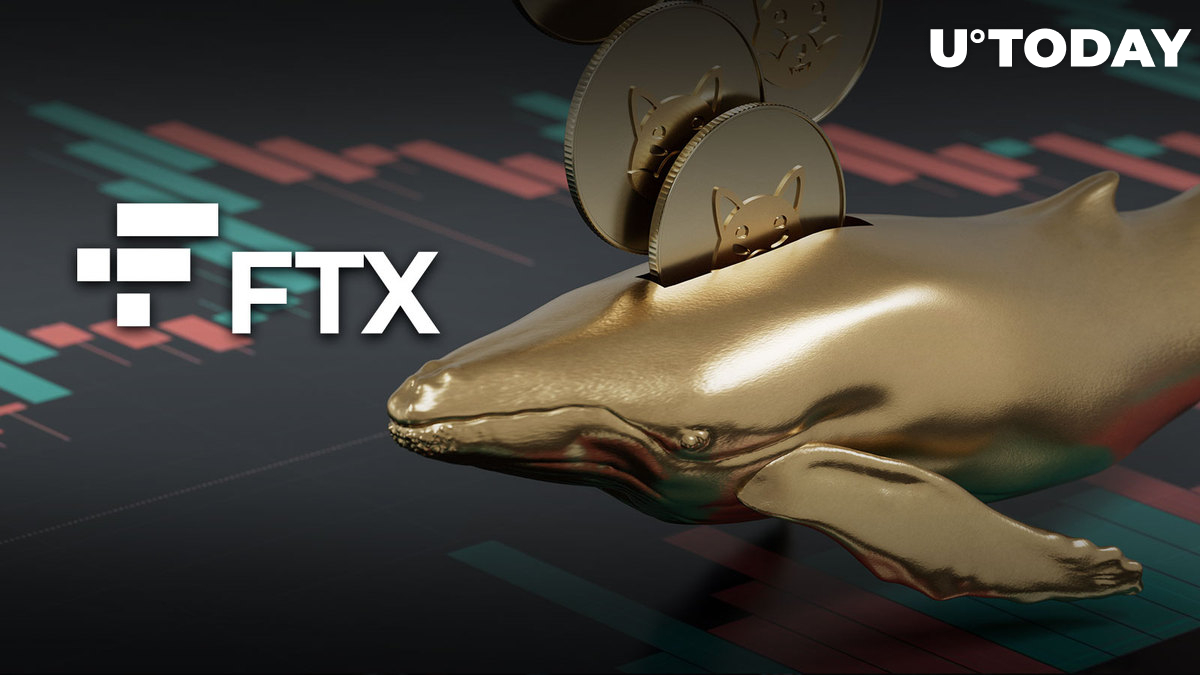 Over the past 24 hours, Shiba Inu whales have transferred several lumps of this meme coin, moving around nearly 1.5 trillion SHIB in all. The majority of it was moved from the FTX exchange.

In the meantime, the price of the asset is demonstrating a fall by roughly 8% in the past 24 hours.

1 trillion SHIB moved from FTX before withdrawals got limited

Details of the wallet show that all these meme coins have been drawn from FTX in two lumps of 500 billion each as if the owner fears that something might happen to the FTX exchange and the assets that it stores on behalf of its clients.

Just recently, FTX limited withdrawals to $1,000, which might hint that the exchange has become insolvent.

As reported by U.Today, the conflict between the two largest crypto platforms of the space – FTX and Binance – has been escalating.

CZ announced that Binance is selling all of its FTT holdings due to "recent revelations" and because CZ does not want to support "people who lobby against other industry players."

This caused an aggressive reaction from FTX founder billionaire Sam Bankman-Fried and the co-founder of the exchange Ryan Salame. A massive sell-off of FTT by Binance started after concerns that Alameda Research, a big trading firm owned by FTX, was facing financial troubles.

However, the firm's chief executive, Caroline Ellison, stated that the company has enough funds on its balance sheet and even offered to buy the FTT that Binance is selling.

At the time of writing, FTX token shows a massive drop of 21.56%, trading at $17.81, per CoinMarketCap. Bitcoin has plunged back below $20,000 as the fight between the two largest exchanges in the crypto space is affecting the whole industry.