Will Next Financial Crisis Bring a Boom to Bitcoin?

Darryn Pollock
Bitcoin was a tool that was born of the economic crisis some 10 years ago, does that mean another big recession or banking collapse could catapult it forward? 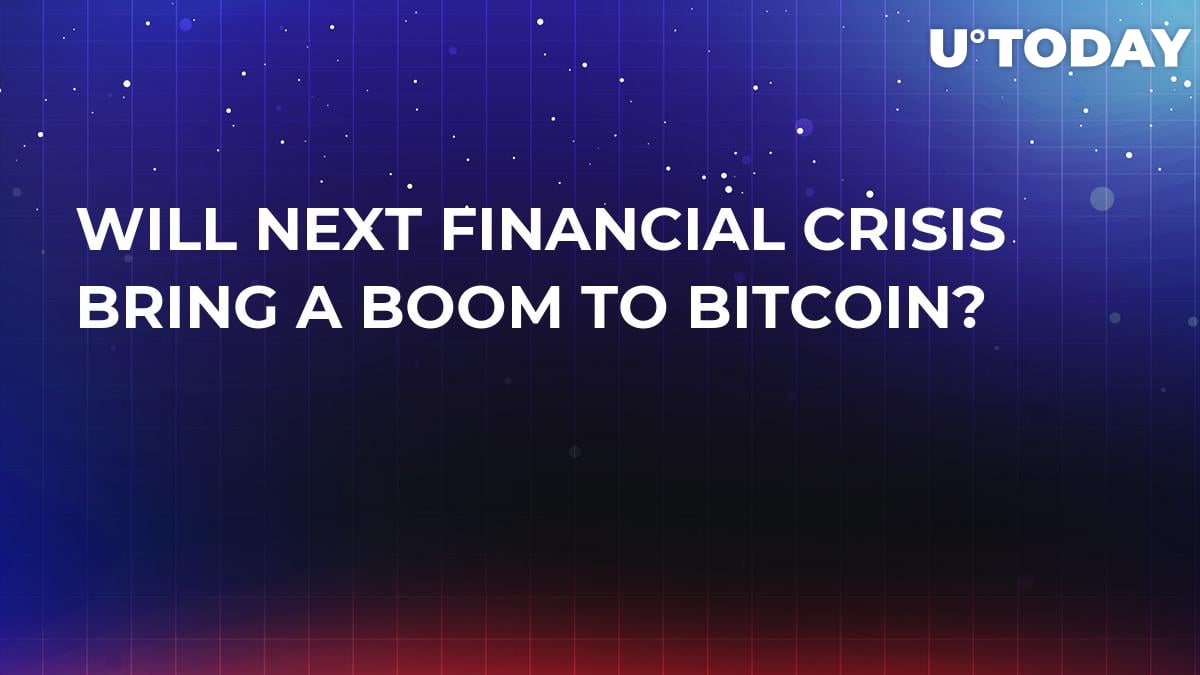 The creation of Bitcoin some 10 years ago was not accidental, it was a tool that was formed as a result of a financial crisis between 2007 and 2008 where the housing market and banking sectors suffered massively.

However, Bitcoin was barely an embryo when the global economy went about trying to repair itself, it was more of an idea and a theory that could one day lead to economic freedom. However, 10 years along, and Bitcoin, Blockchain and other cryptocurrencies are entrenched into a number of global sectors.

It is an interesting place that the technology finds itself as the belief is that another economic crisis is only a few years away, and if that crisis comes, will there be a grab for a decentralized financial system that is unaffected by the banks, governments and other political and economic factors?

What is interesting to note, in a study conducted by Tom Lee’s Fundstrat is institutions, which were not too long ago laughing at the idea of digital currencies, are now more bullish than the common man.

Lee took to Twitter to gauge the response of the common cryptocurrency follower on a number of questions, and also interviewed a number of institutions, but the results were surprising as the more bullish belief came from institutions which are starting to uptake on Blockchain and Bitcoin.

CRYPTO POLL (1 of 6 questions):
Question 1: What do you think is the most important macro factor influencing crypto prices?

Another interesting finding of the survey conducted by Fundstrat was the belief from institutions about cryptocurrencies role in a recession.

When asked about the recession and the reaction of cryptocurrency prices to it, 72 percent of the institution said that prices of cryptocurrency would rise while 28 percent denied it. The same question yielded 5,382 responses on Twitter out of which 59 percent of people said they believed the prices would increase.

In it an interesting finding, especially in regards to institutions who have probably felt the effects of recessions more than the individual. But, for them to then believe that an alternative to the banking system would thrive in that situation also points to a changing of ideals.

If a recession or financial crisis was to hit, there is no doubt that the narrative would be that Bitcoin offers a safe haven away from suffering centralized bodies, but will it be enough to help cryptocurrencies past the tipping point in terms of a regular and trusted financial alternative?