What is Hashgraph and The Differences Between Blockchain 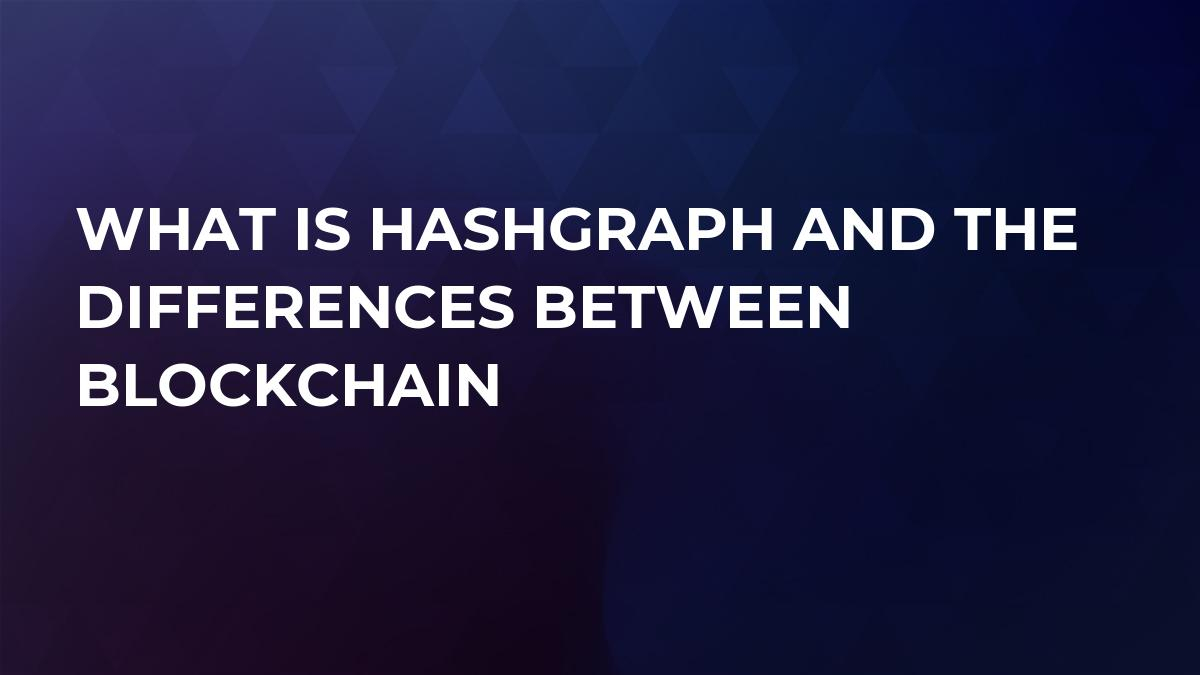 Although Blockchain is the leading technology in the world of crypto, it’s not the only method of data processing and storage. It was the first technological advance which served as the foundation for Bitcoin and altcoins, but it’s far from perfect. Now there’s a grandiose alternative coming– Hashgraph. What is it, and how it differs from the Blockchain?

What is Hashgraph technology?

If you’re more or less tech-savvy in the sphere of the Blockchain, you know that it uses consensus to record the transactions. Hashgraph uses a bit different approach: it implements a gossip protocol that works the following way:

The process doesn’t take much time due to a quick convergence property of this protocol.

The founder of this technology, Leemon Baird, uses Byzantine fault tolerance, which means the transaction becomes valid when more than 2/3 of nodes get aware of the transaction. It’s supposed that 1/3 nodes can work incorrectly or improperly. It is considered to be a safer environment than the distributed ledgers.

What is stored in each node in Hashgraph? The pieces of information processed are called ‘gossips’, and they are sent from one computer to two others, and so on. One of the main advantages of gossips is that they can weigh about one or two bits. That boosts the speed of transaction processing by over 250,000 TPS (for comparison – Bitcoin makes six transactions per second) depending on the bandwidth.

What cryptocurrency is Hashgraph?

After becoming aware of Hashgraph appearance, many Internet users start wondering what is Hashgraph coin. The fact is that Leemon Baird hasn’t introduced the proprietary coin yet, and he stays the sole rightful owner of his system– the control of who can use Hashgraph, and who cannot. However, his team is working upon The Hedera Hashgraph network that will introduce its own token, so if you wonder what is Hashgraph cryptocurrency like, visit the official website to get details.

Until Hedera token appears on the market, Internet users are actively discussing what cryptocurrency is like Hashgraph, with some mentioning Swirdls, IOTA, and DAG-based tokens.

if you still see no difference between Blockchain vs Hashgraph, let’s clear things up:

Answering the question “What is Hashgraph?” Reddit explains that “Hedera Hashgraph is a superior consensus mechanism/data structure alternative to the Blockchain. A decentralized platform without servers.” Therefore, the principle of decentralization is one thing that unites Blockchain and the new platform.

Pros and cons of Hashgraph

What is a Hashgraph primary advantage? In fact, there are three aspects making it superb (and all are in question):

Being revolutionary in some aspects, Hashgraph is an efficient consensus protocol that can help us reach a very high speed of transaction processing and enjoy higher security. Being used in private settings, this platform totally justifies author’s claims about its safety and speed. But what about public use? There’s a probability that Hashgraph will face the same problems as public Blockchains.

So before googling “what is a good Hashgraph crypto” don’t forget that the Blockchain technology has a lot of room for development, and public Blockchain creators introduce innovative protocols permanently improving their products.