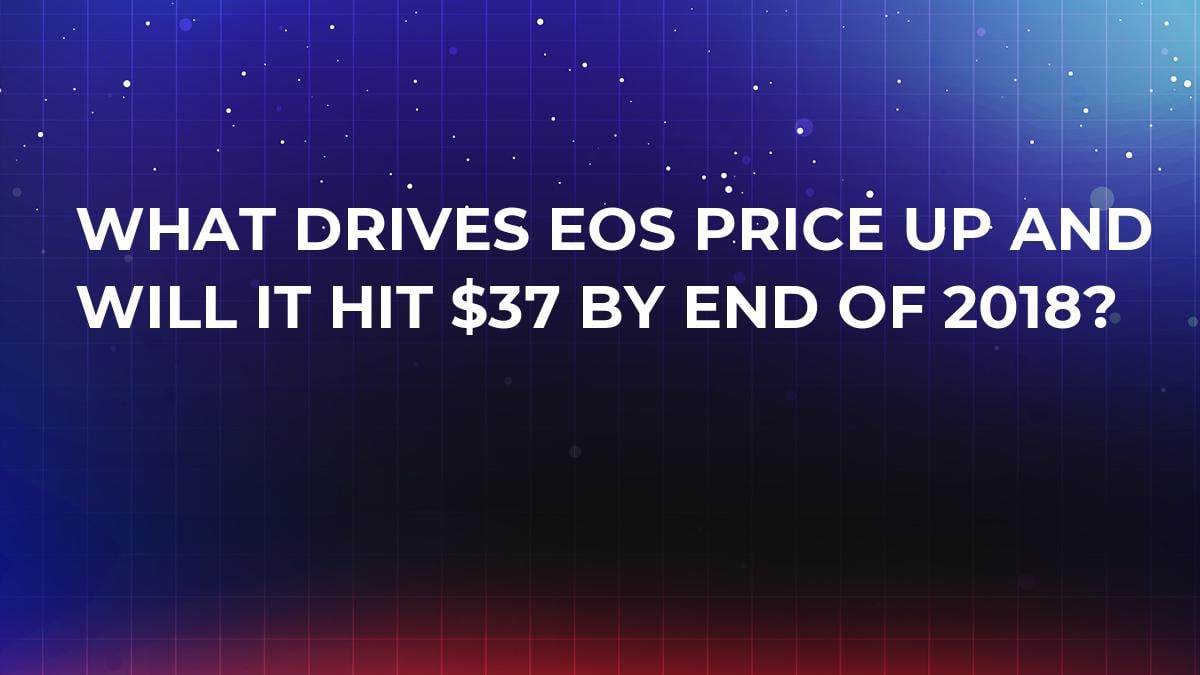 EOS entered the crypto market in July of 2017  since there it has fared well due to its ERC20 base and the advancements made on the technology and the smart contracts. It is horizontally scalable and can process millions of transactions per second. The developers have envisioned a future with EOS being used heavily and have thus created a Blockchain with massive scalability. Furthermore, its Blockchain foundation can support thousands of Dapps and this has attracted numerous developers to EOS.

In a relatively stagnant crypto market, EOS has been increasing and that has investors talking and speculating on where the price of EOS is going next. The following is some realistic EOS price prediction over the next eight years.

We are entering the halfway point of 2018 already we have seen EOS coin rising from roughly $8 in January 2018 to more than $14 in June, a 75 percent gain in only six months. What can we expect to see for the second half of 2018? By the end of the year, conservative, realistic prices are predicted to hit $37 per token. Some more liberal estimates are calling for $70. Based on the data available and the fact there is not even an entire year’s worth of EOS price performance data, it would be safer to assume a target between $30 to $35 is a safe bet. If within the next six months, there is news of a major partnering or contracting with a large company, then we could expect to see prices increase well beyond the initial target price. Remember that EOS is new and we are still in the wild west days of the cryptocurrency market; it is a volatile place!

Over the next year and a half, when we reach 2020, if EOS maintains its current trajectory, we could see prices closer to $80 or $100 or higher if some big business deals develop in the next 18 months, for which there is much potential. Let’s not forget that a major lure to switch to EOS from Ethereum is the ease of project migration: simply copy and paste it and your project is now EOS based. With this kind of built-in simplicity, developers will not have to recode and modify projects for EOS. By this time, we may see many Dapps and other projects switching from Ether to move to EOS. Another move that would strengthen the price of EOS coin and further push it into the highest ranks of the cryptoverse.

EOS future price prediction, the farther out in time we look, the harder it is to predict. However, If by 2025, there is a healthy, thriving cryptomarket and more acceptance and adoption of Blockchain and cryptocurrencies around the world in general, then we could see much higher prices for EOS.

It is predicted by this time that EOS should be in the top three cryptocurrencies by market cap base. Ethereum will still be a major platform, but there will be more attention and development on EOS. This far in the future a safe price range could be between $230 and $270 based on current trajectory. Note that business development will have a major impact EOS price, the more businesses that get on board and develop with EOS the higher the price will go.

Business development is an unknown factor and it is nearly impossible to account for it in predicting price. For example, if Google announced today that it was going partner with EOS today, there is a chance that EOS prices could skyrocket overnight to push the price past 2020 predictions. This is an outside force that has much bearing on price performance. Additionally, acceptance by governments is another price factor. We have seen the ups and downs in the market when China and South Korea rattle the sabers by stating that they will ban crypto or restrict it in another way. However, it is safe to say that more developed economies are accepting crypto and Blockchain.

Much of EOS’ quick rise in the market is due to the fact that it is easy to work with and import projects from Ethereum to EOS. The decentralization aspects of the token are going to be attractive for large, enterprise businesses. Getting large enterprises onboard will be a key to the further success and growth in prices for EOS. Blockchain is going to be a major platform for many industries in the near future.

There is lots of potential for EOS as time passes. As more and more companies see its technology and what it can offer, more will be willing to join. Business development and governmental general acceptance of Blockchain and cryptocurrencies will be the main driver in price.