Eric Eissler
Secure Ecosystems for protecting identity are growing, but can one company rise above the rest? 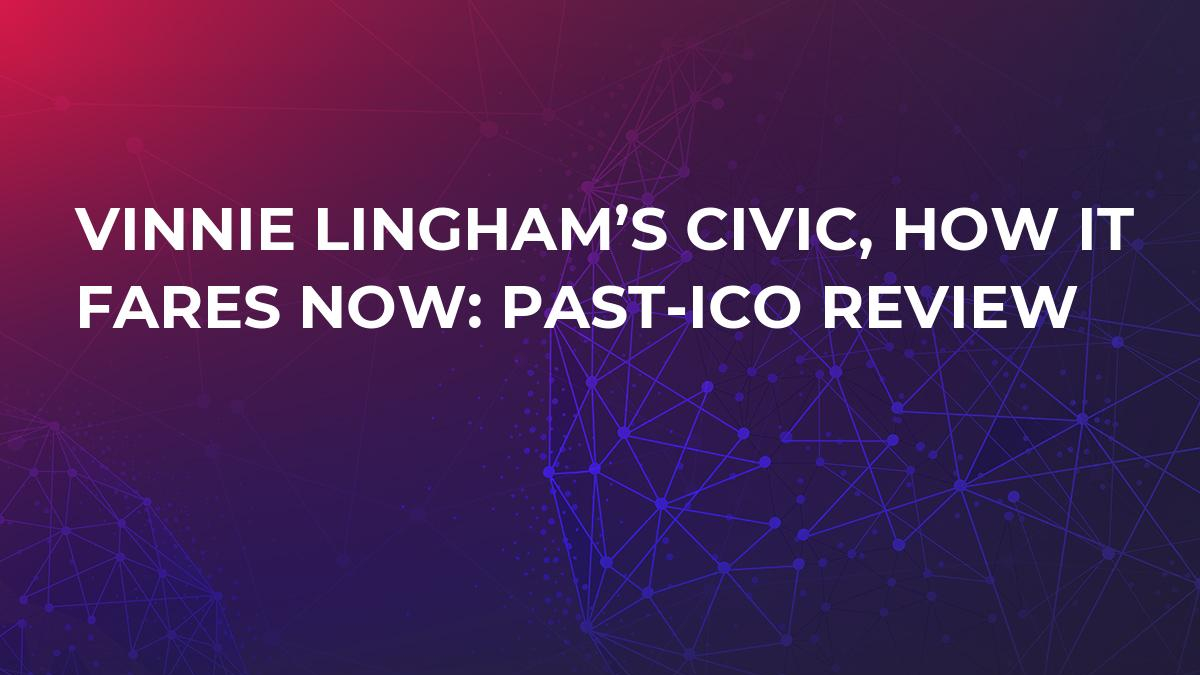 Once someone figured out that Blockchain can be used to return the control of personal information back to the user a bunch of companies got hard to work developing these tools and Blockchain protocols to do so.

At many Blockchain conferences, the topic of identity protection and control of personal data is part of many presentations. It comes as no surprise there-there are more and more companies in this now growing sector. Civic is another one of these companies offering a secure identity ecosystem.

Money talks and it did for Civic, as the pre-sale sold out eight days before the planned ICO. The company raised $33 mln in funding.

However, it should be noted that the token hit it's all-time high in December 2017, when it hit $1.37 before crashing hard at the start of 2018, a common trend for most all coins around that time.

On Civic’s platform, a user’s personal data is never stored neither on a server nor on the Blockchain– only attestations to this data are written to the Blockchain.

After Civic verifies a user’s identity via a trusted third party, the data are encrypted and stored solely on the user’s device and can be accessed only via biometrics or the user’s chosen level of security. Users can review requests to obtain their information and choose whether to approve or deny these requests.

This is similar to many other companies out there competing for the market share of this hot new blockchain subsector. Remember, NEVER put personal information on a blockchain, once it is there it is ALWAYS there forever! Unless, of course, you manage to get consensus from all the nodes to go back and delete the information. That’s how Ethereum Classic was born.

Vinny Lingham- The South African entrepreneur who previously founded the digital gift card platform, Gyft, which was acquired by First Data Corporation in 2014. After more than a decade of experience in e-commerce, he realized that there had to be a universal solution to tackle identity fraud for consumers, which he attempts to solve with Civic.

Jonathan Smith- Jonathan has more than 15 years of experience in banking and technology advisory. After a successful career in some of the most complex and security-sensitive environments, Jonathan brings his talent for technology leadership, innovation, and delivery to the world of digital identity.

As with many Blockchain based companies, after the ICO closes, doesn’t mean there will be a product or a service launch. Instead, there is much waiting and usually delays or broken promises. According to the website, the Q2 goals have not been reached. The goals are:

In a previous interview with CryptoComes, Lingham said that the biggest challenge Civic faces is “that the current regulations don't really force companies to be cognizant of the use of data that they are storing. Now GDPR in Europe is coming in, and I think US regulations are coming as well. Adoption will happen when we have government regulations forcing companies to be responsible and they have to look at solutions like Civic.”

While the company still has a bit of June left to finish these goals, it appears to be that they may not make it.