Yuri Molchan
Newt Gingrich, a U.S. politician who was in the White House during Bill Clinton's administration and ran for president in 2012, has turned to Bitcoin 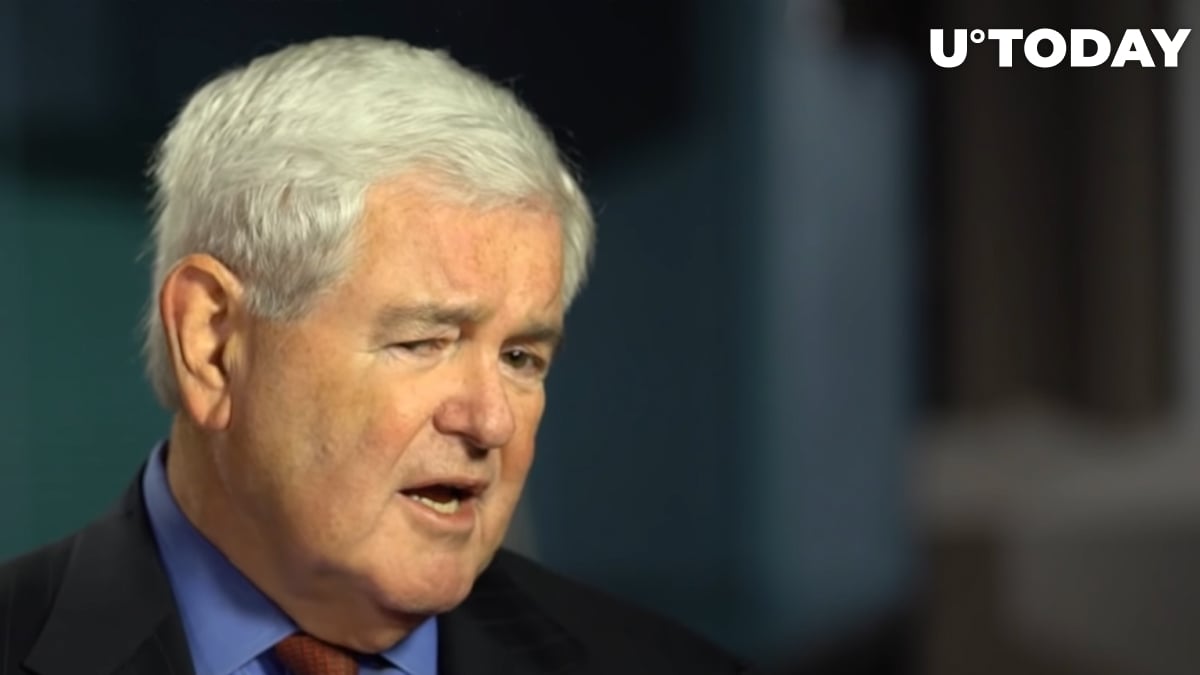 The Financial Times has reported that Newt Gingrich, who served as 50th speaker of the U.S. House of Representatives from 1995 to 1999, has joined the International Bitcoin Advisory Corporation (IBAC) as he has pivoted to Bitcoin.

He is going to help countries and central banks hold Bitcoin as a hedge against inflation.

Gingrich works with Bitcoin in a market potentially worth $50 billion

IBAC is a new company based in Israel and founded by former banker Avi Ifergan. Its goal is to create an outfit to help central banks and wealth funds with all the needs they may have with digital assets investments.

Another goal is to help governmental institutions adopt Bitcoin and other crypto assets.

It has been estimated that the market for servicing the investment of government institutions into digital assets is potentially worth more than $50 billion since central banks globally hold $30 trillion AUM and another $8 trillion in sovereign wealth funds. The $50 billion figure is accurate if banks and wealth funds invest at least 1.5% of their assets into crypto.

"Nations and central banks can hold Bitcoin as inflation hedge"

Gingrich told the Financial Times that, in the long term, IBAC will be able to offer governmental institutions and central banks to invest in Bitcoin and hold part of their assets in it as an inflation hedge.

As it turns out, he meant small countries like El Salvador, whose central banks do not expect to impact financial behavior globally and are not game-changers here.

Gingrich owns Bitcoin, since "it is most widely held"

In the particular case of El Salvador, Gingrich believes that Bitcoin has a big advantage over other assets. He believes in Bitcoin since "it is most widely reported and most widely held." He also owns Bitcoin, as it turned out. He has owned a "tiny amount" of BTC for several years now, but that is more than one Bitcoin, according to him.