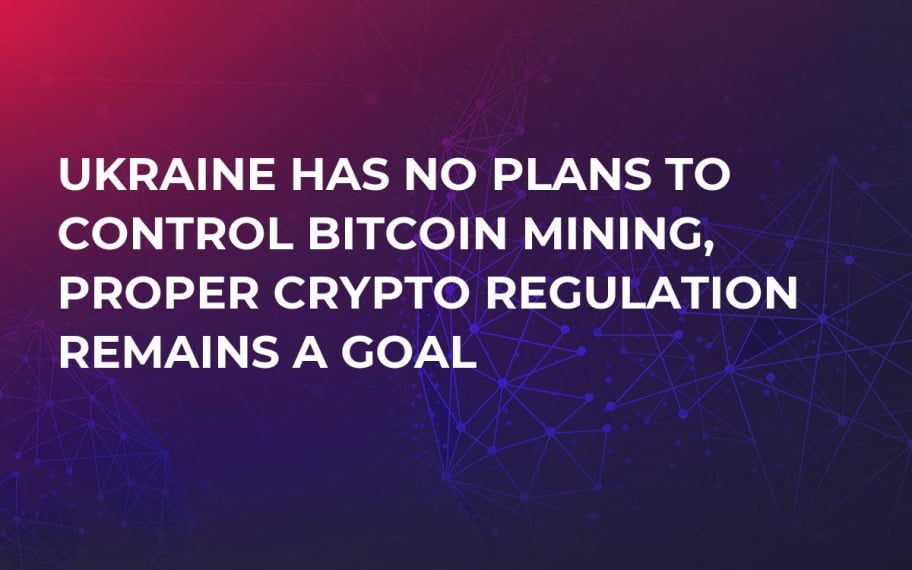 The local regulators believe that Ukrainian miners keep their work quiet since the current regulatory measures in this area are quite vague and they prefer to omit any possible fines or other types of penalties.

However, the State Service for Special Communication and Information Protection of Ukraine has confirmed that it does not plan to make miners obtain any special license to keep working.

An all-over-Ukraine poll performed in late April this year revealed that over 70 percent of the locals are aware of the basic information regarding what cryptocurrencies are. 13 percent of them possess some amount of digital currencies.

Around 50 percent of the respondents said yes to the implementation of cryptocurrency regulation and slightly less than 20 percent believe that the government had better prohibit virtual assets.

The respondents were picked among city population, both genders between 18 and 55.

In May 2018 the Ukrainian government activated a draft regulatory packet of measures for the cryptocurrency area. The documentation says that Ukraine plans to set up free and transparent conditions for the use of crypto and smart contracts. Apart from that, the draft includes measures against money laundering and other types of cybercrimes.

Back in May, the authorities stated that the draft required additional work and said that all the necessary moves would be undertaken to finish it and to give Ukrainians proper conditions for developing the cryptocurrency market.

However, later in May virtual assets were identified as financial instruments and, as suggested by the local regulatory bodies, should be supervised under the already existing legislation. Their representatives also mentioned that the developed regulatory measures are still far away from international standards.