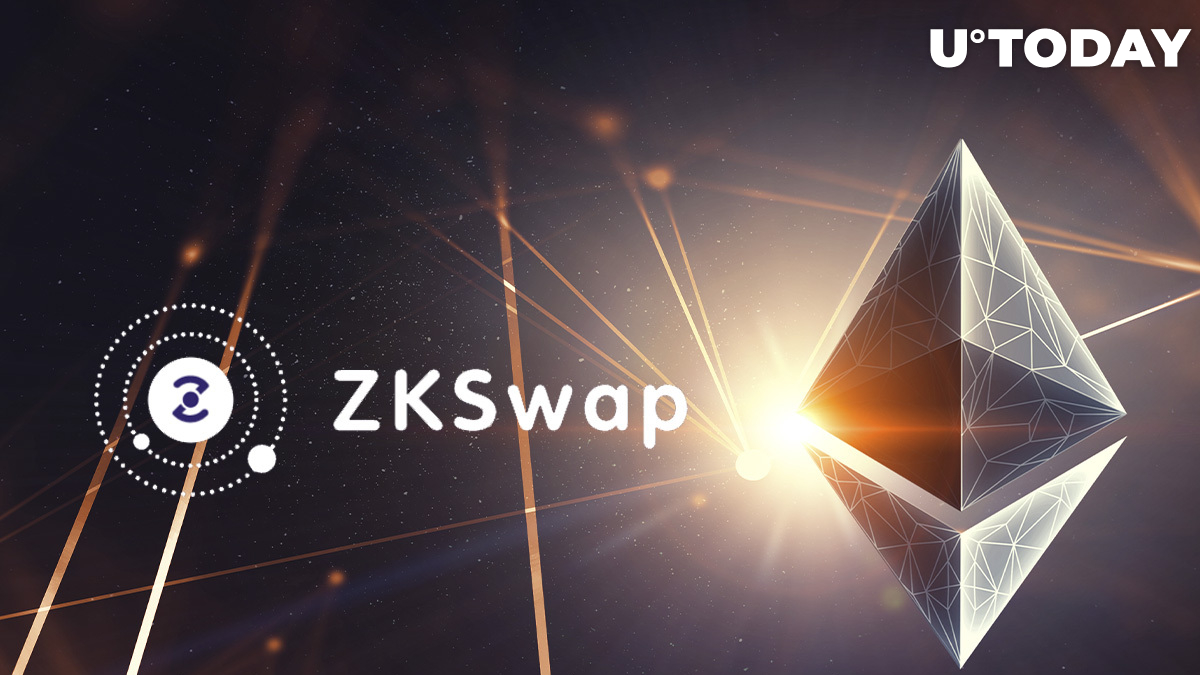 According to an official announcement shared by ZKSwap (ZKS) with U.Today, starting from today, Aug. 5, 2021, two new assets are added to its trading mechanisms.

The first one is REI, a core native “system token” of Zerogoki. Also, zUSD, a Zerogoki stablecoin with a novel design, joins the club of ZKSwap stablecoins.

Two assets will be available for deposit, withdrawal and conversion at 7:00 a.m. UTC.

Zerogoki Protocol is an Ethereum-based derivatives platform on Ethereum (ETH). Technically, it is the inaugural implementation of Duet Protocol that merges minting and trading modules for algorithmically-pegged leveraged tokens. Initially, Zerogoki’s portfolio included other assets besides cryptocurrencies: gold, commodities, indexes and fiat currencies.

REI token is necessary for all Zerogoki users. It empowers its holders with the opportunity to mint new leveraged tokens. REI can be collateralized by crypto enthusiasts within seamless and intuitive token minting procedures.

Shortly after its first listings, the REI price rocketed 740 percent. As a result, liquidity providers’ rewards in all liquidity pools with REI added more than 500 percent in estimated APR.

Despite being launched only a month ago, the Zerogoki protocol and its token garnered a lot of excitement among Ethereum (ETH) community enthusiasts. Zerogoki amassed over $5 million in aggregated liquidity while its synthetic stablecoin zUSD is utilized by many traders of the flagship cryptocurrency Ethereum-based exchange Uniswap v3 (UNI).

As of August 2021, it is ranked third among all algorithmic stablecoins on Uniswap v3 (UNI), which reflects the notable progress in Zerogoki’s solutions adoption in Ethereum-based derivatives trading.

Listing of Zerogoki’s assets on ZKSwap (ZKS) will inject new liquidity into the protocol and catalyze an inflow of new users.

We are very excited about the partnership with Zerogoki. By opening up our platform to any token standard, we’re jointly creating a more expansive DeFi ecosystem that allows users to list and swap thousands of new tokens with ease. And Zerogoki is becoming a forerunner of this trend, making DeFi more accessible to the masses.

Listing of Zerogoki’s assets follows the inception of ZKSwap’s V2 mainnet launch. As covered by U.Today previously, this is one of the crucial updates in 2021 for the entire Ethereum (ETH) ecosystem.

The start of V2 operations is another huge announcement for ZKSwap. Right now, the project’s engineers are working heads down on the release of multi-chain functionality.

In the next releases, ZKSwap will work with all major EVM-compatible blockchains like Binance Smart Chain (BSC), OKEx Chain and Huobi ECO Chain (HECO). Primarily, ZKSwap (ZKS) will be deployed to OKExChain with four tokens - ZKS, WBTC, ETH and USDT – available as payment instruments.