Urvashi Verma
Jesse Powell CEO of Kraken pushes back cooperation to New York AG’s questionnaire calling it a “tone-deaf” response to the market. 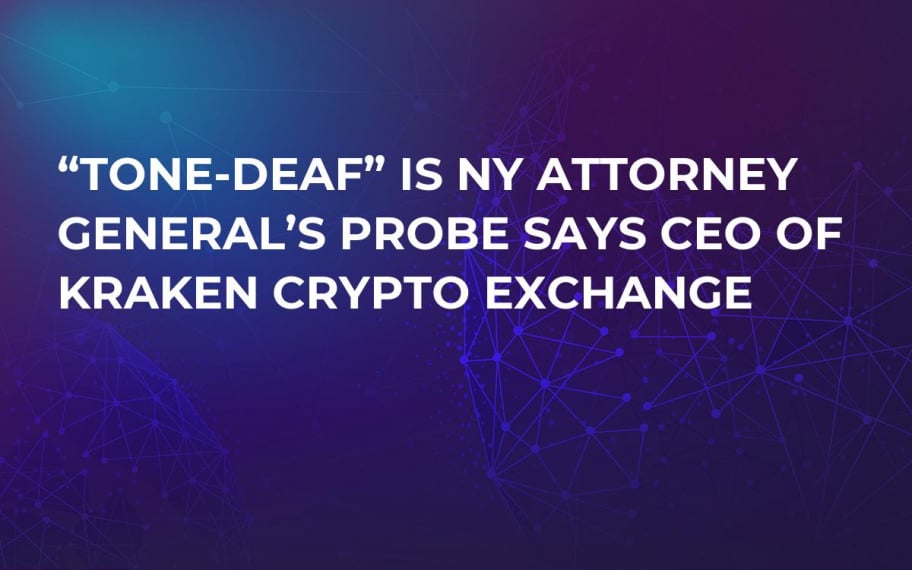 While most cryptocurrency exchanges have responded with a tone of cooperation and transparency to Eric Schneiderman, New York attorney general’s questionnaire, Jesse Powell CEO of Kraken Bitcoin Exchange pushed back calling it a “tone deaf response” to the market.

“The AG's tone-deaf response shows just how bad the disconnect really is. Not only are they apparently experts in what legitimate businesses desire, they are also experts in what's important to consumers,” is part of a declaration made by Powell earlier Thursday on Twitter.

Kraken further responded that the 34-point questionnaire with a two-week deadline would put a hold on ongoing business activities and is a significant diversion of resources.

However, the attorney general's office describes the inquest as an issue of consumer protection and the right to transparency.

"With cryptocurrency on the rise, consumers in New York and across the country have a right to transparency and accountability when they invest their money. Yet too often, consumers don't have the basic facts they need to assess the fairness, integrity, and security of these trading platforms," Schneiderman wrote in a letter accompanying the questionnaire on Tuesday.

The questionnaire which was sent to 13 crypto-exchanges requests details on exchange fees; the platforms policies and procedures for margin, trading, and methods used to determine to price, among other things.

Despite, Powell’s declaration that he would not respond to the request, the attorney general’s office says Kraken may have no other option than to comply due to enforcement jurisdiction.

After Powell’s comments, the attorney general's office told Marketwatch that most reasonable platforms would not have trouble providing the information they requested.

Kraken is a US-based cryptocurrency exchange operating in Canada, the EU and Japan, and the world's largest bitcoin exchange in euro volume and liquidity.