Alex Dovbnya
Tom Brady has some words of praise for Ethereum co-founder Vitalik Buterin, who recently came under attack from online trolls 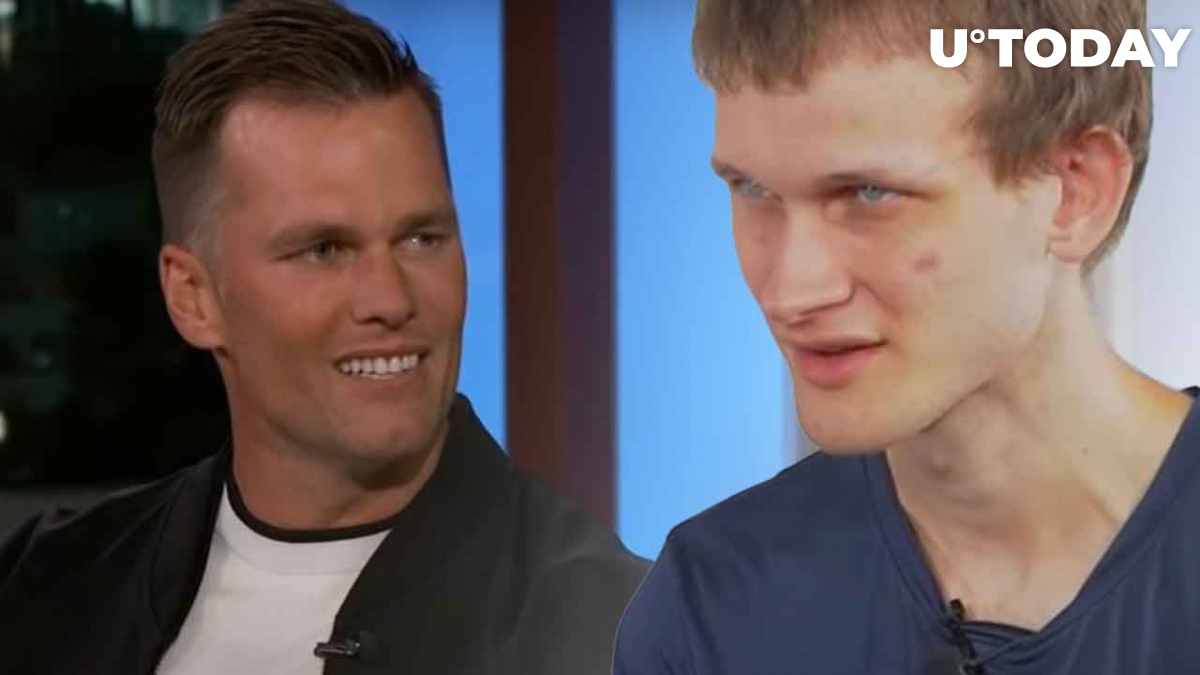 Brady confessed that he was “a big fan” of the influential programmer.

The superstar footballer, who recently shocked the world with his sudden unretirement, thanked Buterin for his contribution to the cryptocurrency industry.

He notes that creating Autograph, his non-fungible token startup, would have been impossible without the Ethereum co-founder.

Brady’s words of praise were in response to a tweet, in which Buterin posted the screenshots of several insulting tweets that criticize his looks. The Ethereum co-founder made an appearance on the cover of the historic issue of Times Magazine, which rubbed some critics the wrong way.

Some Twitter users drew ludicrous comparisons between Buterin and Brady. One user noted that “dystopian” version of the popular footballer. Another one quipped that Buterin looks like if Brady did meth.

Related
As Crypto Prices Drop, Tom Brady Unretires
Buterin half-jokingly noted that he had no idea who Brady was despite the immense popularity of the legendary quarterback. He appeared to have mistaken the footballer for “Mission Impossible” actor Tom Cruise.

Not everyone was pleased though. Some Twitter users slammed Brady for promoting “glorified Chuck E Cheese tokens.”

Others took issue with the fact that crypto is just a vehicle for wealthy people like Tom Brady to get even richer, which is something that Buterin highlighted in his recent interview with Times.
#Ethereum News