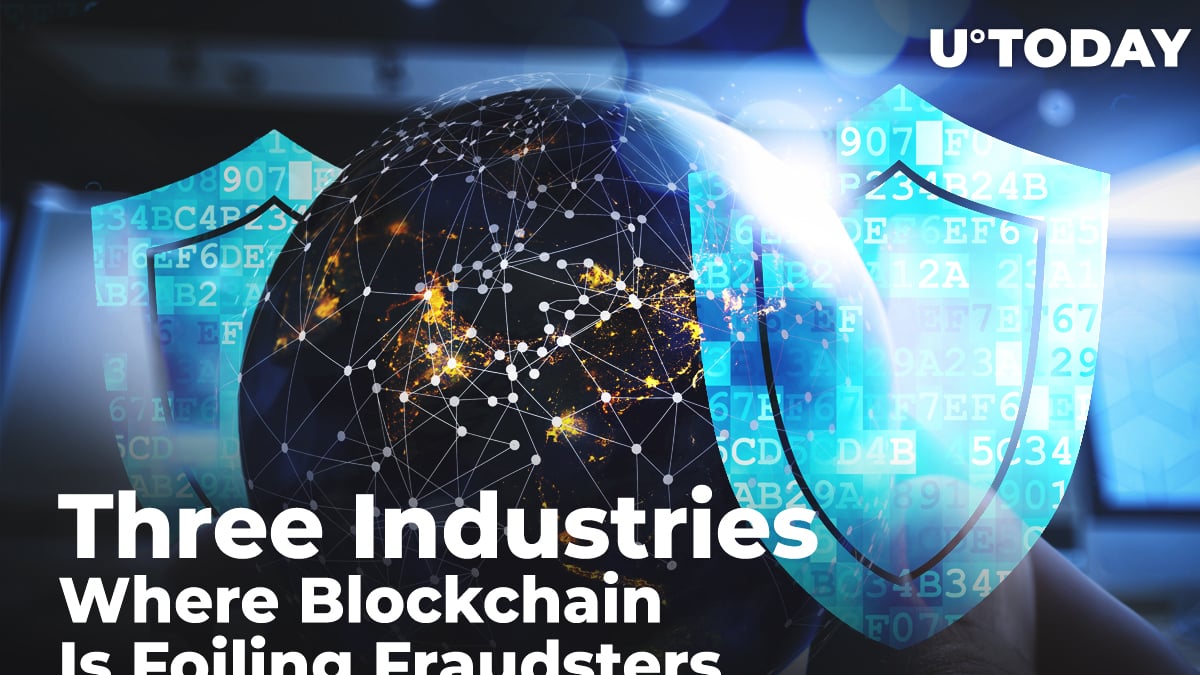 Far more than just a means of exchange, blockchain provides a safe and secure way to verify transactions and track the history of participants on a decentralized network. As a result, many industries are now exploring blockchain technology for its potential to fight fraud, and limit economic losses to criminality online.

In particular, there are three key areas where blockchain is bringing the fight back against fraudsters, and putting honest companies and individuals back in control of their online transactions. Here, we examine how blockchain is disrupting the advertising industry, insurance, and payments sectors.

Each year, 30% of digital adverts fail to reach their target audience. Why? Because bots see them instead. These false ad views are the work of sophisticated cyber-criminals, who use phishing techniques to take control of computers in the background and use them to interact with ads.

False impressions generate no revenue for the advertiser, despite them still costing a huge part of companies’ advertising budgets. However, they do make money through affiliate links for the fraudsters. This situation is made worse by the fact that ad fraud is difficult to detect and fairly easy to perpetrate.

But blockchain, as a result of its immutable nature, is stopping ad fraud in its tracks. AdEx, an European company focused on delivering genuine paid traffic for advertisers, uses their own payment channels and peer-to-peer network to directly connect advertisers with genuine ad publishers. The AdEx protocol allows paying for each impression individually with a micropayment with near-zero fees, which improves transparency and efficiency in advertising.

According to the FBI, annual insurance fraud costs $40 billion in the U.S. alone, mainly through ‘premium diversion’, a type of embezzlement or fraudulent claim. This has huge consequences for the insurance premiums of the average American family, raising insurance costs by up to $700 per year.

In a recent report, Big Four professional services firm PwC explained that blockchain is providing enhanced transparency in claims management and a large reduction in the opportunities for fraud.

Such is the potential of blockchain for insurance companies, that in 2016, a consortium was formed with large players in the insurance industry, including Allianz, Swiss Re, and AIG. Called B3i, the consortium launched a pilot program in 2017 which used smart contracts to reimburse those affected by natural disasters. As the smart contract is self-executing and generated from real-world data, it allows insurance companies to separate potentially fraudulent claims from genuine ones.

When transacting online, payment fraud through identity theft is one of the most common ways criminals steal money. According to financial services provider Experian, 90% of us use our devices for online shopping, with 88% also accessing online banking, providing ample avenues for fraud. Identity fraud occurs when cyber-criminals gather details about an individual and use them to make purchases or access bank accounts.

Blockchain is providing solutions for personal data and identity management which may help in the fight against such fraud. Providing an immutable and cryptographic ledger of past transactions, it’s harder for criminals to falsify records or commit fraudulent activity. Likewise, individuals can also store their personal financial data encrypted on the blockchain.

SelfKey is a blockchain company which provides self-sovereign identities for users. SelfKey customers can sign up for financial services through the SelfKey identity wallet, rather than entrusting personal data to each third-party application or website individually – significantly limiting the chances that sensitive personal data is exposed online. As user’s online identities are encrypted in a distributed ledger, no single entity or organisation controls that data, and it’s harder for fraudsters to steal.

These industries are just a few of the areas where blockchain is causing a paradigm shift in the way we fight against fraudsters and protect our information online.

As the blockchain industry continues to mature, it’s highly likely that entire decentralized ecosystems will emerge where fraud is greatly reduced or stopped in its tracks.