Urvashi Verma
Augur REP token will follow Monero, Dash and Zcash in being delisted by Coincheck under pressure from FSA. 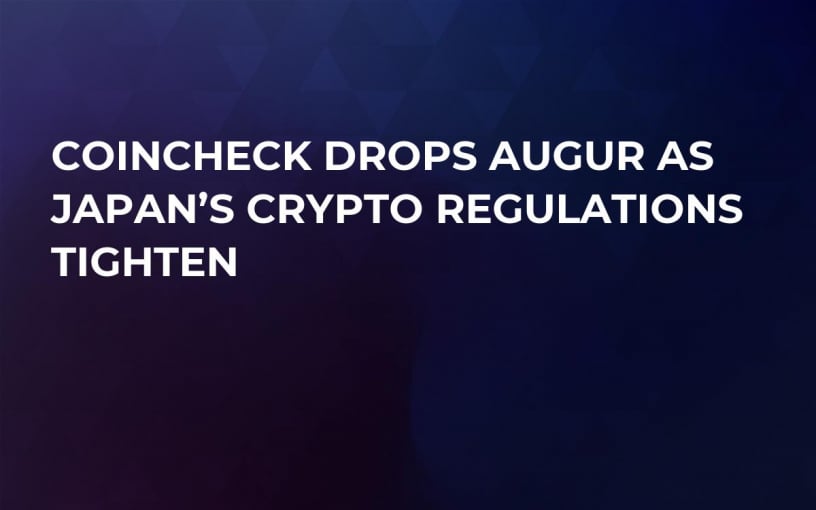 Augur’s removal is due to its unhealthy association with unlicensed gambling, the exchange says.

Augur is a decentralized prediction market platform that utilizes the Ethereum network. A prediction market enables users to gain monetary benefits by using an outcome of future events based on 'wisdom of the crowd' data collected in real-time.

Japan’s FSA, which has instituted stricter AML, KYC and CTF regulations on exchanges, is now asking all exchanges to step up to the plate, leaving them with little option other than to comply.

Coincheck plans to delist Monero, Dash and Zcash by the end of June.  Experts say the impact of removing these currencies from the market remains uncertain at this time. Japanese investors were the earliest adopters of cryptocurrencies, and account for nearly 33 percent of cryptocurrency holders.

Coincheck was recently acquired by trading firm Monex which is in the process of getting an official license from the FSA. Monex told Bloomberg last week that it plans to enter the US market, due to a lag in regulatory insight and high capital gains taxes in Japan.