Alex Dovbnya
Mt. Gox is finally going to repay its customers in 2019 if the rehabilitation plan gets approved 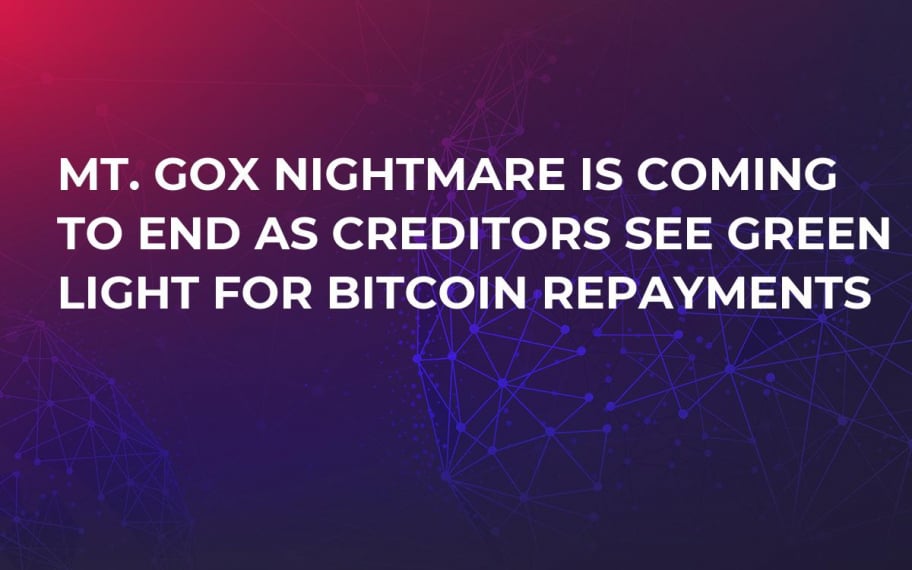 Mt. Gox, a now-defunct exchange, will start repaying its creditors in May 2019 if the new rehabilitation plan gets approved. Those, whose funds were stolen from the infamous Japanese exchange, can finally see a glimmer of hope following the decision of the Tokyo District Court.

What’s behind the rehabilitation plan?

Mt. Gox’s bankruptcy proceedings have been recently suspended, so Mt. Gox will meet all its financial obligations to its creditors. The updated version of civil rehabilitation plan confirms that creditors will be paid back in Bitcoin (BTC). Hence, they will hugely profit off their loss. Such an oxymoron stems from the fact that BTC is worth $7,518 at the time of writing this article. Despite Bitcoin’s predominantly bearish continuation during the first half of 2018, it is a tremendous improvement from $750 in February 2014 (when Mt. Gox already suspended trading).

The countdown is on

Nobuaki Kobayashi, who serves as a bankruptcy trustee for Mt. Gox, claims that more details will be provided to the creditors in September. Kobayashi states that they still accept requests from customers whose funds suffered from the attack. As of June 2018, they already have 24,750 complaints that amount more than $400 mln in total. In addition, the attorney says that those individuals, who lost other cryptocurrencies, will only be able to accept monetary compensation in BTC. However, the rehabilitation plan specifies that these digital currencies should be liquidated into fiat money.

According to the early predictions, the value of stolen assets could eventually reach $1.3 bln. If the aforementioned rehabilitation plan gets the green light from the court, the first group of creditors could receive their long-awaited money as early as in May 2019. They will be paid to their existing hot wallets on cryptocurrency exchanges (they can also create new ones).

At one point, Mt. Gox was the biggest exchange on the market by trading volume, but a major hacking attack made it disappear into oblivion overnight. That largest-ever crypto-related security breach resulted in $473 mln being stolen from the exchange. In 2018, however, another Japanese exchange Coincheck took the cake allowing hackers to walk away with $500 mln in crypto, but it pales away in comparison to the Mt. Gox fiasco if to take into account the Bitcoin price.