Ake Gaviar
???The far-reaching importance of the governance experiment on Reddit with Ethereum and how the EthTrader community is leading the way 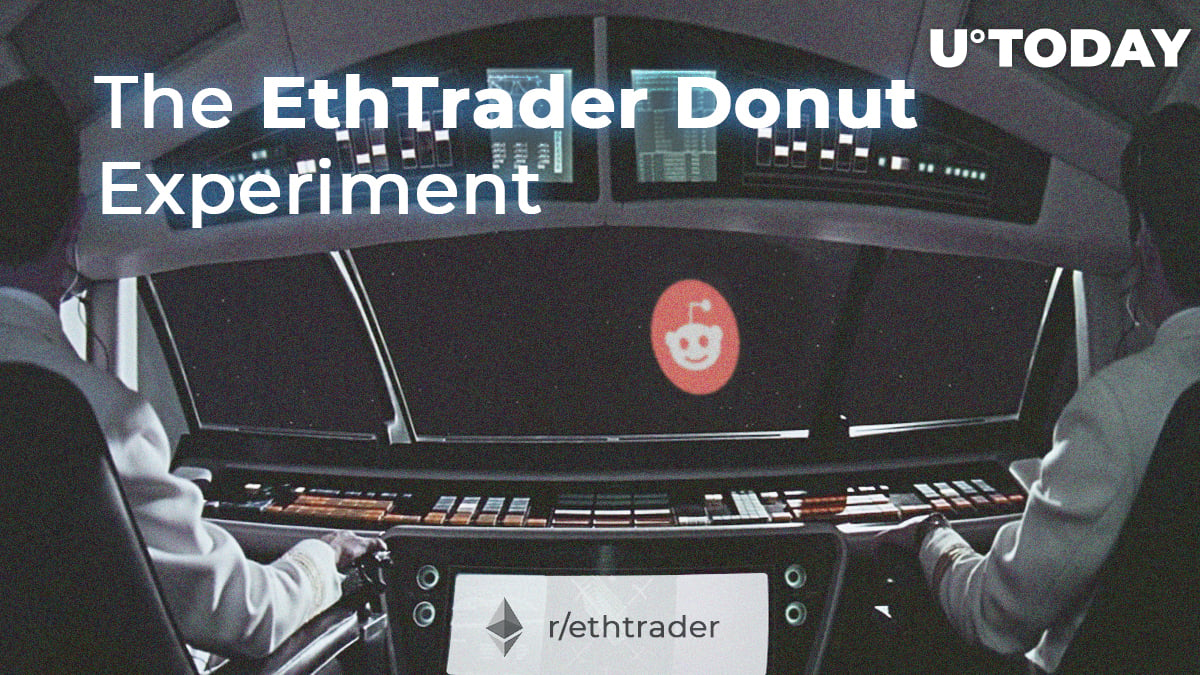 There’s a fascinating experiment going on Reddit that’s been kept largely out of the limelight. The experiment will stay relatively in the dark for quite some time until it’s fully implemented, but the result — if it works — will be of unprecedented importance both for blockchain communities and for all of the communities dwelling online today, and hence for the Internet as a whole. The EthTrader community on Reddit is carrying the torch.

There are over one million communities living on Reddit today. You get a Reddit-wide score called Karma for your upvoted contributions to any of the communities. The Karma is, what’s been called by Reddit users for ages and ages, Imaginary Internet Points. They don’t mean much other than the general public image of your account.

Back in October 2018, however, Reddit started the Community Points experiment where the Karma points you get within a specific community — subreddit — would be your influence score in this particular community. The points can be used in community governance through a weighted poll system. The core idea is that the users that contribute the most should have a bigger say in how the community operates, bringing it one tiny step to being an autonomous community.

The EthTrader subreddit — tallying at over 200 thousand members — is one of the first communities to enable the Community Points system and pushing the experiment to the maximum possible decentralization, or DAOfying it.

One of the very first polls was to rename the community points into something “less soulless”; the word “Donut” won the poll, and the moderators were quick to implement the decision. Governance in action right from the start.

Two million Donuts are printed weekly and distributed to every EthTrader contributor based on their subreddit Karma.

Now, while this was an essential first milestone at DAOfying the community, the real experiment at DAOfication started after that.

What is DAOfication? It’s a newly coined word — which shows how early all of this is — made after the DAO abbreviation, which in turn stands for a Decentralized Autonomous Organization. The word Organization in this context means any group of people, a community, that collaborate for the common goal. Autonomous means that the organization should be able to go on its own once formed, independent of artificial top-down instituted provisions. And Decentralized makes the community able to function without a central authority that has the keys to the community and can force any decision on it.

DAOs have been around for quite some time, but watching the attempts to DAOfy communities in real life is not only fascinating but also an indication of where the world is moving — especially when the number of attempts and proposals have multiplied in the past few years, most recent ones including the likes of DAOstack, district0x, and U°Community. And watching it unravel on the biggest community platform in the world — even though on a very small scale so far — is what should tell you how important this is.

Being a blockchain-first — and primarily Ethereum-first, which had its first DAO experiment covered even by the Wired magazine back in 2016 — community, the Donut experiment immediately went as serious a governance attempt as it can get.

Donuts were issued as ERC20 tokens on Ethereum, and a bridge was established to exchange your Donuts for the tokens — donut.dance. The tokens even enjoyed some liquidity on a number of decentralized exchanges, including Switcheo — a DEx that provides exchange capabilities of tokens from different networks, e.g., NEO tokens and Ethereum tokens.

The bridge was shortly after closed, however, as it was established during the experiment that you were able to purchase the Donuts and thus get influence in the community through weighted governance polls with zero contribution and by merely buying your vote power.

You can also buy user badges with the Donuts — your Donuts get burned on each purchase; tip other users and purchase the subreddit banner — something that’s displayed at the top of the subreddit and is, when all said and done, basically an ad space.

The Harberger tax — or the Hamburger tax as the community affectionately calls it — is an experiment to make the banner economy viable and positive. If the account that holds the banner sets the banner price too high, they will have to pay the higher daily tax for holding it; setting the price too low will let anyone purchase it.

The Donuts experiment went even much further and is currently undergoing a major rework and is moving to the next milestone called Daonuts. The incredible importance of Daonuts is that it’s carried out with the consent of the Reddit admins (the ultimate powers that be) and is aiming to replace the Reddit’s database with an Ethereum dapp as the ultimate source of truth for Donuts.

I’d like to repeat and stress this again — the Daonut project will put EthTrader’s Community Points on Ethereum and Reddit admins support this initiative. Whether it is truly incredible or a sign of where the world is moving (it’s both, really), the importance of this cannot be underestimated.

Reddit — the largest community platform in the world — is recognizing that DAOs are the next leg in how communities operate.

Both EthTrader and Reddit carry the practical implementation torch in community governance and understand and show that it can only be possible on blockchain. Blockchain provides true ownership of your Karma/Points/Reputation, call it what you will, that is key to true governance.

EthTrader recognizes that governance must be tied to economy and experiments with it through banner/badges purchases, tipping, trading, and the Harberger tax. Governance cannot exist in a vacuum.

While all of this is a positive move, it’s important to remember that Reddit is a Web 2.0 centralized platform and it’s actually drip-feeding decentralization in a controlled and restricted environment. Make no mistake about it, Reddit is a traditional closed source platform with private investors, ads, and ultimate control.

Time will tell if the users of the colossal centralized network of Reddit — its main asset — will migrate to the decentralized networks of Ethereum, EOS, Tron, U°OS and so on. When this happens, however, it will be with a hissing speed. Remember what happened to Digg.