30 Years of the World Wide Web. What's Next? 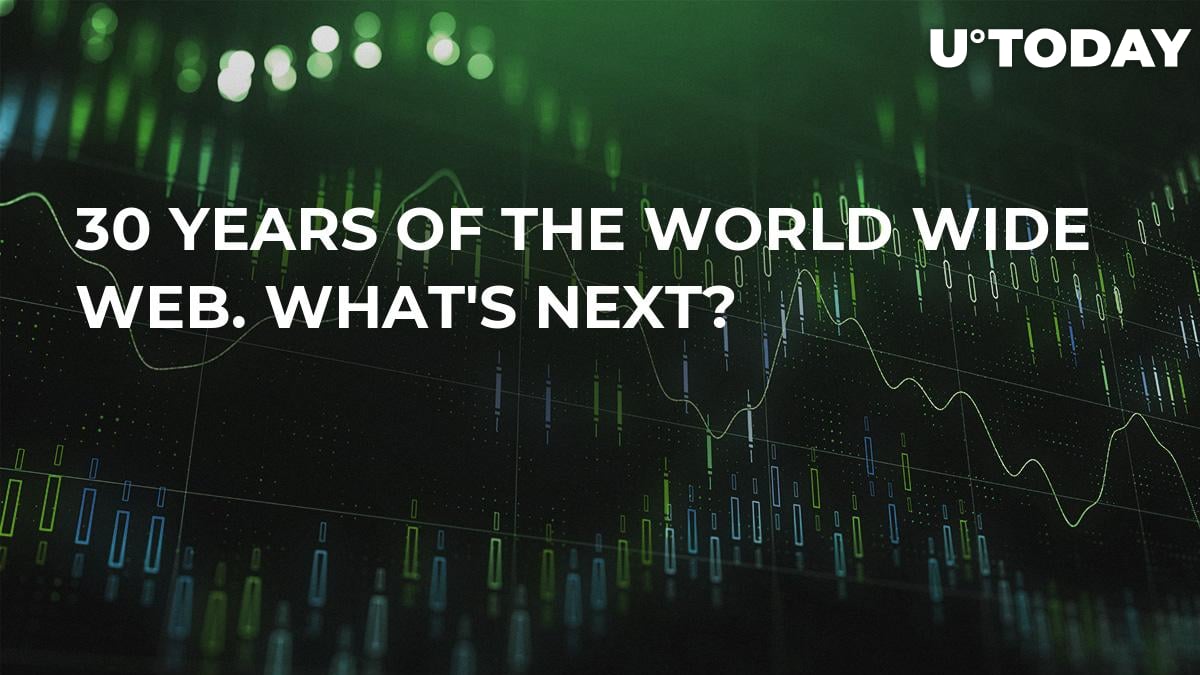 Today — March 12, 2019 — is the day when Tim Berners-Lee submitted his proposal for an information management system 30 years ago at CERN. “Vague, but exciting” were the words that Tim Berners-Lee’s boss scribbled on the proposal. And this was how the World Wide Web was born.

As with any technology, product or service, bringing it to the world is one thing, but making the world adopt it is quite something else. In fact, despite many a doom-laden prediction or the ever-popular dystopian novels, feature films, and games, there’s never been a precedent of fitting the world as a whole in a vessel and making it sail. Never. The change and the spread — of an idea or a technology — always comes from the grassroots.

Back in 1989, when Tim Berners-Lee proposed his system, there was no homogeneous network of computer hosts in the world that was browsable. If we get really specific about the term, we can even say there was no heterogeneous network that was browsable either. There was no all-encompassing network: the many computers that existed had different protocols and weren’t able to communicate with each other. The world was one of isolated tiny islands of networks and loner machines.

Tim Berners-Lee’s information management system proposal was the common protocol that let the computers communicate, and that spread like fire. All of a sudden you were able to turn your computer into a web server, it was easy, and this became the World Wide Web and the Internet that we know today.

Glancing over the past thirty years, we can empirically split the development of the World Wide Web — or, simply, the Web — into three relatively distinct stages.

The very loose period for Web 1.0 is the 90s to early 2000s. This was when suddenly anyone was able to turn their connected computer into a web server and become an active part of the Internet. The ease of feeding your information to the seemingly limitless digital space was a business and entrepreneurship cornucopia that spread from the grassroots and peaked roughly at the turn of the century.

Mid-2000s to roughly present days. While Web 1.0 was more of an online bulletin board where you could publish anything but in one direction and have no real feedback, Web 2.0 was more about collaboration and cooperation.

The term that marked Web 2.0 was — and, frankly, still is — platform. The Internet was now all about platforms where you could communicate with other people online, exchange information, and create things together. Platformization became the new king. And it was great too. Instead of having a constellation of very different and wacky websites that you could check for information — as you would a billboard — you were able now to become an active part of a platform. Not only that, but you were able to earn too — for example, by renting out your room on Airbnb and building customer rapport through a review system.

The thing with Web 2.0 is that it’s all about platforms — from Reddit to Uber. And platforms are containerized versions of the economy. Much like in the 80s, they are isolated networks that can’t communicate with each other. And on top of that, they really don’t want to, because they always belong to someone. And that someone is never the community that brings value to the platform.

There’s a lot of opinions on what Web 3.0 is or should be, with the key point being that its defining characteristic is true collaboration.

True collaboration, however, to use the words of Tim Berners-Lee’s boss in 1989 is “vague, but exciting”.

To make Web 3.0 more specific and in context with the two previous stages of the World Wide Web development, I’d propose the following two defining characteristics that are not vague:

That platforms cannot be isolated is illustrated by the history repeating itself — there was no World Wide Web in the 80s, it was all isolated networks. Just like you weren’t able to browse the Internet at the time and willy-nilly hop from one web server to a different one when viewing a document online, you can’t use, for example, your Reddit karma to run a shop on Amazon.

Which brings to the second point: platforms cannot be platforms. Currently, the level of granularity on the Internet is per platform, not per person. You can have an account on Kickstarter, but you can’t use it on GitHub. These are two completely isolated networks. The level of granularity must go one order lower — to the person. People — or more like our digital representations — a) must be able to operate independently from platforms, and b) the network they operate in and bring value to must belong to them.

It only makes sense. It also makes sense that blockchain, which also celebrating an anniversary this year — 10 years — must be the technical backbone to Web 3.0 as it provides true network ownership through private keys.

There are blockchain projects that focus on true network ownership and collaboration like DAOstack, U°Community, and even the latest r/ethtrader experiment with ERC20 donut tokens. It’s nascent, and it’s exciting.

The World Wide Web is great; it really is. Time for the next leg up in how this vast digital space operates.