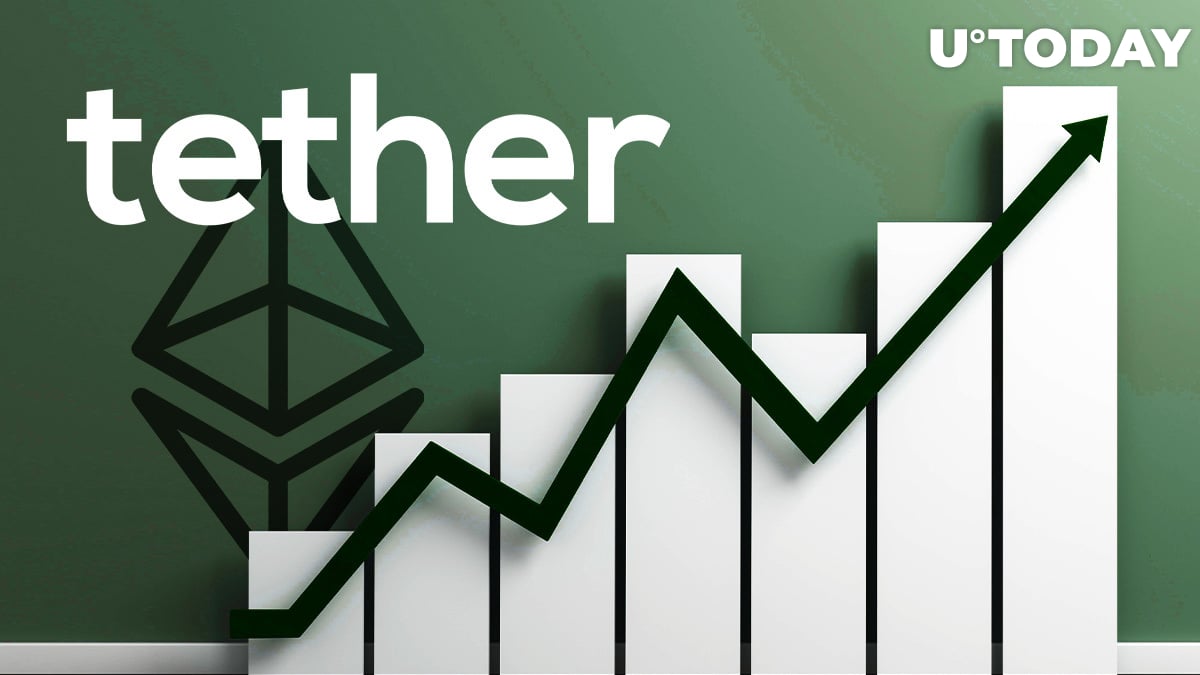 This number has ballooned ten times since late January, underscoring the speedy growth of an ERC20-based version of the world’s leading stablecoin.

Currently ~1850 new addresses holding $USDT are recorded on the blockchain every hour.

That's a new ATH – and an increase of almost 10x since late January.

Tether migrates to a slew of blockchains

At press time, the market cap of Ethereum-based USDT, which was introduced back in November 2017, is currently sitting at $5.7 bln, according to Etherscan.

The aforementioned figure dwarfs the highest supply of Omni Layer’s USDT, which peaked at $3 bln back in 2018, three years after the start of its trading.

The protocol that is built on top of the Bitcoin blockchain has seen the number of its USDT tokens shrink by more than 50 percent as a result of numerous chain swaps. As reported by U.Today, Ethereum eventually made the ‘Tether flippening’ happen in late October 2019.

Apart from Ethereum and Omni, Tether has also become a tenant on more exotic blockchains, including Tron and Algorand. Earlier this month, the former surpassed Omni, thus becoming the second-largest Tether issuer with more than 1.6 bln TRC-20 tokens.

After abandoning Bitcoin, its initial home, due to scaling issues, Tether launched a new version on the Bitcoin Cash (BCH) blockchain back in March.

Tether, the leading stablecoin that brings liquidity to cryptocurrency exchanges, has so far been this year’s biggest crypto story. Battered investors who found themselves in the middle of the seismic sell-off that happened on March 12 rushed to fiat-pegged stablecoins to hide from insane volatility.

The circulating supply of USDT started to skyrocket, with the lion’s share of these new tokens being issued on the Ethereum blockchain.

The controversial stablecoin, whose reputation has been tainted with insolvency accusations and lawsuits, is now the third-largest cryptocurrency by market capitalization after surpassing XRP.

The circulating supply of Circle’s USDC also skyrocketed to $708 mln, but it still represents only a small fraction of Tether’s market share.