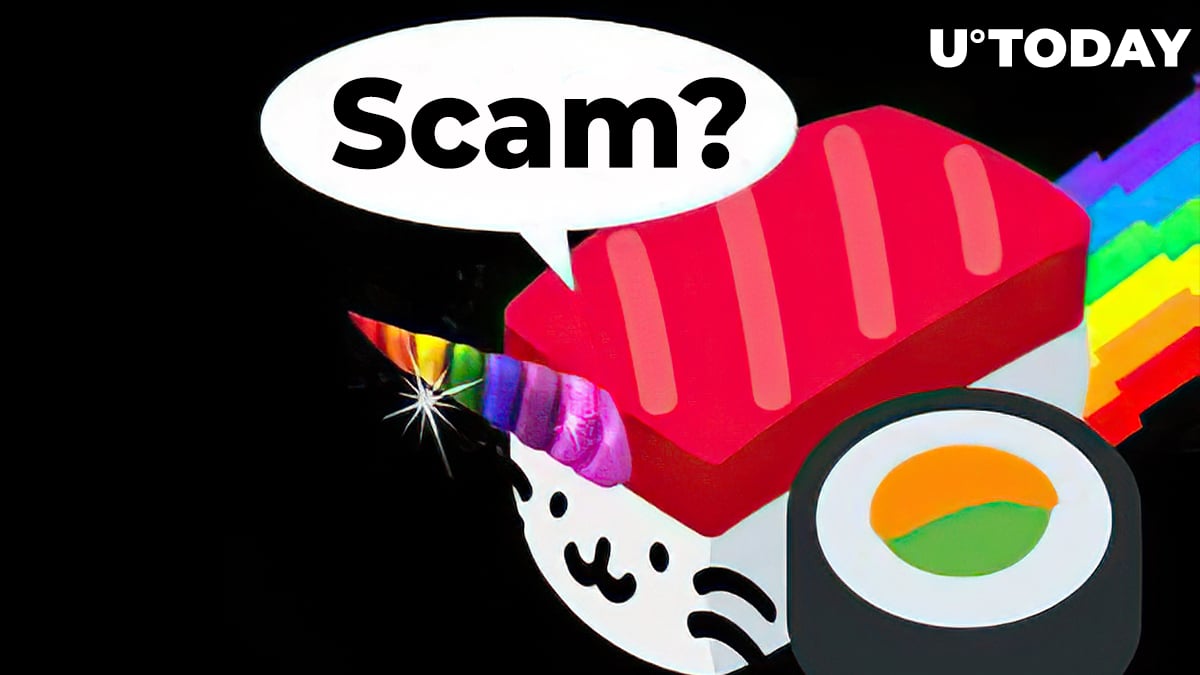 The South African software developer further says that it checks every point of your typical initial coin offering (ICO) scam.

SushiSwap, which is basically a copypaste of Ethereum-based automated market maker Uniswap, was launched with the noble intention of taking power from venture capitalists and putting the community in the driver’s seat.

Things took an ugly turn when SushiSwap’s anonymous founder Chef Nomi swapped all his SUSHI tokens for Ethereum (ETH) and handed control to FTX CEO Sam Bankman-Fried. As reported by U.Today, he then returned his riches back to the treasury in another unexpected twist.

In spite of this imbroglio, SushiSwap’s “vampire mining” strategy has succeeded, with $830 mln migrating from Uniswap this week.

However, with airdrops, sky-high salaries, and routine pump-and-dumps, the new big thing in DeFi seems like good old ICOs, which makes many industry luminaries question its viability.

Back in July, YFI, the governance token of yearn.finance, became the new darling of yield farmers, which resulted in its explosive growth.

Investors paid no heed to Cronje’s warning that YFI had no monetary value.

On Sept. 13, the token reached a new all-time high of $44,081 on the Binance exchange after getting listed on Coinbase Pro.

However, Cronje, who had to take out a loan to finance the development of yearn.finance, didn’t benefit from this meteoric rally.

Cardano Turns 5, Here's What Comes Next
Show all