Support Zones for Bitcoin Price: Is $5K the Worst Prediction That Might Actualize?

Vera Yurina
Bitcoin is in a falling wedge again, searching for the support zone. Read BTC price forecasts from TradingView to find out how low it can go 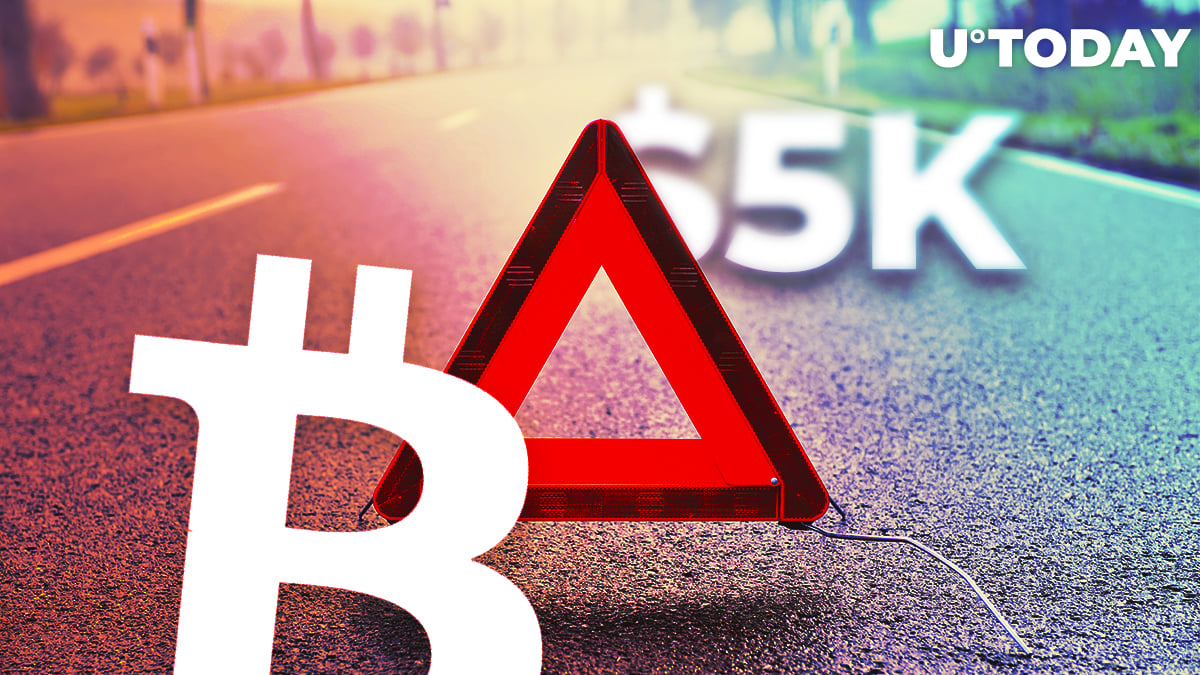 We kept guessing for how long Bitcoin can hold, and here it is – a more bearish scenario played out. BTC did not manage to reach the much sought-after $10,000 level and dumped 12% overnight. It signifies the beginning of a new retracement period, a new bearish market in which alts are drowning, too.

What to expect from the falling BTC price? How long it will take to accumulate new forces? Read Bitcoin price forecasts from TradingView users who come up with their ideas of BTC bottoms.

There’s no way back

VictorCobra suggests that the recent $6-7,000 area prior to the dump was the accumulation area. This is the reason $6,000 didn't really provide much resistance and the natural bottom was in the $6K area.

As you can see, the yellow scenario has now played out perfectly, which was a very bullish projection. We now have a couple of parallel channels. The bottom channel provided support in the $3K area, while the top channel is the one we just broke back into once $6,800 was surpassed. This gives Bitcoin some room to fall to the low $7,000 area if it's going to make a correction now. It also means that there's not much support until $5,000-5,200 if that breaks.

It's clear that Bitcoin is still on its long term uptrend. Since Bitcoin has followed one of the most bullish possible scenarios, it may play the most bullish possible scenario for the upcoming months. The top resistance (drawn between the previous two bull market peaks, in pink) is currently above $60,000 - that price could actually be reached before the end of this year. Bitcoin has gone through a double bubble cycle before. There's no reason why it can't do it again.

BTC is in a falling wedge

Judging by the Bitcoin chart from WeaverMJordan, we have developed a 4H Falling Wedge hanging off of the "broken" parabola. We have a nice confluence here with a run up to $9,200 based off of the prior measured move and the R3 on the 4H. BTC would possibly back-test of the underside of the parabolic move – if there is large bearish rejection here, a blow-off top could easily follow.

Everyone is expecting a retrace here, so there's a good chance it won't happen. Nice bullish test of the R1 with daily close incoming and nearing the tip of the FW. We will be watching the R2 at $8,300 for a possible double top if rejected.

BTC is running through a descending channel

Looking at the BTC price chart from Faibik, we can see that in shorter TF BTC is making descending a channel, so it can break up or broke down anytime. MA100 line is acting a strong resistance ($8,000). If BTC breaks up the channel then it might test $8,000 resistance. If BTC breaks down the channel then we can see the bottom of $7,460 establishing for long. Judging by the price chart, BTC can do a few downs and ups in the following week before peaking to $8K again.

Here’s a quick look at the Bitcoin weekly chart. BTC failed to clear the low $8,000 resistance level. On the daily, all momentum indicators are pointing south so short term the path of least resistance is to the downside. If we stick with historical trends then every summer/spring rally is followed by considerable falls across cryptos, which means at least 30%.

So, what we can see?

Could the market continue growing despite such scenarios? Why not. BTC could soar at $20K tomorrow, but it would need incredible volume to take it higher. The $8,300-8,400 resistance is key.