Recently, U.Today wrote that on the wave of reports of IBM partnering with Stellar, the price of XLM jumped over 35 percent and pushed out Tron from its #8 position on Coinmarketcap. 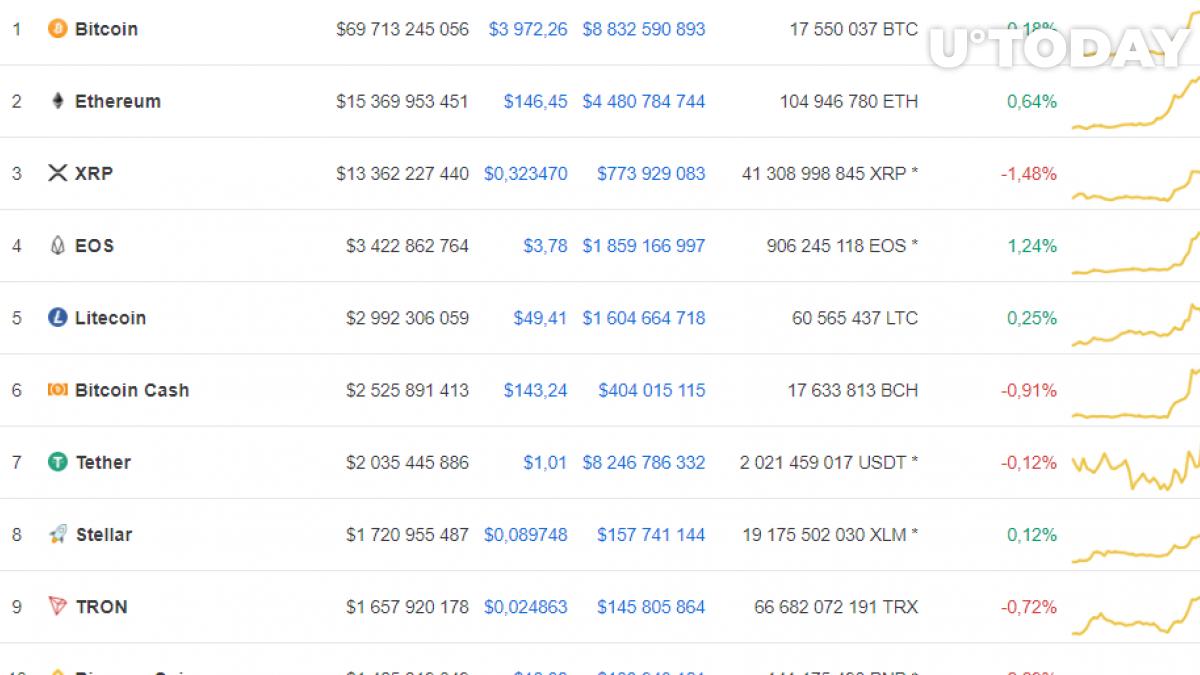 Users on social media and news outlets began to speculate that heading forward at this pace, XLM may grab the market of its rival, Ripple. However, that does not seem to be the case, since in 2018 Ripple managed to get itself over 200 banks as partners wishing to trial its RippleNet system, including Binance exchange.

Tron and Stellar have swapped places despite the aggressive advance of the former into the crypto space and its potential rollout into the gaming industry, when Tron signed a memo of understanding with several major game-makers of South Korea.

BitTorrent is helping to ‘drag’ Tron along the crypto field, and with BTT being actively added to various exchanges and launching a GRID X BitTorrent card, this slump of TRX to position #9 from #8 may well be temporary.

Besides, Tron is working on launching its own DEX, TronWatch, which should also add popularity to the platform itself and its coin.

ETH, the second currency by market cap, is beginning to show a stronger bullish trend upon spiking over 36 percent in February so far. On charts, the coin has gone above the key Moving Averages.

One of the major factors that is, as per analysts, pushing Ether upward is the upcoming Constantinople hard fork. It seems to be warming up market sentiment, getting investors to buy more in hopes of large returns in the near future.