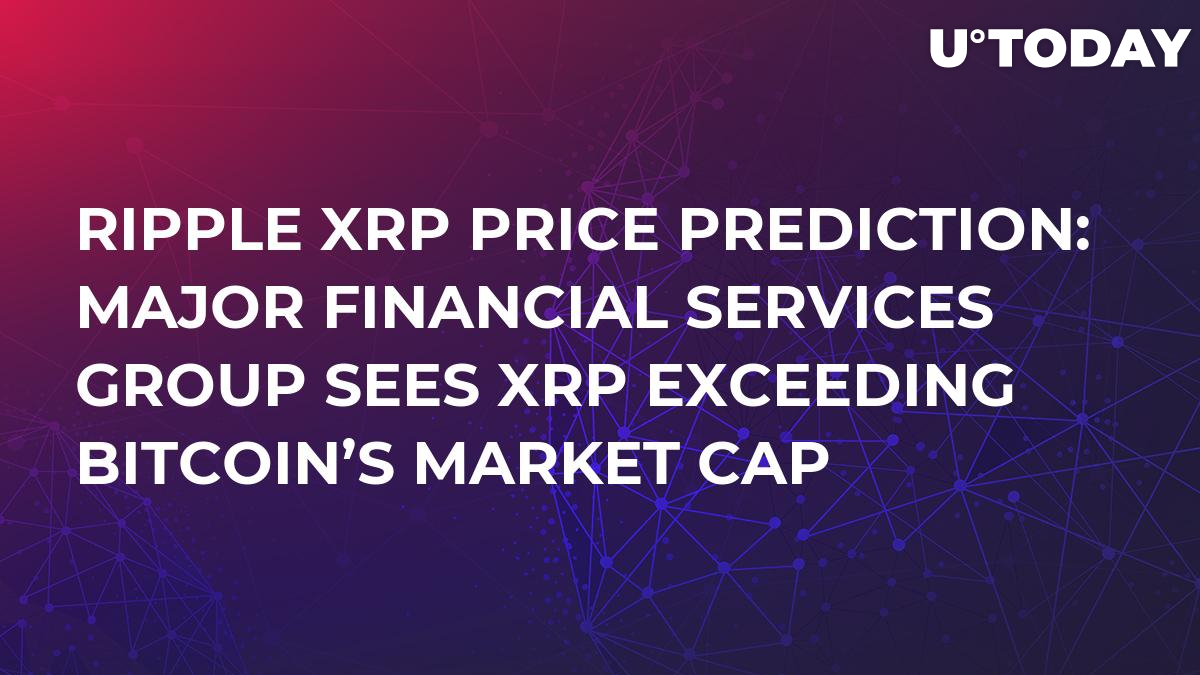 The SBI Group, a Japan-based financial services giant as well as a keen partner with Ripple for their bank settlement cryptocurrency, are bullish on the XRP token overtaking the current head of the market cap standings, Bitcoin.

The President and Representative Director of SBI Holdings, Yoshitaka Kitao, has come out and said XRP is dominating international expansion and will become global in the future. This global domination, based on XRP’s propensity to partner with major financial institutions across the globe, means Kitao sees it overtaking Bitcoin.

Bitcoin has stood at the head of the market cap standings in relation to cryptocurrency ever since it was invented some 10 years ago. Other coins have come close to knocking it off, but the decentralised coin has stood firm. But, if Kitao is right, XRP could overtake the market cap with a huge growth in price from global adoption.

Ripple’s XRP token is as a cryptocurrency global and borderless, just as Bitcoin, because of its decentralised nature. However, Ripple has been looking to run XRP like a business with its xRapid product.

Thus, its growth is based on its adoption by financial institutions around the globe, and as this adoption grows, the worth and interest in XRP will increase, and thus its market cap will begin to rise.

Ripple has already shown its power in growth as opposed to other major cryptocurrencies, often stealing second spot from Ethereum in the recent past. Ethereum was once a coin that was almost overtaking Bitcoin, but it is now under threat by a much more compliant and potential-full XRP token.

Because Ripple is trying to build XRP’s use cases for financial institutions, it has an advantage over other tokens in that it will be useful rather than just a cryptocurrency experiment. It is highly believed that once crypto finds its killer application, the price of it will skyrocket as people flock in demand.

If XRP does become more globally adopted, there will be an influx of interest in the coin and thus its price will shoot up, allowing it to overtake Bitcoin’s market cap in no time.