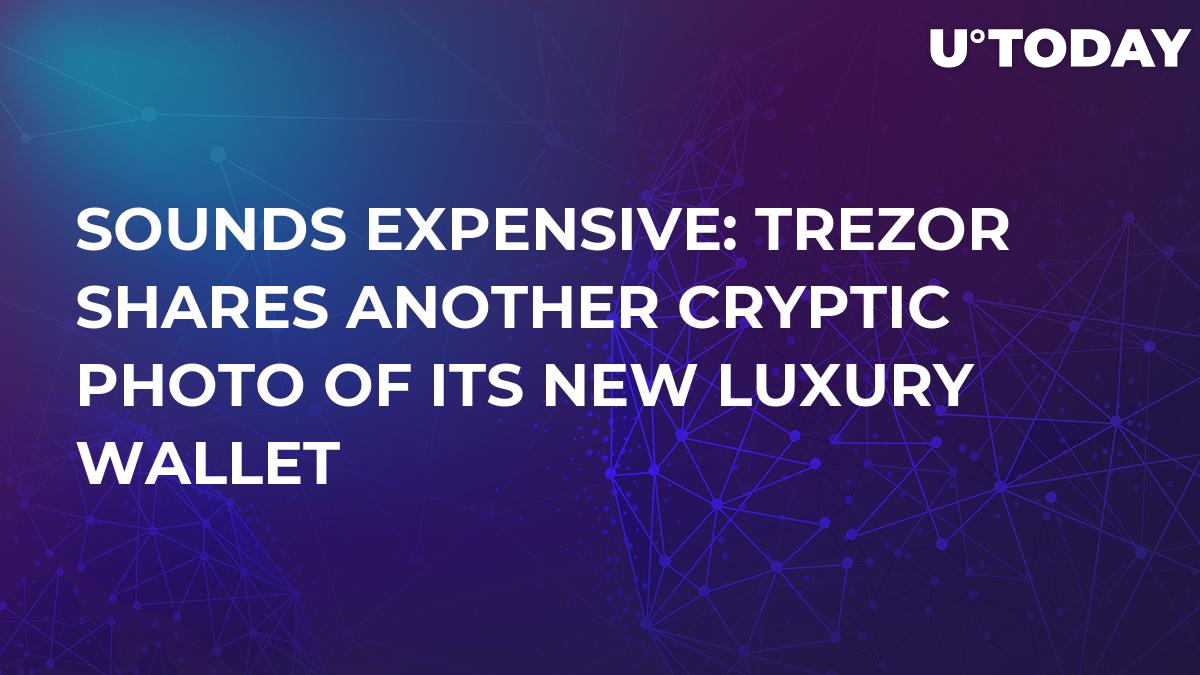 Trezor has just published another sneak peek of its upcoming project. The new picture clearly shows the Trezor logo with the startup revealing that there will be a limited edition of the product, which was prepared by an unnamed luxury designer.

Here is a little hint for you: The whole concept was prepared in collaboration with a luxury design company and it will be a limited edition! pic.twitter.com/8ZOAhSxamZ

After Ledger made waves with its Nano S wallet, Trezor, its major competitors in the hardware wallet market, quickly announced new software patches. However, on Jan. 10, Trezor stepped up its Twitter game by playing coy with followers. They posted a cryptic image that, as some users suggest, reminded a coffin or even a spaceship.

Something big is coming soon! Do you want to take a guess what it could be? pic.twitter.com/Tum6puHMly

Putting ridiculous theories aside, it seems rather obvious that Trezor is prepping to present the metallic version of its cold wallet. While the above-mentioned collaboration with a luxury design company sounds impressive,  the metal version alone won’t bring anything new to the table. Hence, Trezor should have something else up its sleeve to shell out top-dollar for this exclusive model. An in-built router, a full node with LN, preloaded BTC are some of the perks users want to see in the new model.

Notably, there is also one feature that Twitter users do not want to see — Bluetooth (given that it became the main it-factor of the Nano X model).

Both Trezor and Ledger keep millions of dollars worth of crypto. These wallets are pretty much on par when it comes to coin-safeguarding options, price and other characteristics, which makes it more difficult to choose between the two. Meanwhile, these leading wallet producers are striving to come up with new exciting features that would let them win over customers.