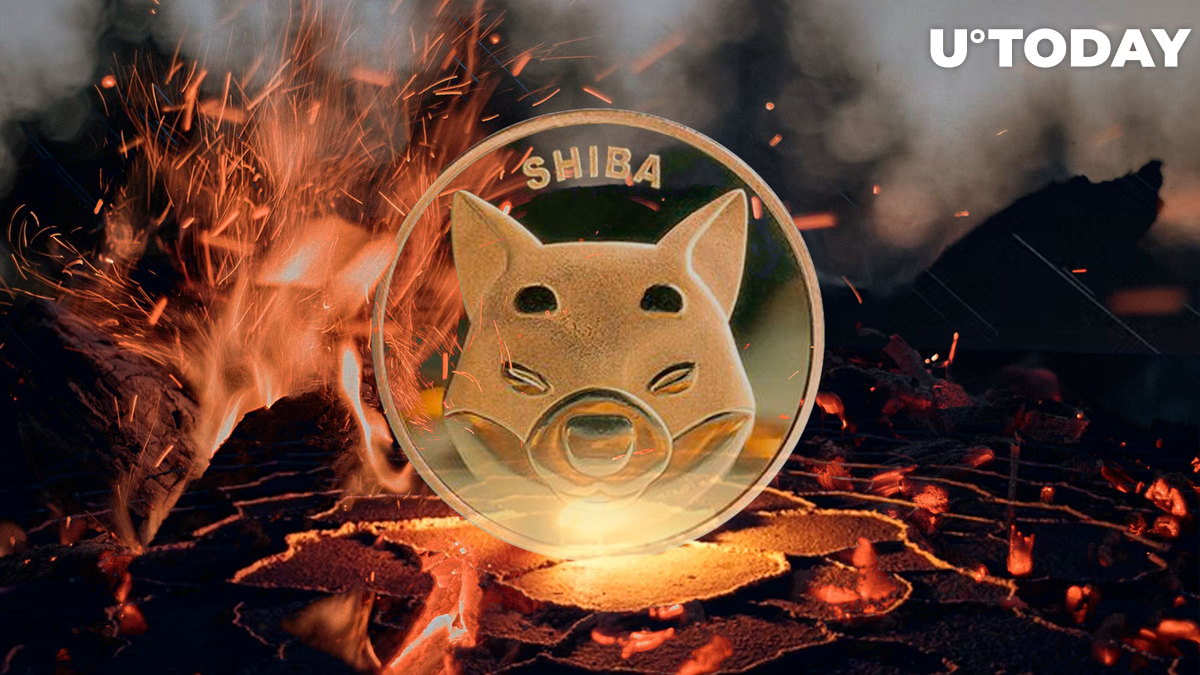 Shib army keeps locking SHIB tokens in dead wallets in hopes of pushing the coin's price up, but it has failed to reach its goal so far. Meanwhile, another 150 million meme tokens have been burned as part of a long-term SHIB burning initiative.

According to the Twitter page of Shibburn, a service that tracks SHIB burns and destroys these meme coins itself, in the past few days, roughly 149.6 million meme coins have been moved to unspendable wallets to be locked there permanently.

The largest lump of these four has been burned in the past 24 hours — 87,574,132 SHIB, taking 12 transactions to move that amount of crypto to dead wallets.

In the past 24 hours, there have been a total of 87,574,132 $SHIB tokens burned and 12 transactions. Visit https://t.co/t0eRMnyZel to view the overall total of #SHIB tokens burned, circulating supply, and more. #shibarmy

As covered by U.Today earlier this week, the Shiba Inu community has reached a new historic milestone related to its holder count.

On July 20, the WhaleStats on-chain data service reported that the number of Shiba holders exceeded the 1,210,000 level.

On Friday, a whale whose wallet is called "BlueWhale0159" made an acquisition of a staggering 150,000,000,000 Shiba Inu, which was worth $1,750,500 at the time of the trade. The investor is still holding these tokens, unlike other whales who sold them or moved these coins to other wallets right after they had purchased them.