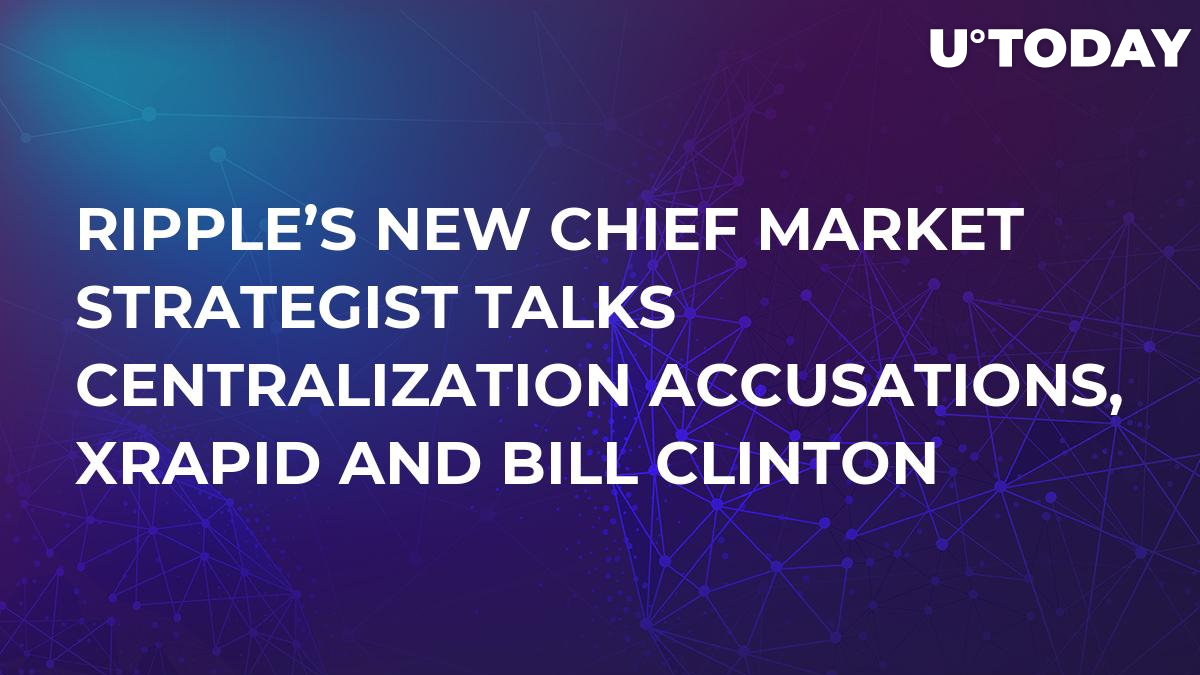 Naysayers usually slam Ripple as too centralized while failing to realize the difference between Ripple (the company) and XRP tokens. However, there is one man whose job is to battle this blatant ignorance — Cory Johnson, Ripple’s recently appointed chief market strategist. During his interview with Breaker, Johnson discussed his fight against biased accusations and other vital issues.

Johnson, who himself worked as a reporter for Bloomberg and CNBC, claims that one of the main reasons why Ripple gets a lot of criticism is because of “conflicting agendas” pushed by the media. He says that it is difficult for someone to praise Ripple over Bitcoin if they have Bitcoin in their investment portfolio. People resort to distorting facts and posting fake numbers as a part of their smear campaign.

In order to clear up the confusion surrounding Ripple and its native token XRP, Johnson draws an analogy with US-based oil and gas giant Chevron. Buying Checton sales doesn’t necessarily mean that you have the right to own even a barrel of world’s oil. The same goes for Ripple — buying XRP won’t grant you a stake in Ripple (no matter what amount of tokens is kept in your basket).

When it comes to centralization accusations, Johnson claims that they control only 10 out of 150 validators. Ripple owns 60 percent of the tokens, but 40 percent, he claims, are used by other institutions for developing their technologies. Furthermore, a cryptographic lock prevents them from selling off XRP tokens.

xRapid is picking up steam

xRapid, which supposedly pushed XRP price through the roof last September, is already being adopted by major banking institutions around the globe, including Spain’s largest bank Santander. Notably, smaller companies that handle remittances follow suit as well by signing up to Ripple’s network.

Ripple’s market strategist also shared his take on recent Bill Clinton’s speech at this year’s Swell conference. While the crypto community responded with a tongue-in-cheek reaction, Johnson claims that Clinton’s knowledge about crypto exceeds his expectations.

Meanwhile, he praises the open-mindedness of Trump administration claiming that it is doing “a lot of homework” regarding XRP.