Ripple Releases 1 Billion XRP from Escrow, While XRP Soars to $0.66

Yuri Molchan
Following the tradition, Ripple fintech giant has released 1,000,000,000 XRP tokens from escrow, while Bitstamp and Coinbase together have moved 645 million XRP 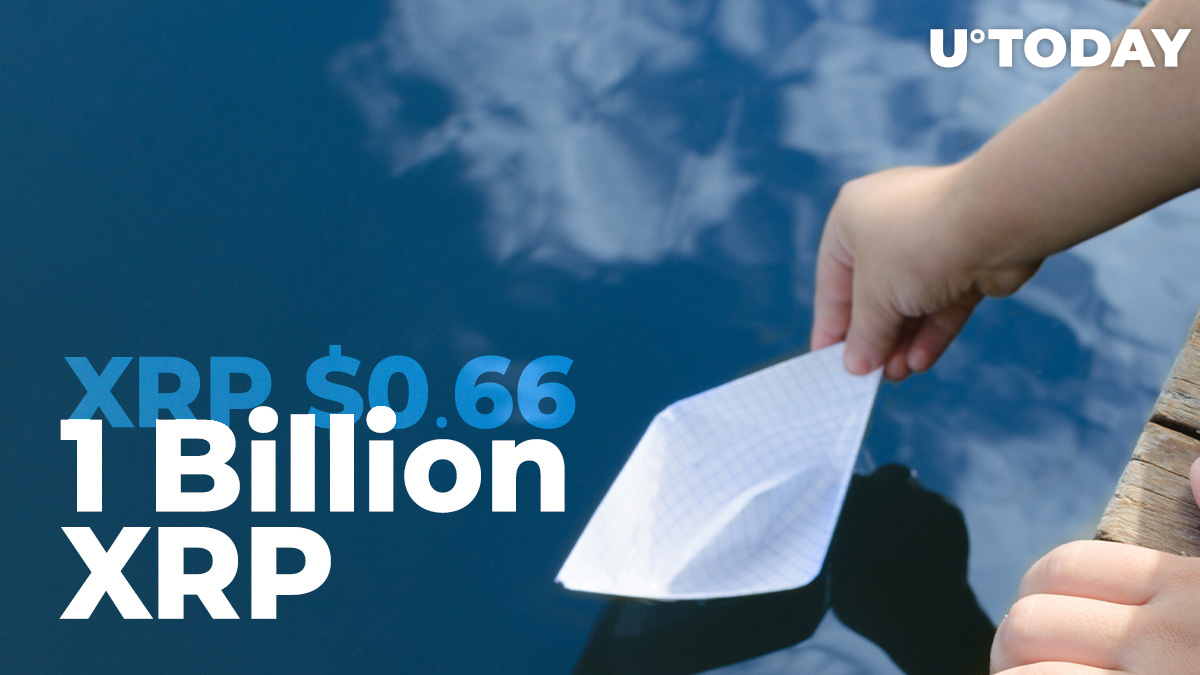 While the price keeps rising, Ripple has unleashed a whopping 1 billion XRP from its escrow wallet. Other major players—like Bitstamp and Coinbase—have moved a gargantuan 645 million coins.

According to data from Whale Alert, the Ripple blockchain behemoth has unlocked a massive, but already habitual for the community, amount of 1 billion XRP from escrow.

A total of 800 million of the released XRP, as a rule, gets locked back in, and around 200 million are kept by Ripple to cover its operational expenses, investments, etc. Now Ripple has more expenses because of the lawsuit initiated by the U.S. Securities and Exchange Commission on charges of XRP being "an unregistered security" and everything that follows this allegation.

Whale Alert has also reported that other major players on the cryptocurrency market, such as Luxembourg-based Bitstamp and the largest U.S.-based exchange, Coinbase, along with smaller exchanges, have transferred an eye-popping amount of 645 million XRP.

Bitstamp is Ripple's European ODL corridor that works with the XRP/EUR pair. It has sent 40 million XRP to custodial platform BitGo, used by Ripple to store XRP.

As for Coinbase, it wired 400 million XRP in one go between its wallets. CEO and founder of XRPlorer service, Thomas Silkjær, has commented that the exchange moved the funds from its cold to its hot wallet.

The platform is on the list of those exchanges that have suspended XRP trading due to the SEC lawsuit, and it has also been sued by the securities regulator to charge commission fees on XRP trading.

Since the early hours of Saturday, XRP managed to demonstrate a 2x growth and surged to $0.40 by the end of Saturday. At press time, it has surpassed the $0.60 level for the second time today and is now trading at the $0.66 level.

It has also managed to recover its fourth position from Polkadot and has moved back to third place, throwing Tether one step backward.