QTUM Price Prediction for 2019 — Time to Be Strong

Denis Sinyavskiy
??QTUM Price Prediction for 2019: Good Time to Buy or the Last Opportunity to Sell? An Analysis of Both Roads 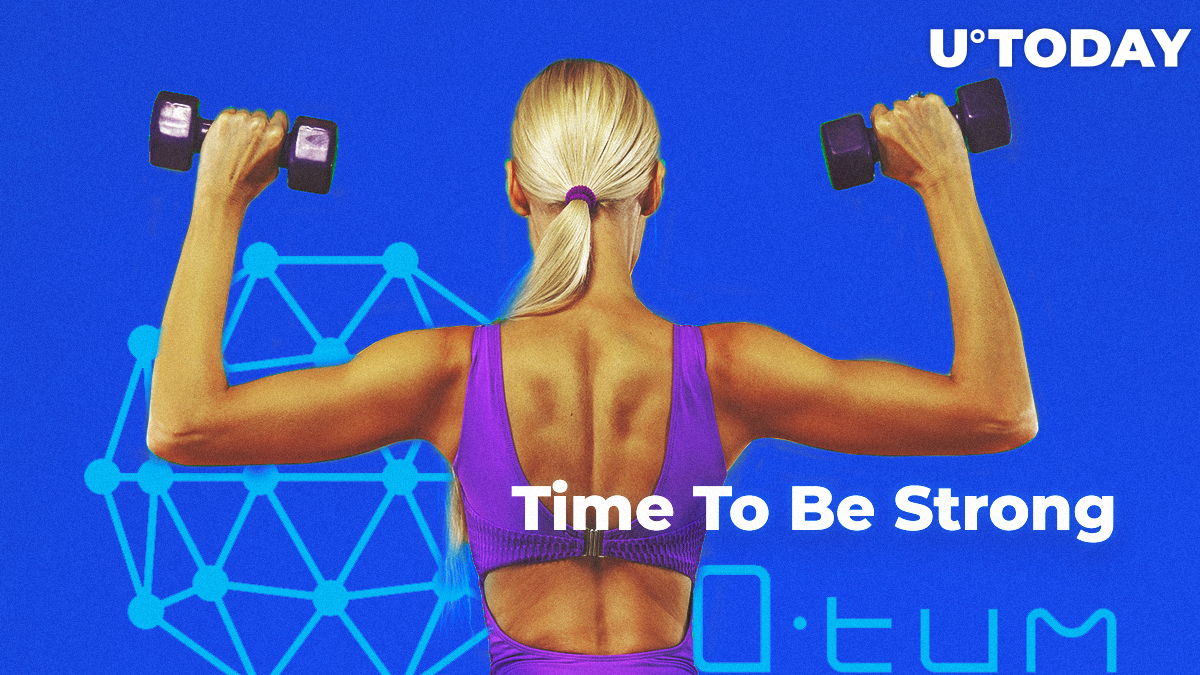 Is the QTUM idea good enough to keep afloat? Time shows mixed results. But does this mean that with QTUM, everything is finite? Of course not! We will discuss prospects, technical analysis, and positive and negative scenarios for the altcoin, step by step.

What is the idea of ​​QTUM?

Quantum is a hybrid platform that allows creating applications and smart contracts using blockchain technology. The developers have tried to combine the best of Bitcoin and Ethereum in one project. And, they did it pretty well.

A decentralized way to store application data is a great alternative to servers with their vulnerabilities. This option ensures both the safety and security of data. Smart contracts are successfully applied in real life and are considered contacts of the future. QTUM is focused on mobile devices, which also makes it advanced.

At the same time, the platform is only gaining momentum. For 2019, there are plans to expand the project and launch new services, the details of which are described in the roadmap on the official website of the project.

As a result, QTUM sounds like a really promising project with huge potential. It will allow not only to use the possibilities of blockchain technology but to get profit from its advantages. In words, it all sounds very encouraging, but in fact, the price of the coin dropped below $3. Why is that?

A good indicator of the cryptocurrency community’s interest in a digital asset is its popularity in the press. Speaking of QTUM, it feels like a lack of popularity. There are not so many news, reviews and other materials on altcoin, and this indicates a weak interest from the media. The last significant news was the adding of the coin to the popular marketplace Quantfury.

Regarding the establishment of this cooperation, Miguel Palencia, CIO of the Qtum Foundation, said:

We understood our community has been looking for frictionless access to global markets, and we knew Quantfury, a platform renowned for transparency, ease of use, and lacking fees of any kind, would be right for them.

This is really good news, which should revive a little interest in cryptocurrency and assure owners of assets that the project is developing. Otherwise, the absence of bad news is good news. And that is exactly the case. Developers’ confident steps embody and develop the platform but not everything turns out to be done on time.

Today, QTUM is trading within $3. It is difficult to call the price high, even in the context of the history of Quantum, although this is the best results for the last 5 months. The total market capitalization is $260 million. With this indicator, the coin is in 29th place in terms of capitalization among all cryptocurrencies. To understand the overall picture, it is worth highlighting the entire history of the QTUM/USD pair course:

Now, the value of the QTUM/USD pair is holding in a zone of $3. It is necessary to understand that, like all altcoins, QTUM depends on the welfare of Bitcoin. If you compare the graphs of the main cryptocurrency and QTUM, you can easily see their similarity. And certainly not that the BTC repeats the movement. It so happened that with a market dominance of 51.9%, Bitcoin affects all cryptocurrencies. And all previous and current results of QTUM are a consequence of this fact.

In the analysis of cryptocurrency is worth evaluating competitors too. We talked about three QTUM competitors earlier: they are NEO, Cardano and Lisk. If things are similar for Lisk, then NEO and Cardano are actively gaining momentum and can easily catch the attention that was addressed to QTUM.

Several indicators speak in favour of QTUM. Graphs show that the value of the coin stabilized after a long fall, and buyers managed to defend it in December at a level of $1.5, after which the gradual strengthening of the coin began.

Despite the fall in price by 12% over the last week, the graphs indicate a subsequent strengthening of QTUM, up to a mark of $3.5. Entry to the Quantfury marketplace, as well as the growing interest of the audience, predict an increase in trading volumes and the subsequent growth of the coin. However, there is a likelihood of a pullback to $2.5 or even $2, followed by an increase to the specified value.

The main sceptic source, as always, is Wallet Investor (WI). The service predicts a coin fall in 2019 at 77% to a figure of $0.7 per unit, despite a short-term growth in upcoming weeks. Even with bullish trends on the market in recent time, the WI forecast indicates a return of bears, which will entail difficulty in trading and a gradual decline in prices.

In support of this opinion, it is worthwhile to include TradingView technical analysis indicators, which even against the background of growth recommend to sell the asset rather than buy. We also note that it’s rather difficult to make predictions about the growth of altcoin beyond 2020. The current state of affairs and the speed of development says that the coin may simply not reach this date, which would be pretty sad, given the prospects of the project. In our opinion, the first half of 2019 will be decisive.

Quantum is an interesting project that can bring real benefits for businesses and people. However, high competition in the niche and inexpressive results make the altcoin’s future doubtful. In many ways, the fate of QTUM is in the hands of Bitcoin and its movement. To a lesser extent — in the hands of developers and, especially, its marketing department.

2019 will be a decisive year for QTUM if buyers manage to defend a cost of at least $2.5. A gradual increase is expected over the course of the whole year, but if sellers push this threshold, real drama can flare up. Whether you will be its participant or observer — it’s for you decide.