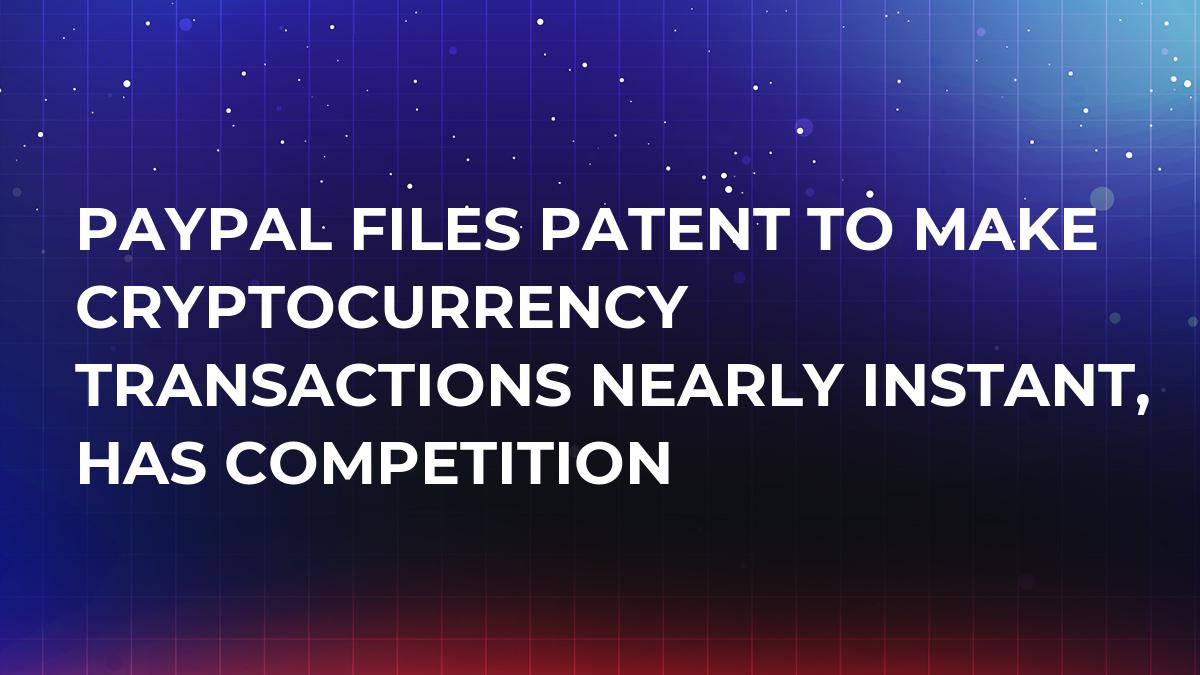 PayPal has filed for a patent on a method for enabling faster cryptocurrency transactions. Their system would involve the creation of so-called “secondary keys” tied to the user’s wallet. These would be actual private keys to addresses containing a predefined amount of money. Rather than sending payment ordinarily, a buyer would actually exchange some of these private keys with the seller.

Somebody who owned one Bitcoin might actually have that coin split up amongst many different addresses, such as:

If somebody wanted to buy an item that cost 0.07 BTC, they would send the seller the private key of two addresses that contained 0.01 BTC each, and one address that contained 0.05 BTC. The seller, now having control over the funds, would not have to wait up to an hour for the traditional six confirmations before releasing or shipping the goods to the customer.

Recipients of Bitcoin typically consider the transaction to be fully irreversible, “fully confirmed,” in after six new blocks have been mined. Since a new block is added to the Blockchain roughly every 10 minutes, on average, it takes about an hour for a Bitcoin transaction to have fully cleared. This is usually fine for those who order something online because the buyer knows they have to wait for the item to be shipped.

However, even online shoppers can be inconvenienced during times of rapid price changes. If Bitcoin goes down two to three percent in the hour that it takes to fully confirm a transaction, the seller might not honor the sale due to the change in exchange rate between Bitcoin and the US dollar.

But what if somebody wants to buy a cup of coffee with Bitcoin? It’s not practical to wait an hour before receiving your order. What if that person wants to go shopping using Bitcoin? Nobody is going to wait an hour before being allowed to leave the store with their purchase. Even if a vendor decides to consider transactions final after only one confirmation, that’s still about a 10-minute wait. What’s worse, due to random variance, it can rarely take an hour or longer for just one single block to be found. In-person shopping using Bitcoin would be challenging.

Other cryptocurrencies have attempted to solve this problem. Some, like Litecoin, use faster block times to alleviate part of the wait. Although in that case, a shopper would still be waiting 15 minutes for six confirmations. Others, like Dash, have employed a more technical solution, allowing transactions to fully clear in just a few seconds.