Eric Eissler
Fighting for freedom in the digital age, how one startup wants to liberate the world 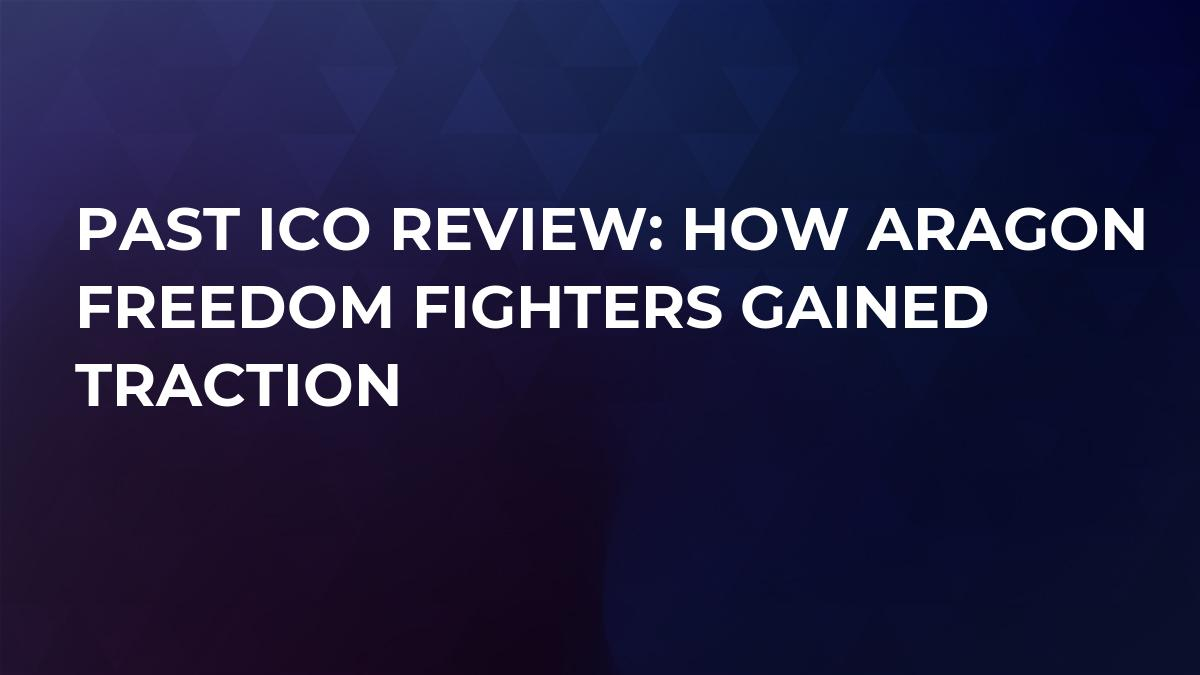 Everyone knows someone who talks a mile a minute, while how about an ICO that raised a million dollars per minute for 26 minutes?! Shocked? Go ahead and pinch yourself, you are not dreaming. Aragon raised 25 mln in 26 minutes, it hit its record 26-min ICO on May 18, 2017. Aragon entered the market the same day at $1.49 per token and has risen 184.5 percent up to 4.24 at the time of writing. It has a market cap of $112 mln and ranked at 135 on CoinMarketCap.

Create and run an organization out of the box

Aragon is a Dapp on the Ethereum Blockchain, ERC20 token, that allows the user to create, run and manage a decentralized organization. The company’s motto is to put power back to the people. According to the website, “We want to empower people across the world to easily and securely manage their organizations. We provide the tools for anyone to become an entrepreneur and run their own organization, to take control of their own lives.”

The company has essentially created a smart-contract Blockchain software that works without having a Blockchain expert on staff.

Blockchain experts are not just growing on trees! Not having a Blockchain expert on staff is cited as one of the many reasons why companies are hesitant to enter into the new space. Blockchain is a powerful tool but with great power come great responsibility. Many company heads are fearful of putting up any sensitive information that could remain on the chain forever.

How is it different? How is it not?

Oh? So it’s like the others? You can use it to vote, hold elections and keep contracts in place? Yes, that’s right, just like the others, which in a large sea of competition, it is easy to get lost or confused with others. So what sets Aragon apart from the others? FREEDOM! The team behind the tech are concerned about the future at the crossroads of technology and humanity because technology is either going to lead to a more transparent, free, open society or it will aid more oppression, surveillance and confinement of society.

The team would rather not see that and so they chose to fight for freedom and fight they do by offering easy to use tech for organizations to become decentralized and stick it to the “digital man.” This idea has become popular with many in the cryptocurrency community because of its ability to increase efficiency, and participate in the first decentralized autonomous organization focused on digital jurisdiction, upgradeability and functional governance.

Is listed in Forbes 30 Under 30 and MIT Tech review. He founded Stampery, a time-stamping project in the Blockchain ecosystem. His has experience working with the likes of the Estonian government, Microsoft and Telefonica.

Having created various popular applications, with accolades ranging from receiving a Thiel fellowship and a WWDC scholarship by Apple at a tender age of 15 as one of the most promising young app developers.

While it does not sound as exciting as asking oracles to peer into crystal balls and predict the future, the company is growing its following. More than 750 organizations are using the Aragon’s testnet and the Slack channel has more than 500 members.

While Aragon is building a following online, there are still some features that need to be implemented such as digital arbitrage. Additionally, the token price has been rather stable, only showing growth in the past two months - perhaps due to support from the Slack users? If Aragon cannot implement its software, it is not going to go anywhere fast except faded memory.