Most Important Day for XRP, Cardano and Bitcoin Could Be Today: Crypto Market Review, July 27 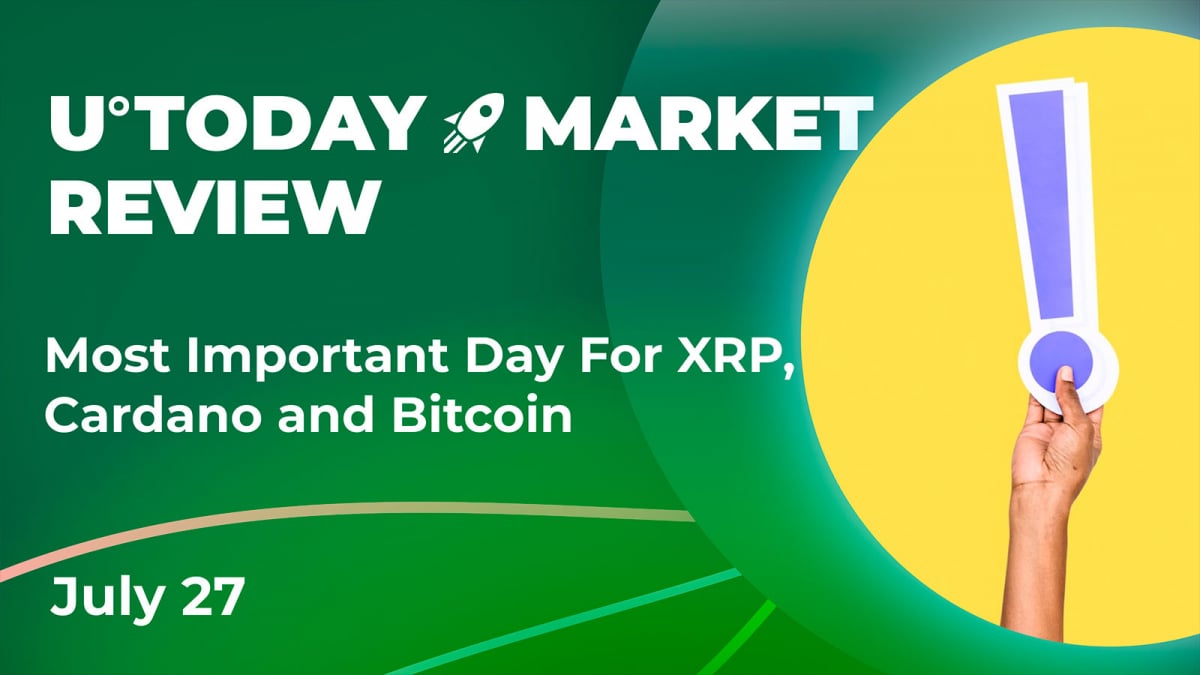 Today is the day that both cryptocurrency and financial markets have been waiting for as the Fed will finally decide if it should increase the key rate in the country by 50, 75 or even 100 bps to strengthen the national currency and tame uncontrollably high inflation.

How does crypto feel ahead of another hike?

The cryptocurrency market correction we saw between July 19 and July 27 might not be just a "technical correction" but the actual pricing of an upcoming rate hike that usually affects risky assets like cryptocurrencies significantly.

With most assets losing around 5%-10% of their value in the last few days, we can tell that the market is already getting ready for the effects of the upcoming hike and even pricing out some unexpected actions of the regulator.

By selling or buying assets in advance, investors are trying to protect themselves from unexpected volatility that might appear due to some surprising things that a Fed representative might do or say.

What to expect after hike?

While the market believes that the Fed will stay on a 75 bps rate hike, some analysts believe that it will not be enough to tame inflation and the regulator should go for a 100 bps hike. Such a large rate hike will most likely cause another few weeks or even months of a bear market.

U.S. financial regulators have already hinted at the fact that they are going to push the strengthening of monetary policy until the end of this year, which means that the digital assets industry remains heavily pressured, especially if we take into consideration the fact that Bitcoin and other assets mostly follow NASDAQ stocks.

Large funds are getting rid of crypto holdings

Ark Investment fund, led by Cathie Woods, recently sold all of its Coinbase stock holdings, giving investors a signal about the upcoming long-term instability of the cryptocurrency market due to tight monetary policy.

In her latest posts, Woods expressed her concerns about the Fed's monetary policy, stating that the excessive hawkishness of the Fed is unnecessary and may lead to things we saw back in 2008.

Unfortunately, the regulator is aiming at a certain inflation target and will not back down until it is reached, so both the cryptocurrency and stock markets are going to bleed until the Fed reaches its goals.

At press time, the majority of digital assets are in a neutral state, and the largest representatives of the industry like Ethereum, XRP and Bitcoin are in the "gray zone" as they show neutral performance with insignificant price fluctuations.