Yuri Molchan
Tom Hagen, a Norwegian billionaire, claims his wife has been missing, the alleged kidnapper demands a ransom to be paid in Monero crypto coin 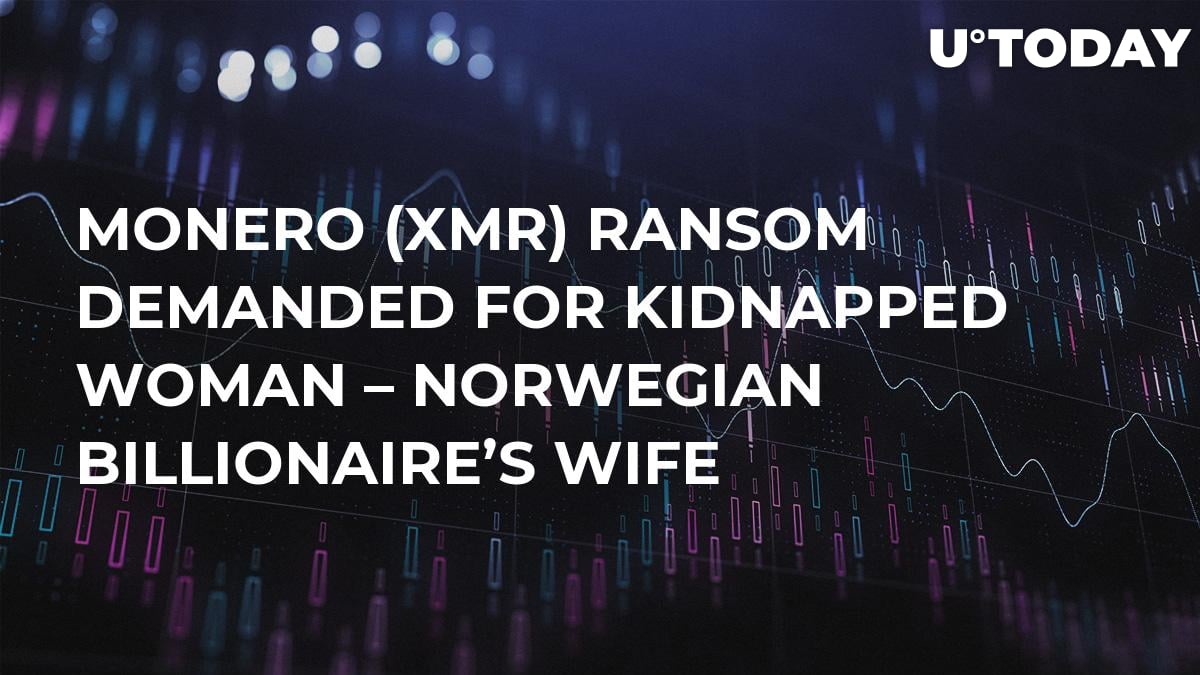 A Norwegian billionaire Tom Hagen has not seen his wife, Anne-Elisabeth Falkevik Hagen, for several months now. Recently, as per Norwegian papers, someone has got in touch with him, demanding a ransom in the privacy-oriented Monero (XMR) coin.

Anne-Elisabeth Falkevik Hagen has gone missing in October 2018. Since then, the local police have been conducting an investigation of the kidnapping. Until now, there have been no clear results. Now the kidnapping version has been confirmed.

Someone has got in touch with the billionaire saying they want a ransom in crypto – Monero, to be precise. The amount of the ransom is 9 million euros (around $10 mln).

Crypto can buy her life and freedom

Transactions in XMR are completely anonymous and impossible to track, this seems to be the reason why the criminals have chosen this particular coin. Unlike the widely-accepted belief, transactions in Bitcoin can be followed, so XMR is the best choice for criminals these days.

There are also a few other completely anonymous crypto assets, such as Zcash.

The man is on the list of 200 the wealthiest people in Norway, ranked 172. This list was recently released by the Kapital, a financial Norwegian edition. Last year, Hagen’s fortune was estimated around $200 mln (1.7 bln Norwegian krone). Tom Hagen has earned this money in the electricity speculation business.

Other cases of crypto ransom demands

Last year, U.Today reported several ransom demand cases – all of them took place in the South Africa. Kidnappers demanded Bitcoin. Among the victims were children and a businessman from Cape Town. All of them were released after the crypto had been paid.