David Dinkins
Mainstream media outlets worldwide are reporting that the major cryptocurrency exchange Binance has been asked by Japan’s FSA to cease operations. 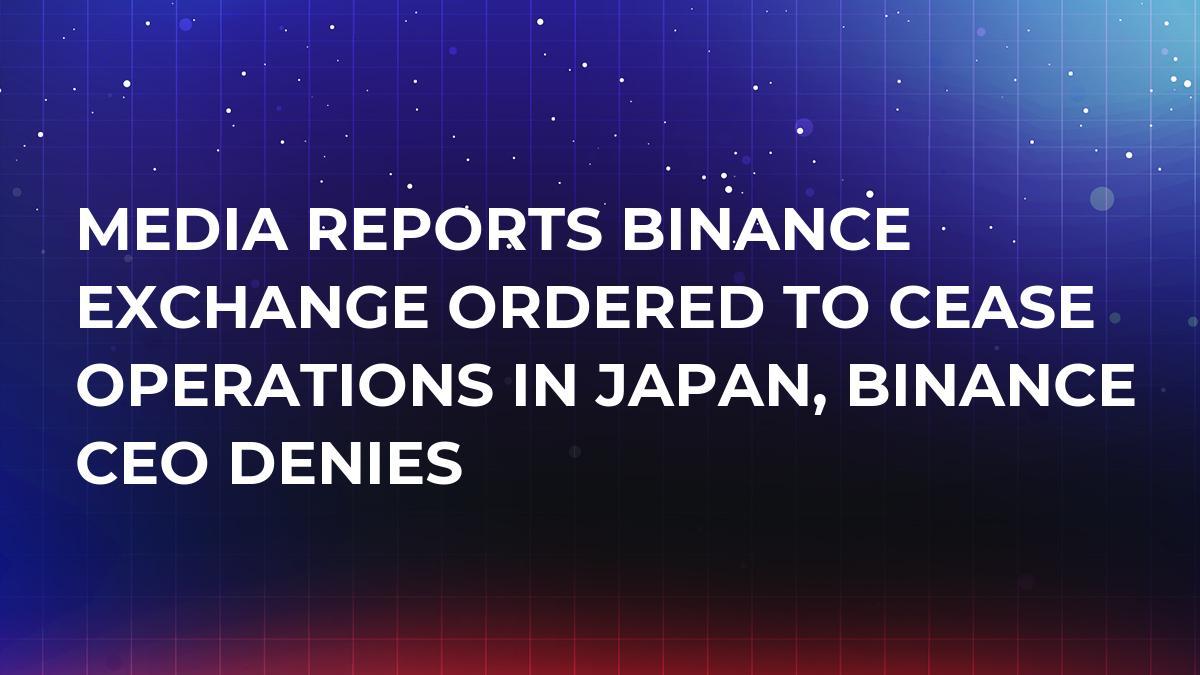 A local news outlet, Nikkei, has reported that cryptocurrency exchange Binance was ordered to cease operations in Japan following its unauthorized expansion into the country. Japan’s Financial Services Authority (FSA) is the regulator that oversees the nation’s licensing program for cryptocurrency exchanges. Following a half billion dollar theft from Japan-based exchange Coincheck earlier this year, the FSA has reportedly been cracking down on crypto exchanges.

Nikkei showed irresponsible journalism. We are in constructive dialogs with Japan FSA, and have not received any mandates. It does not make sense for JFSA to tell a newspaper before telling us, while we have an active dialog going on with them.

Japan seems to be adopting a carrot-and-stick approach to dealing with Bitcoin. Last spring they made Bitcoin a legal payment method, but shortly thereafter began imposing licensing requirements on cryptocurrency exchanges. The strategy seems to be to offer an olive branch, then bring on the regulation. Put differently, Japan’s government seems to have some faith in cryptocurrency, but only so long as it remains within the nation’s existing regulatory framework. “Rogue” Bitcoiners must be shut down with alacrity.