Darryn Pollock
Messaging apps are big business, and business that needs to remain private, so the introduction of decentralized messaging apps is important 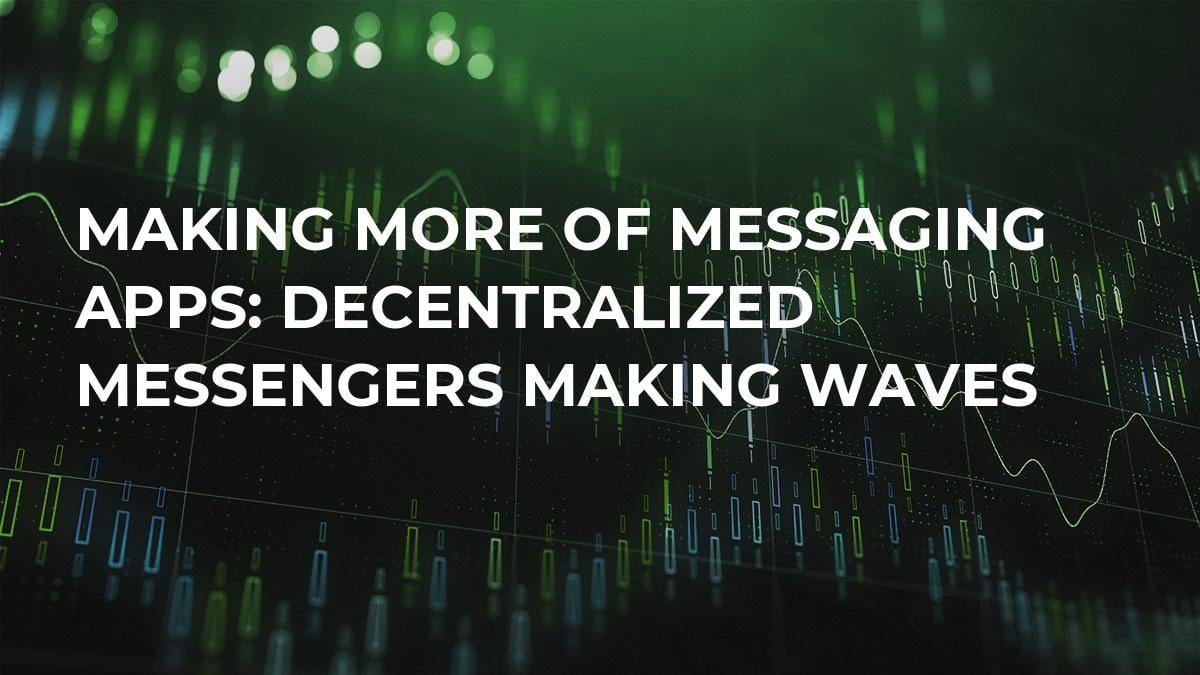 There is not much of a leap for messaging apps to understand the value of Blockchain and decentralized systems when it comes to protecting the privacy of their users. In fact, one of the most well-regarded privacy messaging apps, Telegram, have made headlines with their own ICO.

However, Telegram may have double-ended encryption, but there is a new wave of decentralized messaging apps that are becoming more and more important in an age where data is king and centralized authorities are monopolizing it.

There are a host of new decentralized apps making their way into the mainstream market, all offering the advantages that come with Blockchain technology and a decentralized organization.

Traditional and popular messaging apps such as Telegram and Whatsapp have integrated end-to-end encryption as a way to protect the data on their apps. It means that only the people involved in the conversation can read the messages and no third party can decipher the data.

However, while this protects the data, it is still run and monitored by the centralized authorities and are subject to government regulation and can be forced to divulge user data.

It is for this reason that Blockchain messaging apps are the next level in privacy as not only are they secure, but they are private and uncensorable. Being uncensorable is an important aspect, especially for people in countries like China who have to use WeChat and other monitored services.

There is a bevy of Blockchain messaging apps already out there all trying to hit the right balance and needs of their clients, but what they all know is that they cannot be stopped in traditional ways.

“Putin cannot request the keys to our database like he did with Telegram, simply because there isn’t one,” said  Andy Tudhope, part of the team from Status, a Blockchain-based messaging app for smartphones which runs on the Ethereum Blockchain.

“Brazil cannot ban Status like they did WhatsApp, because it is an open source protocol and community– there is no single person or small group who can be issued with a cease and desist to stop the network.”

“Google and Amazon cannot prevent Status from operating in Iran by blocking domain fronting as they did with Signal, because we use the Ethereum network itself as the transport layer for messages.”

However, in the race to be a totally uncensored and encrypted messaging app, it is not all blockchain applications, there are other iterations cropping up.

Companies like Riot, are doing something in between Slack and total Blockchain apps, as they use the Matrix Protocol instead of a middleman. While something like e-Chat is totally Blockchain based and incorporates the possibility to send and receive cryptocurrency on the messenger.

However, some are simply putting on a cryptocurrency-facing veneer, such as Bettergram which is essentially a fork of Telegram aimed at the cryptocurrency community with a few modifications to the telegram client, like a cryptocurrency price checker.

The days of Whatsapp, maybe Telegram, or some single messaging app being the only option are quickly becoming a thing of the past. The focus on not being censored, and the opportunity blockchain offers with that is allowing people far more choices, and better choices.