Looking Past ETFs, What Will Bring Institutionalised Investors to Bitcoin?

Darryn Pollock
There is still much trepidation about ETFs, but could there be another institutionalized tool that opens the door to new money? 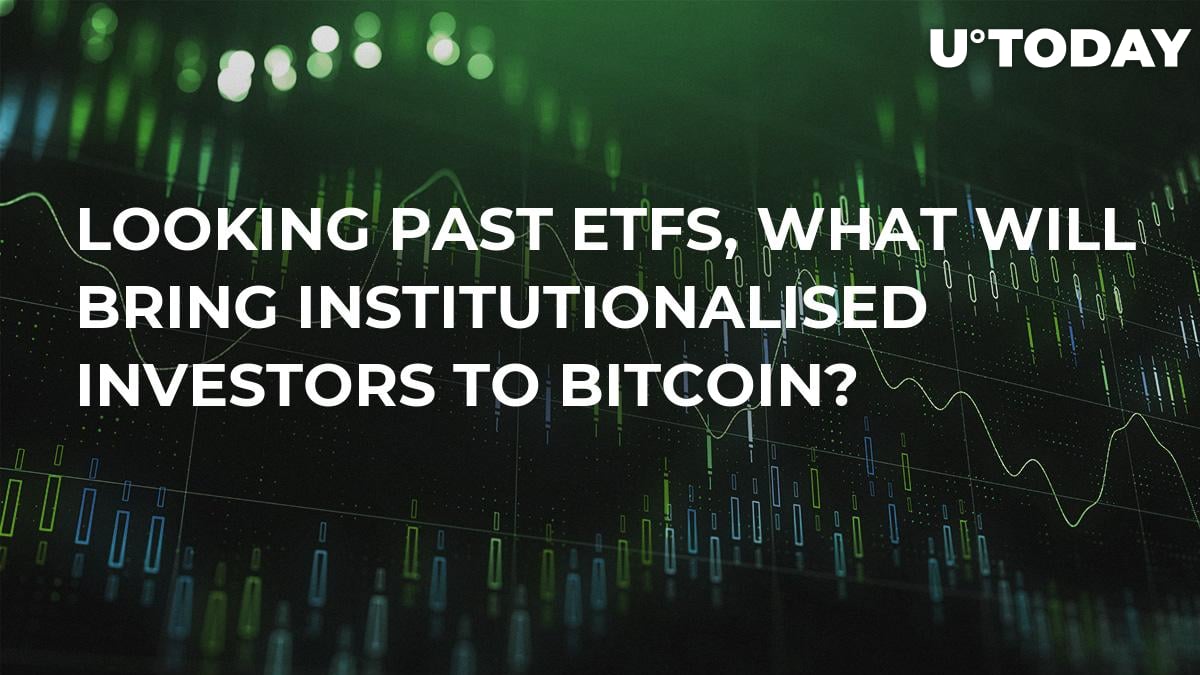 Ever since the Winklevoss Twins first penned a Bitcoin-ETF proposal for the SEC, there has been a lot of excitement but also trepidation around this institutionalized product. Many in the space believe that a Bitcoin ETF will open the floodgates in terms of new institutionalized money coming into the market.

However, the SEC, as the gatekeeper of this product, has not given too much empathy and belief in the product as it continues to mull over a few more applications after denying a number of others.

It means that even if an ETF is to be approved, it will not be for a while still; however, there are other advancements and bridging that are happening right now between the Wall Street-types and the cryptocurrency market.

Recently, Fidelity, the financial services giant that administers more than $7.2 trillion in client assets, announced a new and separate company called Fidelity Digital Asset Services. And in the near future, Bakkt, a venture that is set to be launched by The Intercontinental Exchange, along with some influential business partners such as Microsoft and Starbucks, will make landfall.

Could it be that these two advancements into Wall Street from the cryptocurrency market will hold the key to an amalgamation of institutionalized and cryptocurrency investment?

Bakkt on the horizon

It has become clear that the next bull run will be another form of adoption, just like that of December 2017, but this time it will rely on traditional and institutionalized investors who are still held back on Wall Street.

But Wall Street is starting to open a few doors for these investors, especially with Bakkt, a venture that will soon be open and available as it is launched by ICE, the owners of NYSE Euronext, the parent company of the New York Stock Exchange.

Bakkt is aiming to be a global network for trading and settling digital assets, and its partners suggest that it might be looking to enter the retail sector as well.

When it comes to institutional money, many believe that the launch of Bakkt will be the catalyst that the cryptocurrency community has been waiting for. Indeed, if the issue of adoption is barriers to entry, then Bakkt offers a familiar and understood method of investing in digital currencies.

A first for Wall Street has been Fidelity’s recent entry into the cryptocurrency market with its new company, Fidelity Digital Asset Services. The newly launched company will allow its customers to store and trade digital assets, it will begin with Bitcoin and Ethereum but will expand next year.

However, currently, this service is in fact open only to sophisticated investors, as there is a lot of legal red tape and regulations to get around when it comes to opening this stove up to everyone — indicating another major challenge to institutionalized investment.

Fidelity has at its head a Bitcoin maximalist Abigail Johnson, and she is a strong believer in getting this market more open and available to the clients she is used to dealing with — on Wall Street.

With these new products, services and companies backed by people who know Wall Street, there really has to be an uptake in adoption and a flow of money towards the cryptocurrency market, or else the goalposts need to move.

The belief is strong that it is the Wall Street money that needs its in to get into the cryptocurrency market, but if that in is indeed provided by the likes of Bakkt and Fidelity, and the money does not come in, perhaps a Wall Street wave of adoption is not on the cards.