Yuri Molchan
Chainlink rebounds to the $28.7 level on the network address activity moving to a 3-months peak 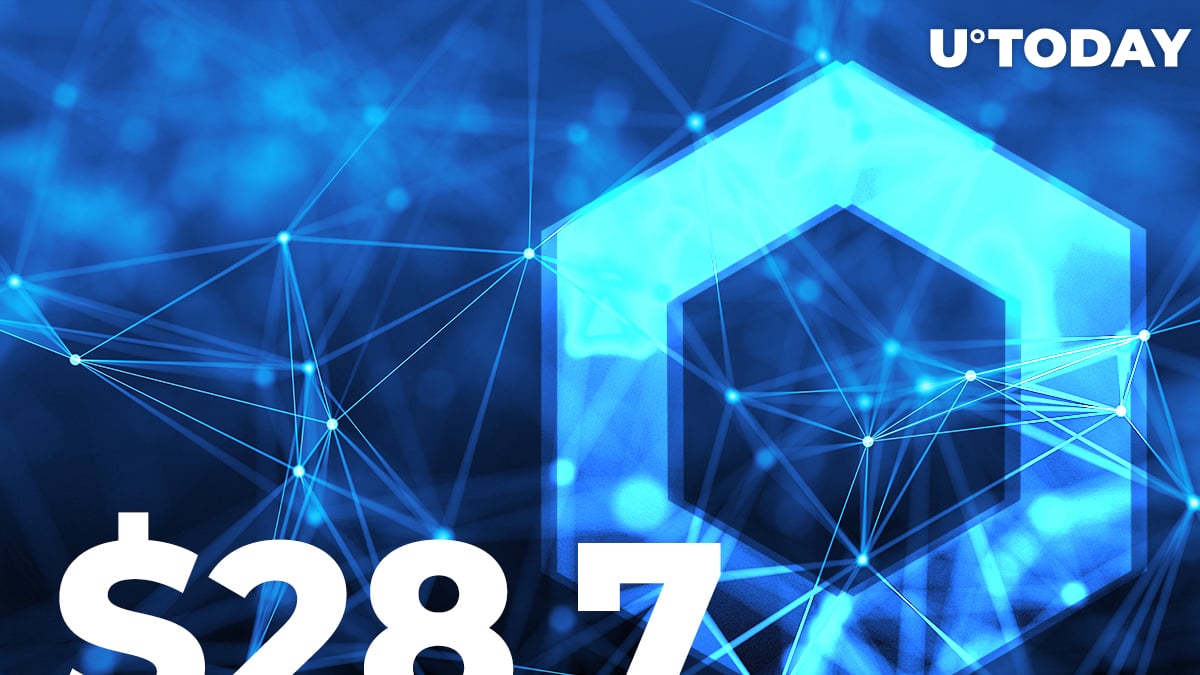 Chainlink (LINK), the 13th largest cryptocurrency, has been gradually recovering lately, striving to retake its recent two-month high of $30.4.

So far, it has risen to the $28.7 level – hit that on Friday, and is trading at $28.9 at the time of writing, as per the data provided by CoinMarketCap.

According to a tweet published by the analytics data company Santiment recently, the price jump of LINK occurred thanks to a rise in the address activity on the network – it surged to a two-month high.

📈 #Chainlink jumped back to as high as $28.70 Friday, rebounding toward its recent $30.40 two-month high made Monday. The difference? The unique amount of addresses interacting on the $LINK network has surged to a near 3-month high, a promising indicator. https://t.co/LOD9eyTYsi pic.twitter.com/fM9UPCuhOP

At the start of the year and its first half, Chainlink was one of the most popular altcoins as it was on the rise, announcing multiple new partnerships and taking new price highs one after another and reaching an all-time high of $52.88 on May 10.

Related
109.1 Million XLM Shifted to Coinbase from Anonymous Wallets as XLM Moves Up

Since then, however, it has been on decline and is approximately fifty percent down from its historic peak.