Kraken Pulls Out of Japan, Cites Rising Costs of Business as Reason

Darryn Pollock
Kraken is pulling its business out of Japan citing expensive running costs as its reason, although, there has been a tightening of regulation on exchanges in the country 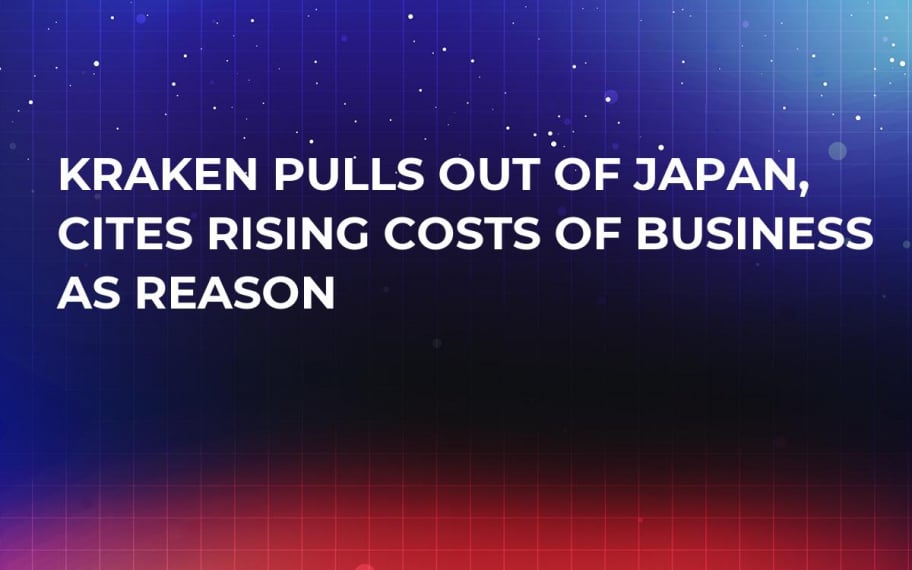 One of the oldest and largest, cryptocurrency exchanges, Kraken, is shutting its doors on Japan, which is also one of the biggest markets, saying that the rising costs of doing business in Asian countries is its primary reason.

Of course, there has been a recent crackdown from Japan, a country seen as very cryptocurrency friendly, after one of the biggest exchanges hacks happened this year at Coincheck.

The official reason for Kraken, which sits tenth globally by volume over the past 24 hours according to Coinmarketcap.com, with $190 mln worth of trading, leaving Japan is the cost of keeping that geographical location going.

The San Francisco-based Kraken has said it wants to put its resources into other areas:

“Suspending services for Japan residents will allow us to better focus on our resources to improve in other geographical areas,” the company said in the statement.

“This is a localized suspension of service that only affects residents of Japan and does not impact services for Japanese citizens or businesses domiciled outside of Japan.”

Operating without a license

However, the regulators have had to step in thanks to major hacks which has seen them come down hard on those exchanges which are not regulated.

Lawmakers have remained firmly supportive, however, and are moving to regulate new exchanges, rather than banning them outright. Earlier this month, they took the first step toward legalizing initial coin offerings, a controversial fundraising technique outlawed in places like China and South Korea.

Thus far, Kraken has operated without a license in Japan, but with the focus shifting to regulating exchanges, they were no doubt in the crosshairs. Being regulated and licensed could well have been the additional costs that pushed Kraken to make this decision.