Yuri Molchan
Ripple co-founders, Larsen and McCaleb, have emerged on the 2021 Forbes 400 list of the wealthiest entrepreneurs, and Chris Larsen has doubled his net worth since 2020 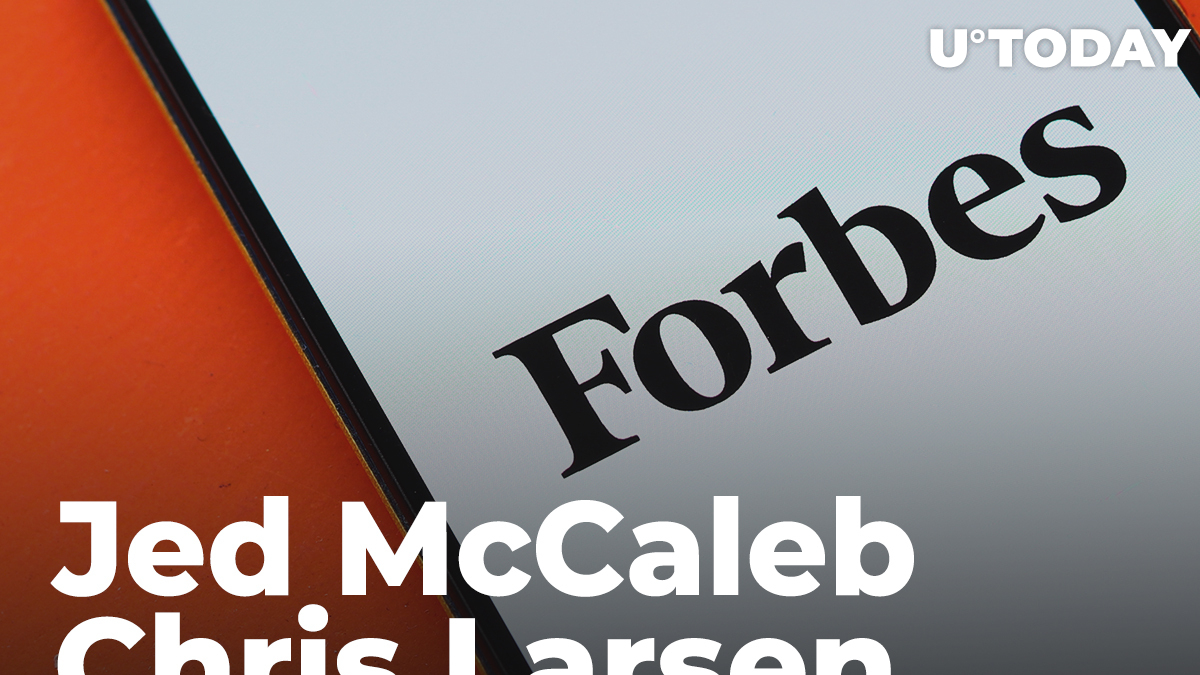 Forbes has written that, this year, six new crypto billionaires have joined its list of the 400 wealthiest entrepreneurs. Among them is Ripple's former chief technology officer, who helped found the company, Jed McCaleb. Another Ripple co-founder and its former CEO, Chris Larsen, has joined the list for the second consecutive year, doubling his fortune.

As per the article, last year, Larsen had already appeared on the list of the 400 entrepreneurs with the highest net worth with his $2.7 billion fortune. This year, his estimated net worth totals $6 billion. All of it, or the majority of it, has obviously been made in Ripple.

Jed McCaleb, who left the company after a falling out with Larsen and other top Ripple team members in 2013, received 9 billion XRP tokens and set off to found rival company Stellar with its native XLM token.

Among the other crypto billionaires on this year's Forbes list are the Winklevoss twins ($4.3 billion each), Coinbase CEO Brian Armstrong ($11.5 billion), Sam Bankman-Fried (founder of FTX exchange, worth $22.5 billion), and Fred Ehrsam ($3.5 billion), who co-founded Coinbase together with Armstrong.

Larsen gets on the list for several consecutive years

In 2019, he was the only crypto billionaire on the list. At the moment, Christopher Larsen, along with Brad Garlinghouse, are defendants in the legal case brought against them and Ripple Labs in December 2020.

The U.S. regulator accuses the company and two of its highest-ranking executives of selling unregistered securities (XRP tokens) to investors and profiting from it.

Larsen and Garlinghouse, the SEC claims, have pocketed $159 million and $450 million, respectively, from their XRP sales.

Recently, Ripple stated that it does not plan to settle with the U.S. Securities and Exchange Commission. However, chief Garlinghouse believes that this is possible on one condition: that the agency provides "absolute certainty" about XRP.