Darryn Pollock
Pizza Day 2.0 could be a sign of things to come as Bitcoin again pushes to be functional currency 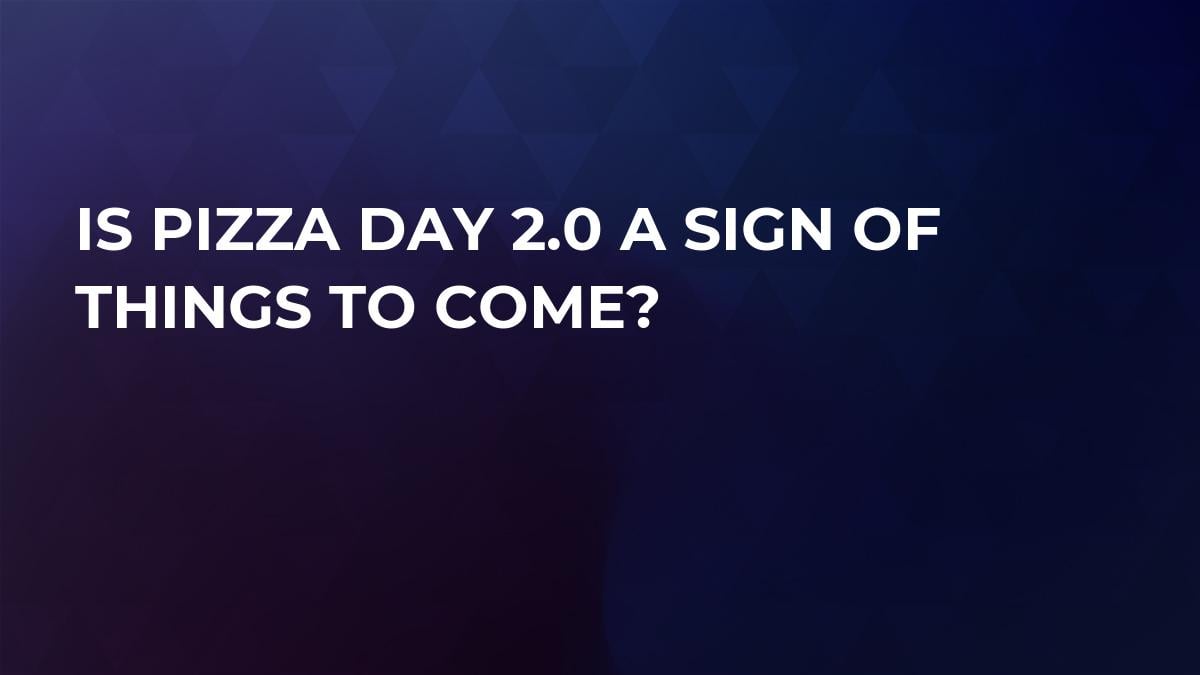 Back in 2010, when Bitcoin was merely being muttered around indistinct forums and making its way into being a tool of the dark web, those believers in the technology wanted a use case to pin their proof of concept on. This ended with a Pizza being bought, proving the potential of this digital currency.

Now, some eight years on and with Bitcoin in a very different space, the same experiment has been created for the same ends, but with different means. Bitcoin has become so big that it is no longer a functional currency anymore. However, this last experiment again is showing that Bitcoin can have a use.

The Bitcoin Pizza 2.0, also bought by Laszlo Hanyecz, but using the Lightning Network could send a ripple in time and cause history to repeat itself somewhat as Bitcoin shows it has the potential to be what it set out to be eight years ago.

The vision of Bitcoin

Bitcoin’s direction since its early days, as laid out in the white paper, has swung and swayed and eventually settled on being a digital store of value and an asset that people are looking to hold.

Indeed, this is perfectly within Bitcoin’s scope and range to be, but it is slightly away from its vision to be a disruptive and functional currency. This is Roger Ver’s big argument with Bitcoin Cash, stating that his coin offers the true vision of Bitcoin.

However, Bitcoin’s vision is not totally removed from the digital currency, and it is experiments like Pizza 2.0 that prove there is a chance for it to go back to being a cheap, quick and functional digital currency that can be used for micropayments.

It seems almost too perfect that the same man, doing the same thing that launched Bitcoin’s path to the mainstream, is doing it again, and for similar or same reasons. Hanyecz says that Lightning has the potential to make Bitcoin functional again, and this little experiment kind of proves it.

Of course, there are a lot of kinks to work out, and there still needs to be a lot of work done in order to get Lightning up and going and accepted. The battle for Bitcoin is to stay relevant in a market full of altcoins which all claim to be better and brighter than the original.

Bitcoin can enter a new era if things go according to plan, and just like crypto heads looked back on May 22, 2010, they may well look at Feb. 26, 2018, as a new starting point in Bitcoins growth to be a disruptive financial force.