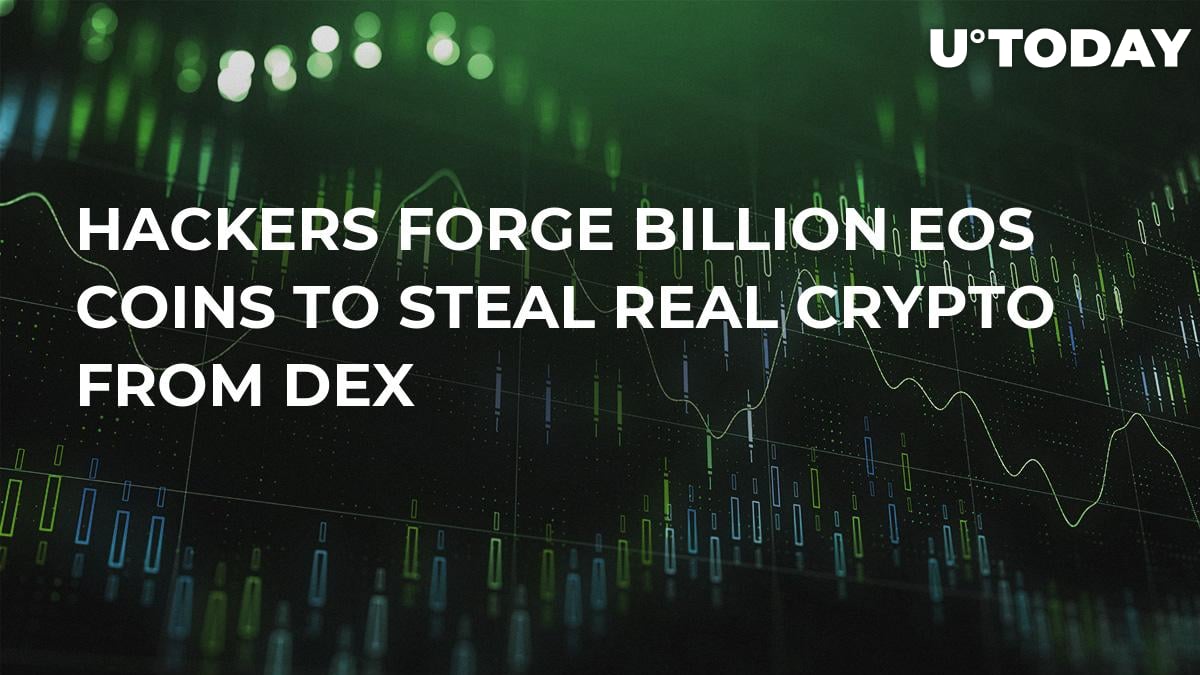 Taking advantage of a bug, hackers have stolen about $58,000 in crypto from the Newdex platform. They have managed to make the local computer system take fake EOS tokens for real ones. As a result, BLACK, ADD and IQ + EOS coins went missing and right into their pockets.

The Newdex team have confirmed that a certain account emitted a billion forged EOS coins. Then this wallet issued purchase orders to get hold of real virtual coins.

After the purchase, the acquired coins went away to an account in Bittrex. The hackers also ‘bought’ slightly over 4,000 EOS tokens that cost approximately $19,450. All in all, users of Newdex have lost around $58,000. The platform will later inform them if it plans to pay out a compensation.

The hackers, apparently, were able to pull this off thanks to a bug in the EOS platform that allows anyone with certain skills to produce any worthless crypto token and call it anything, basically, including EOS.

In their comments in social media, some members of the EOS community have mentioned a method by which single accounts can be used on the DEX to deceive traders.

Hackers do not even need a smart contract for that, according to them, they just make it look like it is the DEX. In reality, however, users just transfer their crypto to this EOS account without any identification. That is called a ‘newdexpocket.’

Last week, a group of unknown people hacked the EOSBet dApp by finding a breach in a smart contract and got hold of more than $220,000 in virtual assets.

Seems like until proper security standards and procedures are implemented in crypto exchanges, even P2P ones will keep suffering from hacker attacks.