What If I Send Bitcoin to the Wrong Address?

George Shnurenko
With increasing transactions, it is important to understand what happens if you send Bitcoins to wrong addresses. Ways to stay safe with your cryptocurrencies. 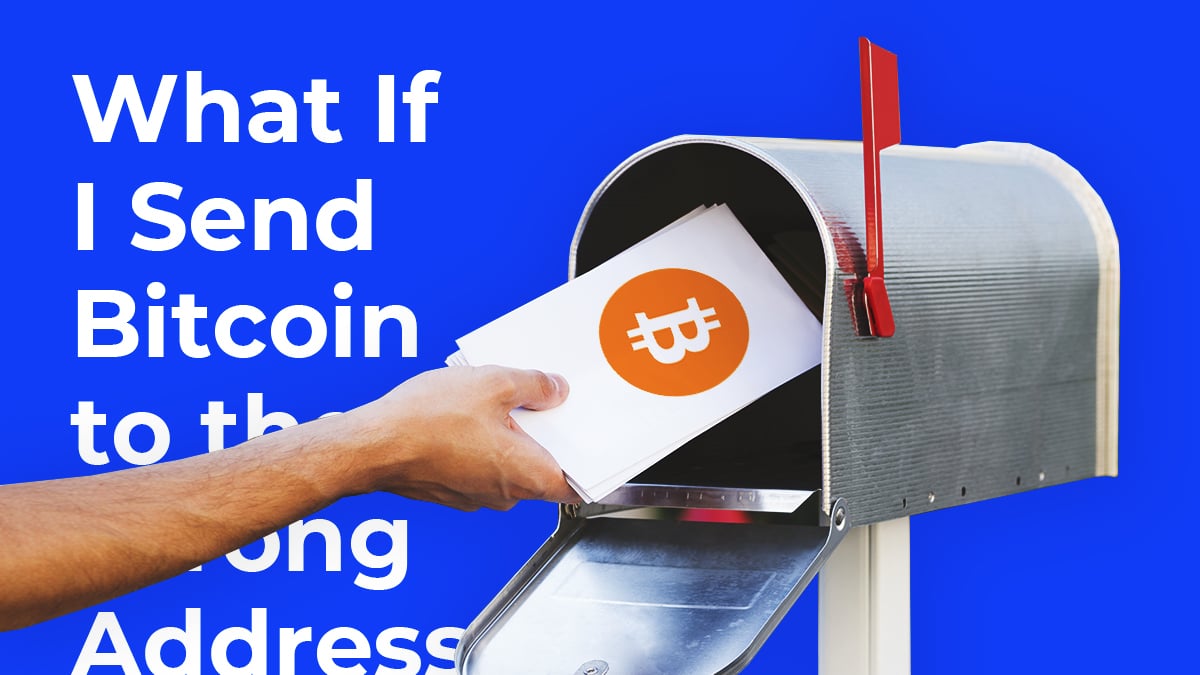 1) Trying to send Bitcoin to a different Blockchain, for instance, Litecoin

We will take up each of the following cases individually. But first, let us understand how addresses work in a Blockchain and how likely it is for you to commit a mistake.

To start with, it is important to understand that in a cryptocurrency like Bitcoin, you are the sole owner and controller of your currency. This means that there is no higher authority to appeal to if you make a mistake.

Case 1: Sending your Bitcoin to a differing Blockchain

This is nearly impossible as almost all wallet clients are implementing a checksum to validate a destination address. If you put say a Litecoin address as the recipient of a Bitcoin transaction, nearly every wallet will say it is an invalid address. This is because each Blockchain has its own way of building an address. Bitcoin wallet addresses start with a “1” whereas that of Litecoin starts with an “L.”

Multi-signature wallet addresses are an exception to this rule, as Bitcoin and Litecoin multisig wallets often start with a “3.” In this particular case, an accidental cross-Blockchain transfer could really happen. If the Blockchain recognizes the address as a valid one, then it is difficult to trace the money. Once the transaction is confirmed by the network, there is no stopping it.

However, if there are no confirmations, one could attempt to resend the transfer to a different address by using the child-pays-for-parent method.

Case 2: Trying to send a Bitcoin to a wrong address

We would like to establish a simple rule for your safety - Never type an “address” into any system! Always copy past the address while making a transaction.

This said, let us now establish what happens if you type an invalid address into the system. As already discussed Bitcoin addresses are defined by a 32-bit checksum, which makes it almost impossible to type a valid address by mistake. The probability of doing so is about 1 in 4.3 bln.

What a relief! In actuality, a mistyped address will be caught by your own wallet or service way before people start taking a peek at the Blockchain.

Case 3: Typing an address that passes the checksum

Now, this is the most typical case. You may think that this transaction may fail if there is no wallet created for the address. This is not true - the transaction can go through as the Blockchain does not know which wallet addresses exist. It only knows when valid addresses appear.

The scenario where you have sent Bitcoins to an address that appears to be right but does not belong to anyone would lead to a permanent loss for you. Technically the money is still there in the system, but no one has the private key to use this money.

One possibility to explore is to create a wallet that matched the receiving address. Unfortunately, this is impossible because wallets are created through a random one-way process.

Let me take the time to explain the magnanimity of the number of wallet addresses that can be created in Bitcoin. A wallet address is a string of 34 characters (letters and numbers) from the 10 digits and the 52 upper/lower case English letters. Only four are excluded to avoid entry errors (O, 0, I, L). This gives a total possibility of 1060 different addresses.

Put simply, this number is greater than all the atoms in our galaxy. Hope you can now visualize the complexity of trying to locate a wallet where the owner is not known.