Grin and Beam Both Greatly Outperforming Monero and Zcash

Alex Dovbnya
The US, China, and Russia are keen on the new-generation privacy coins 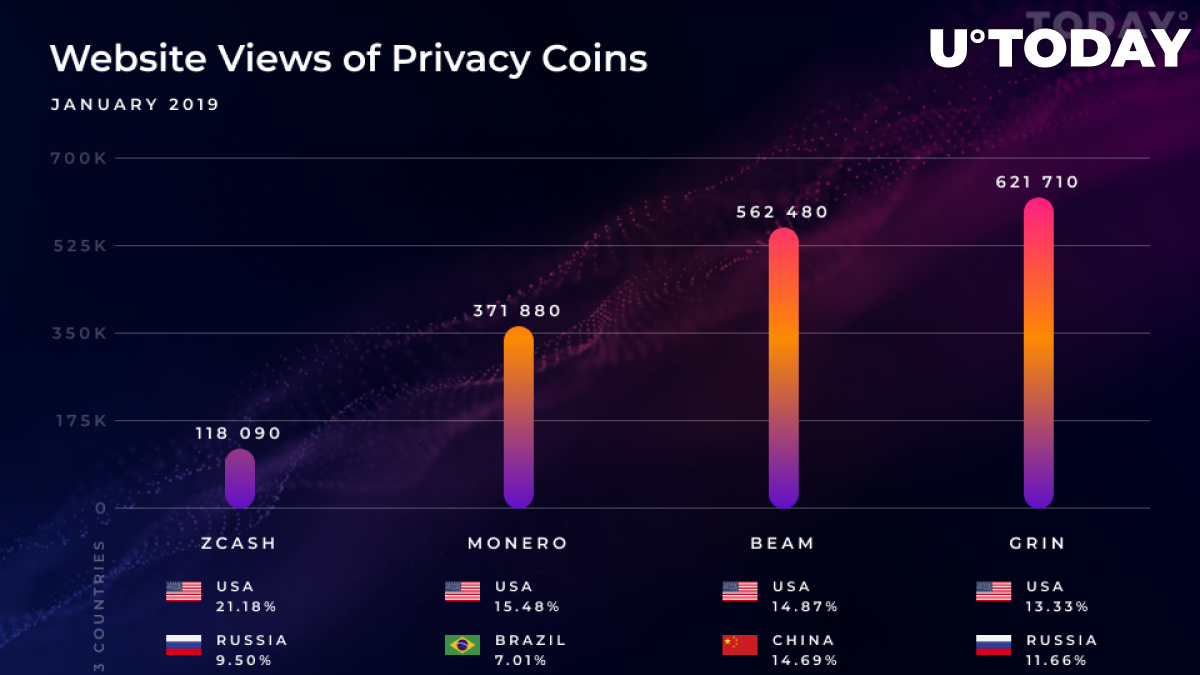 Harry Potter-inspired privacy coins Grin and Beam, which are both based on the Mimblewimble protocol, managed to score significantly more website views this January than Monero and Zcash. The two projects appear to be even more private and scalable than their already established competitors, but naysayers still scoff at a possibility of them making it big in the cryptocurrency market.

In January, Beam and Grin both scored more website views than Monero and Zcash combined. Grin, which was only launched on Jan. 14, is in the lead with 621,710 views. The new generation of privacy coins is popular with visitors from the US, China, and Russia.

Related
Coinbase Has More US Traders Than Other Top Exchanges Combined

While Beam charges a 20 percent fee to support the network, Grin relies on voluntary participation of its members. On top of that, Grin is ASIC-resistant because of the Cuckoo cycle (Beam uses the Equihash algorithm).

As U.Today reported earlier, Zcash Company CEO Zooko Wilcox claimed that the Mimblewimble-based coins are not serious competitors, calling them ‘fragile and limited.’ Nevertheless, he’s still glad that this sector is gradually growing bigger, and he praised the developers and the communities behind Beam and Grin.

Recently, Beam enjoyed a substantial amount of coverage after announcing its forthcoming partnership with Litecoin (the latter also witnessed a 36 price spike due to its foray into the privacy coin niche).