Retail Banks Will Save Billions by Adopting Blockchain: McKinsey Report

Alex Dovbnya
✔️ 💰Blockchain has a slew of enormous benefits for retail banks, but there a few problems that hinder its adoption⚠ 👈 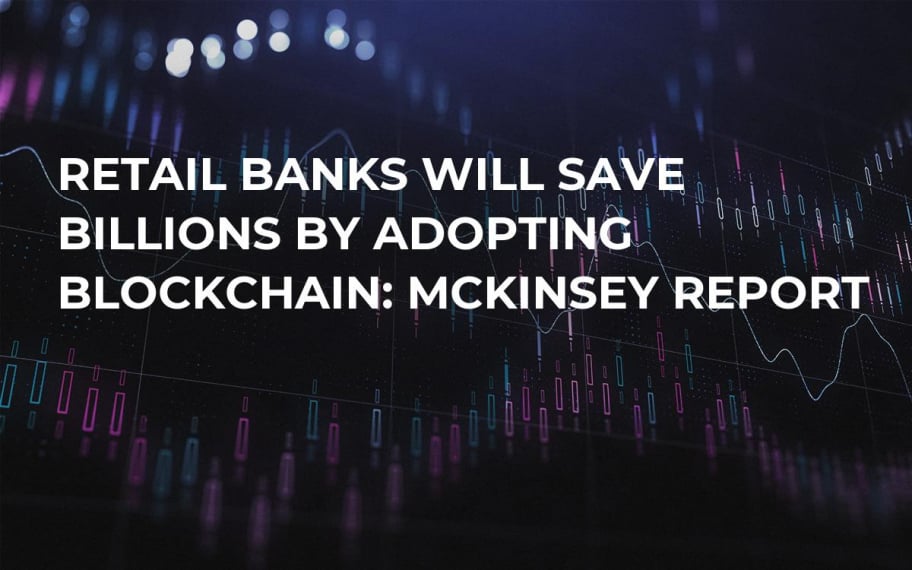 Unlike investment banks, their retail competitors are cautious about the Blockchain technology. A new McKinsey study, which was analyzed by Bloomberg, signifies the potential benefits of using Blockchain for such banking institutions.


The reasons for adoption

The list of the above-mentioned benefits includes fast remittance processing and more efficient implementation of anti-fraud policies, such KYC and AML.

Now to mention that the disruptive technology can also cut the operational costs of major banks, which will be the main factor that will force the adoption of Blockchain in the retail sector.

Almost all of their attention, especially in developed markets, is on cost reduction. And where cost reduction is front and center they are prepared to look at petty much any opportunity,” Matt Higginson, one of the authors of the report, claims.

While dishing out the cost-reducing opportunities of Blockchain, the report concluded that the technology could help retail banks save up to $4 bln if they use it for international payments (Ripple, in particular, offers cheap and fast cross-border payments).

That doesn’t stop there – since retail banks are also plagued with fraud, the application of the immutable ledger could trim at least $9 bln of yearly losses.

While it is clear that retail banks will eventually embrace Blockchain due to its undeniable benefits, their customers might not be ready to do so.

Another lingering problem is the cooperation between rivaling banks, which is necessary for creating a strong decentralized network.