Rimma Trukhina
U.Today spoke with a famous trader and analyst about the current economy, mistakes he has made trading and why he considers XRP a scam 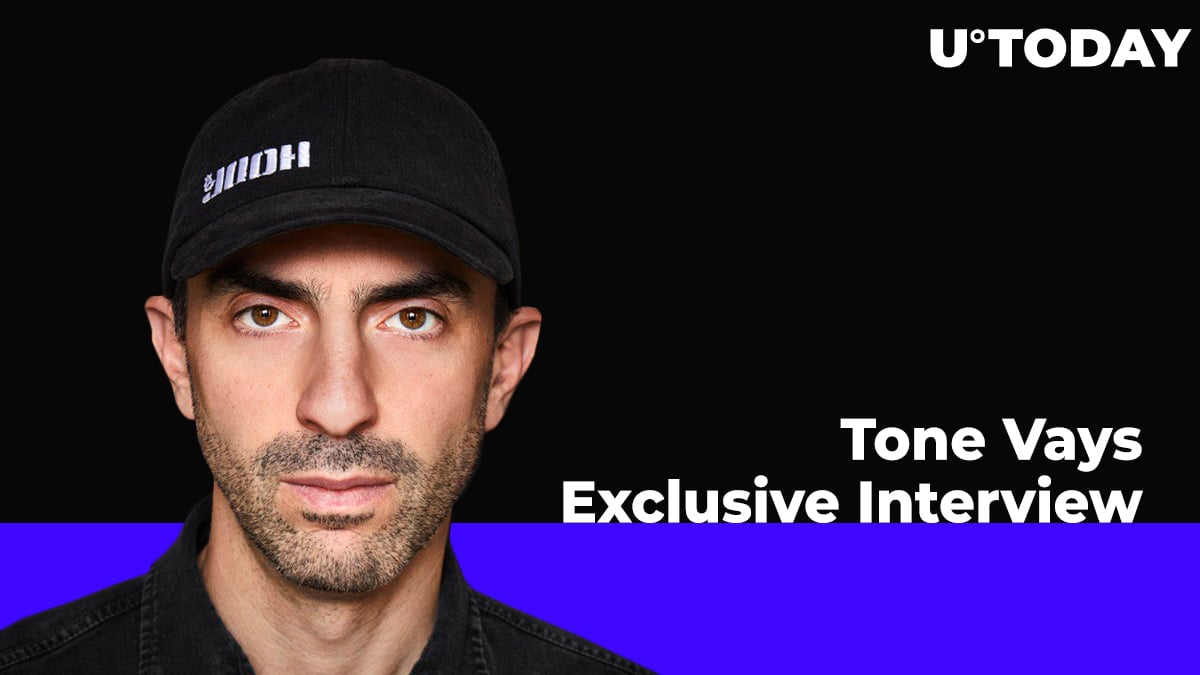 Last week, I had the chance to speak with a prominent Bitcoin trader with an extensive trading and analytical background, Tone Vays. Tone has worked on Wall Street for almost 10 years and was a Vice President at JP Morgan Chase, but since 2013 he has also been famous as a big Bitcoin promoter and enthusiast.

I asked him what turned him on to cryptocurrencies back then and he said:

“Everything changed in April of 2013 when I watched the Cypress banking shutdown, when the European Union shut down all of the Cypress banks and confiscated 50% of everyone's money in Cypress bank accounts above a hundred thousand euros. That really scared me. I didn't think something like that could happen in a developed nation, a European nation, the United States, Canada, Australia. That, basically, changed everything. I started looking for a way to protect the money that I have in the bank because, at the time, I was making a really good salary. I do not spend a lot of money. I still drive my 12-year-old car, still live in the same apartment I bought 12-13 years ago. So I don't splurge and I like to save money and the fear that some government can come and confiscate half of my money because they want to, really bothered me.

So, Bitcoin wasn't the best solution. Bitcoin was the only solution, because storing your gold is also tricky, because how do you protect it? They can always confiscate your gold too if they don't like you, because it has a physical form.”

You can watch the full video interview here:

Tone is also well known as a Ripple and XRP opponent, so one of my questions was dedicated to this topic. When I asked why he thinks that Ripple is a scam, this was his answer:

“Ripple is one of those coins that really, really bothers me. Ripple was always a scam coin. Ripple, the company, existed before Bitcoin even existed. But then one of the probably five biggest scammers in the space named Jed McCaleb, who created Mt. Gox and sold it to Mark Karpeles with 80,000 missing Bitcoin, decided to come to the Ripple corporation, basically, and convince them to create the Ripple token. They created a hundred billion of these tokens out of thin air. They still hold more than half of them.”

“Ripple is going through its court case now to identify whether it is or isn't a security. I hope Ripple loses that court case. And I hope that the C level management is held liable. I don't know if jail is the right answer here, but, perhaps taking away all of their money is the answer. Because what they've done is actually, in my view, very illegal and we have a hundred years of financial loss to prevent these kinds of scams. They made up a reason for the existence of this token. You don't need a currency in the middle of your currency conversions. If you're converting your US dollars to, say, the Filipino peso, which is a big remittance corridor, you don't need a crazy made up token in the middle to convert your dollars into Ripples and then Ripples into the Filipino peso.”

Tone is one of the most experienced analysts in the crypto market, so if you want to know what advice he has for those who are considering trading and investments, which mistakes were the most important, in his experience, and what he expects the price of Bitcoin to be by the end of the year, feel free to check out our full video interview.