Ex-Central Banker on Crypto: “There is no Limits to Where This is Going to Go” 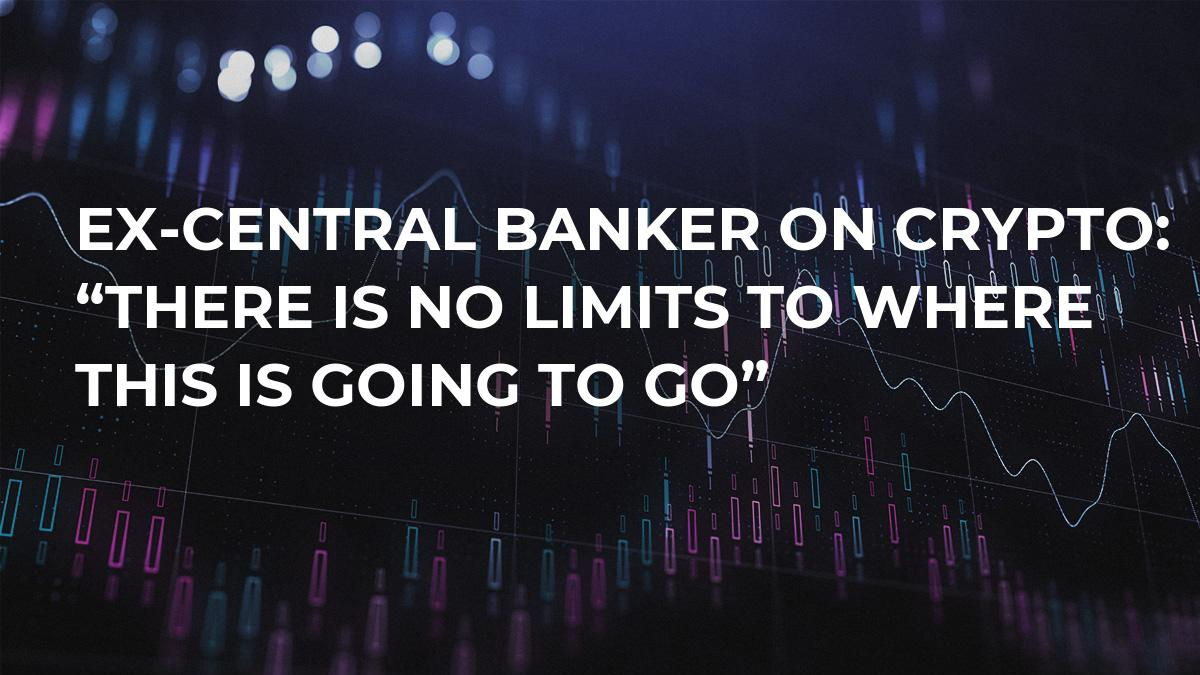 Ex-central banker turned cryptocurrency aficionado and leader, Eugene Etsebeth gives us an inclusive insight into the psychological types and the mechanics of a Central Bank operations, fintech scene and its influence on governments in Africa and how ICO’s model is changing.

Eugene Etsebeth: About a year ago I left the South African Reserve Bank where I have become quite prominent as someone who understood cryptocurrency from a conceptual and technical point of view. You know the central bank was a very policy-driven institution and it has a lot of academics or researchers and auditor types. I was trying to bring a technological perspective to their thinking. When I was immersing myself in cryptocurrency I felt that they are missing a large piece. It was the technological piece but also it came from a slightly decentralized, almost libertarian thinking, giving them a different point of view.

So that’s what I brought to them out of my passion and interest in that space. South African Reserve Bank is a certain organism typical for most central banks. I mean you have banking supervision, which looks after the banking resources, and those are more auditors types. Then you’ve got your research, which are more your economic people and academics. Then in South Africa, we have exchange control so they do financial surveillance where there is not a free flow of money: those are the investigator types. Then you have national payments where they are mostly focusing on high value and low-value payments in the financial market, they almost ran a software or a system.

So there are many different types of people, and I managed to bring them all together. I chaired the Virtual Currencies and Distributed Ledger Technology working group, the committee where we started to influence, talk to, or make an offering to the government.

Then out of that we also got involved in building some consortiums in the financial space. We as a central bank managed to find some developers interested in Ethereum and we worked with consultants to start contributing to smart contracts. A couple of years ago we played around with moving money between banks and the Central Bank on the Ethereum Blockchain.

Fast forward to now, and I was offered to lead the cryptocurrency slot at Sybrin, my current company. Their business is predominately in Africa, we have over 250 customers mainly banks, and we also run complete clearing houses of Zambia, Kenya, and Lesotho. We started to engage with some partners for cross-border remittances using existing cryptocurrencies.

Among other things, I was approached to do an ICO for a gambling entity based in Africa but ultimately I realized that to become an advisor in an ICO means moving to an unstable territory because all of it would be my own branch. I didn’t know how it’s gonna go so I pulled out of that.

Now we are gonna start engaging and looking into the Lightning Network.

The second tier framework that sits on top of Blockchains for me is very compelling, it almost works like the Internet protocol.

I think there is a lot of concern on how is that going to get market share or get people to use another wallet or another system, but I think market opening will come over time and that we will move over to Lightning Network type of behavior and we will start building applications on a second tier.

Cyril Gilson: Is South Africa showing the rest of Africa the headway of fintech?

EE: The fintech scene in South Africa isn’t as strong as it looks. There are a lot of early startups, but I wouldn’t put it in the same category as for instance Israel or the West Coast. There is a big drive in millenials, like everywhere in the world, to be the owner of their own destiny. If they are computer programming literate they will probably take a risk early on. The fintech scene is prominent in South Africa, but I wouldn’t say it’s extremely large.

The central bank has created a fintech unit, but it has only three staff members, yet they are being more open into regulatory innovation apps. That’s the one thing that the startups are missing in the world: they are out, they are young, they have great ideas, but their regulatory and ecosystem knowledge is just missing. This is the cool piece that can help the ecosystem develop.

I am trying to think of examples. For me in the cryptocurrency space you have Luno. They have an exchange offering in South Africa, they started up and running about four years ago, and they have done very well. They are actually now based in London and have offerings in Singapore. So in the cryptocurrency space there is a little bit of movement. There are people engaging in crypto, probably as much as other developed countries.

CG: How about in terms of South Africa taking the rest of Africa along?

EE: I would say if there are any initiatives to take other countries along they are probably well concealed because everyone is trying to just look after their own house. I was in Rwanda recently, there I went to the innovation hub, where it’s a very big focus in Kigali to build both software and hardware innovation labs.

It’s almost a strategic decision by President Kagame to focus on cryptocurrencies and Blockchains.

There they are doing it very much on their own. I went there on a business trip, I went to go visit, but I would like to extend a hand in the community, but that’s more of goodwill rather than a national imperative.

There are national bodies, like the committee of central bank governors, that meets in Africa and they will talk about fintech and IT but that is just one element. It’s not organic.

CG: Where would you put South Africa on a scale between Switzerland and China in terms of crypto regulation?

EE: Our position paper that came out in 2014 from the central bank wasn’t very helpful. It said its at your own risk and its a wait and see. That is still honestly the position.

Although when I look at these fancy maps of where its regulated and where its not, somehow South Africa is regulated it looks like because we have an exchange that its regulated, but on the outside, it’s slightly more just allowed to happen. We also have the added concern of exchange control which is unlike other companies. You aren’t allowed to just move money from cross-border, there is a lot of surveillance.

So to go back, I would say as a signal from the market, a big company called Sygnia they want to start a cryptocurrency exchange. They are picking up the correct signals from the regulator to make an investment in that regard. You know the one before, Luno, they took a risk. They were engaging a lot with the regulator early on but they couldn’t get any commitment from our KYC body called FICA.

They got quite far but they eventually got backtracked and it was at your own risk. We still are at that stage, although the central bank is making suggestions and names.

For instance, they say they will call them crypto tokens. I don’t know what that really means.

CG: Speaking about ICOs, there was a hype last year and they promised to disrupt finance, but it seems like now they are becoming more similar to what financing does in terms of equity they needed even before the presale or in many other aspects. Do you expect some new model changing the existing ICO model in the near future?

EE: You mean in response to the regulatory clampdown?

CG: Also maybe it will come out of some natural development, even from the inside the techniques are getting more and more oriented to mainstream...

EE: I am very excited about the ICO developments. I think it’s like cryptocurrency itself, the Bitcoins and some of the altcoins around them, it’s already a working use case that has billions of dollars of uptake. I think it’s a great future model. I think perhaps a greater responsibility should be placed on the people who start to randomize. I don’t like licenses, but you should know who they are, they should register in some shape or form because it’s a bit too scammy at the moment.

I think as a model it frees up liquidity a lot earlier, you can almost do an ICO within a day. You can create a method to raise an ICO in a short amount of time. You can offer in an exchange using a very simple protocol, the ERC20 protocol. I think for me its a case of that if a VC is doing it in a traditional sense, they better start moving quickly to an ICO thinking.

CG: Do you expect more industries taking on the ICO model?

EE: I think there is no limits to where this is going to go. I think the human imagination is confined by what we know now, but it will become for our children, it will become more obvious how it’s matured. For instance, even here at this conference people are starting to offer ICOs and token sales for celebrities. And why not, anyone who adds value that you interact with, these things can be monetized.

I mean, money is really a form of communication, it’s almost a language. We have only known what we have known and know we have been introduced to a new way of money. I think this is going to change the way we think about money, how we earn money and how we earn a living.

CG: Yeah but you are talking about cryptocurrencies being appealing to individuals rather than institutions and governments, the later would change in a slower manner. If at all - there are still this mass media stereotypes of all these crypto being scams.

EE: I think this is where it becomes very important for each individual to analyze the market, to read deeply. It’s so much easier now for you to make a prediction of what lies ahead of us. It may not be right, but we almost empower it because knowledge is so free.

We know as much or more than the previous controllers of knowledge. So I think that is going to set people apart, is by how they can predict and shape the future because I think people are complacent by thinking they have more knowledge. That’s certainly not the case.

I wouldn’t put too much emphasis on someone who has gotten to place in government by virtue of a bureaucratic career and who doesn’t know what the real reason may be why the organization was founded 100 years ago because it’s always morphing and changing. So too it might change not only growing bigger but it could grow smaller. It’s gonna take some courageous leadership going forward.