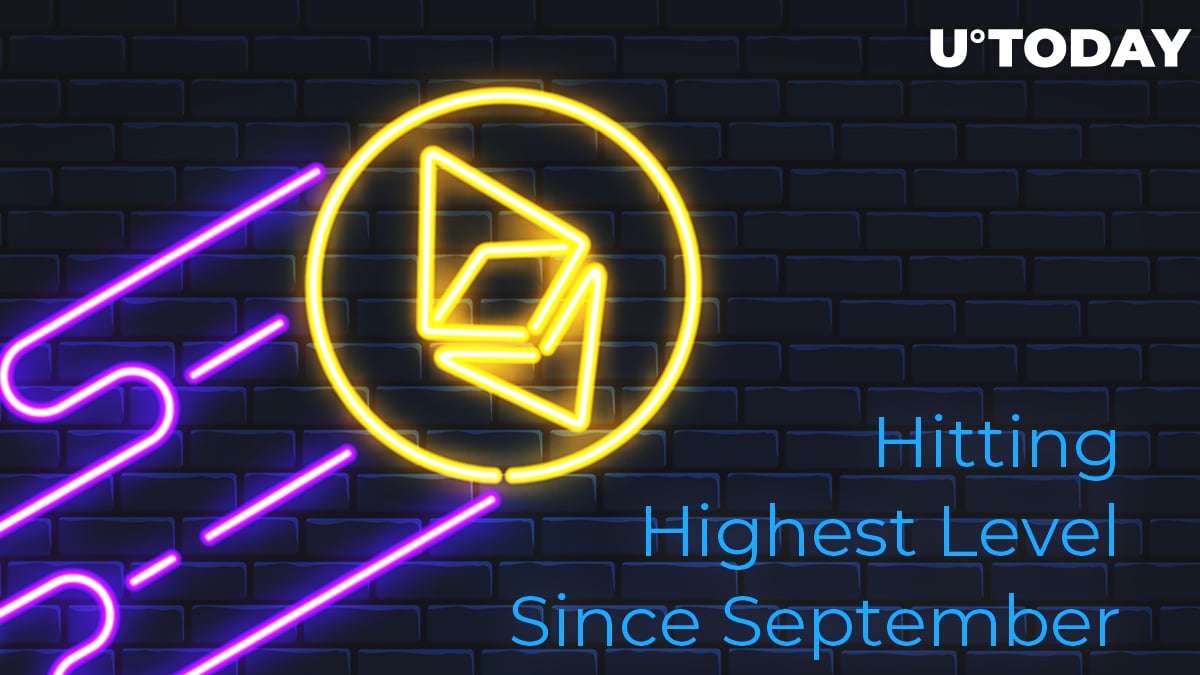 Ethereum has been under a lot of pressure in the last few months with its performance as a smart contract blockchain coming under scrutiny as well as the pressure of other rivals coming onto them.

However, there are upgrades in the works and that might be helping its price rise.

Ethereum has broken above the top line of the recent consolidation channel at $274 and jumped to $288 in a matter of hours hitting the highest level since Sep. 2018.

It is good growth for Ethereum, but is it down to investors preparing for the big upgrades that are to come?

Ethereum is looking at changing its entire consensus algorithm from proof-of-work to proof-of-stake in a bif to improve its performance and make it a more viable and useful blockchain.

If Ethereum does pull off a good transition, there is no doubt the price will rise - so is this the preparation from the market.

Generally, the market is showing good gains for the top 20 coins with Ethereum up just over 6 percent. The second biggest coin by market cap certainly benefited from the big spike in Bitcoin price earlier this week, but is showing its own sustainable growth.

This growth has seen it break a few key resistance markers, and made it reach a nine-month high, as the sentiment in the market has played its part, but there also seems to be a change in how people are perceiving Ethereum.

Waiting for the upgrades

There has been a lot of work put into getting Ethereum ready for its change in algorithm with the Casper Upgrade being key. However, the next move has been labeled Istanbul and is due in a few months time.

With the process showing positive strides to making Ethereum a better coin, it may well be that investors are trying to preempt the spike and get some Ethereum on the cheap.

The rise this week may well be Bitcoin-related, but the continued growth will probably be early investors.