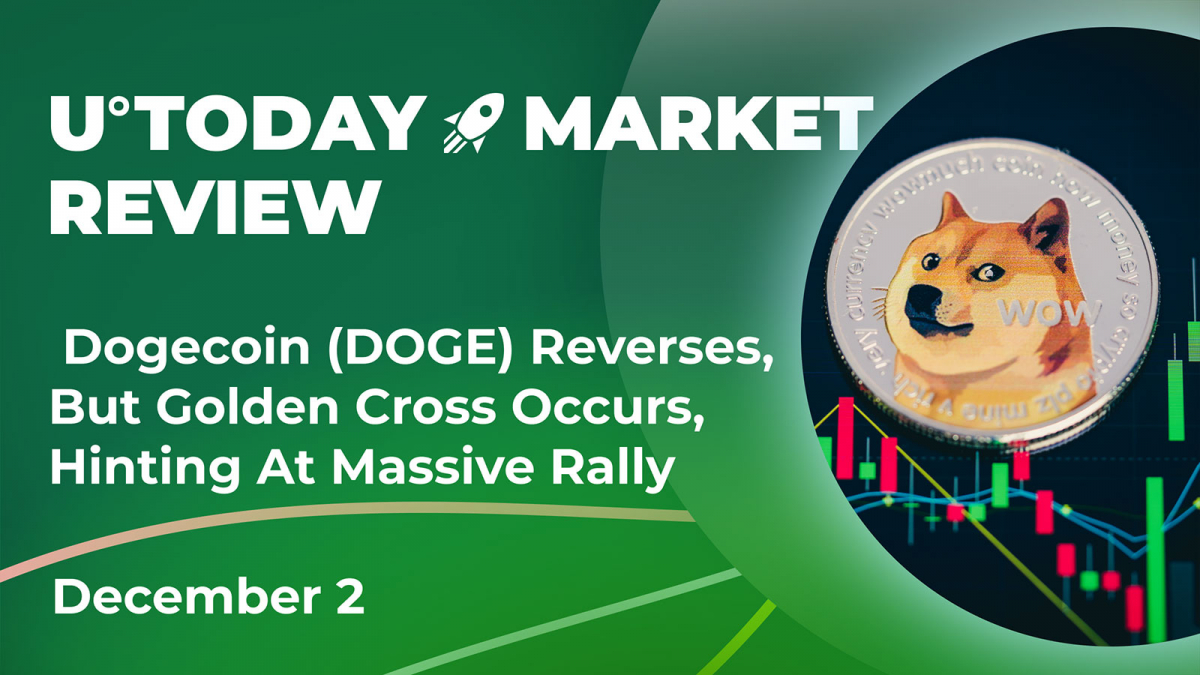 By the end of almost every week, the volatility of the cryptocurrency market decreases, with most assets either entering consolidation mode or reversing to their previous values. However, there are some important signals we have no other choice but to cover.

As we mentioned previously, the golden cross is one of the strongest technical indicators that has proven to be one of the most accurate tools for determining a long-term trend change, especially on longer timeframes like one day or one week.

In the case of Dogecoin, thanks to two massive rallies in November, one of which occurred by the end of October, two exponential moving averages with periods of 50 and 200 days converged and are now forming the golden cross signal, which Dogecoin last saw around two years ago.

Such a strong signal might finally become fuel for a prolonged uptrend for Dogecoin and a signal for speculative traders who had been selling the meme coin as soon as possible in order to avoid a local correction. Local corrections often ended even a midterm rally on the dog-themed coin.

According to various backtesting studies on assets with volatility similar to Doge's, the trend reversal signal was accurate more than 50% of the time, which technically makes it an effective technical analysis tool that may in fact be used in practical trading strategies.

Unfortunately, Ether's momentum was not enough to easily work through the existing resistance level reflected in the form of a 200-day moving average, and the price of the second biggest cryptocurrency on the market reversed back below the $1,300 price threshold.

However, it is too early to call it a day. The inability to break the resistance level could be purely temporary, considering the market is entering a weekend trading session in which most market participants will abstain from trading, which makes the market less liquid and sometimes less volatile.

As tradfi markets open on Monday, Ethereum's volatility should return to normal, along with the volume and liquidity of the asset. Hopefully, positive sentiment prevails among crypto investors, especially after Jerome Powell's dovish speech about the next rate hikes and the overall state of the U.S. economy.

Despite the depression that covered the market at the beginning of the month thanks to the FTX implosion, the cryptocurrency industry seems to be doing much better now. The majority of assets entered December with single- and even double-digit gains while flashing some important market signals that may suggest the gradual recovery of the market in the next year.

Considering the Fed's pivot, the dust settling around FTX and the recovery of traditional financial markets, cryptocurrency might once again start prospering and finally break the downtrend it entered back at the end of 2021.