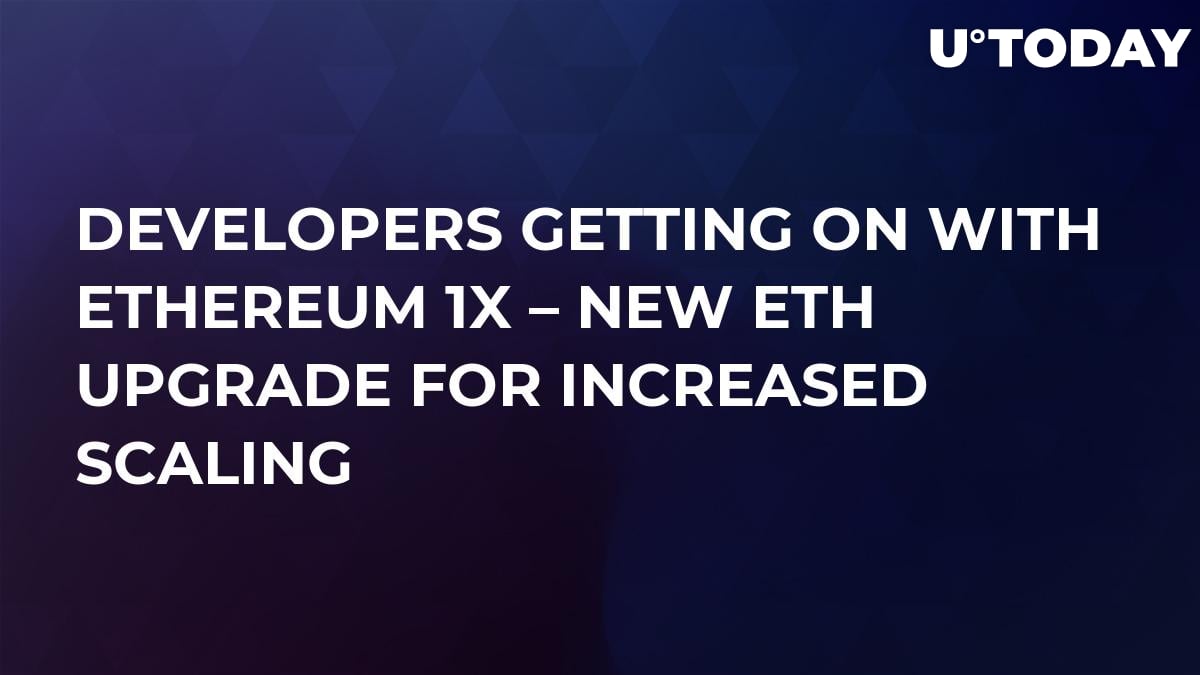 So far, exact changes in the intended upgrade of Ethereum’s code have not been fully agreed on. Various options are being offered in numerous discussions. Some of them will be selected by June 2019, and work will begin provided the majority of Ethereum network approves of them.

Currently, the development of upgrading the world’s third biggest blockchain is only beginning.

Will ETH 1x be launched separately?

Afri Schoedon, a top manager at the Parity ETH client, has proposed that the software update should be released separately from the ETH main chain, and much sooner than it would take a launch on Ethereum.

Initially, Ethereum 1x was meant to be added to Ethereum 2.0, an ETH upgrade. Vitalik Buterin, the platform’s creator, recently called it using its previously planned title, “Serenity”. However, the roadmap for this update was altered in summer and now new details are going to be added, so the activation of the update system will be postponed.

However, now various developer teams that are busy with Ethereum 2.0 believe that work on the upgrade will start around 2020.

Anyway, in a recent interview Schoedon admitted that developers feel like panicking and demand solutions that would serve as a compromise. For this reasons, new ideas are welcome in the near future.

Even though Ethereum 1x seems a bit controversial at the moment, Afri Schoedon says that all proposals and ideas will be thoroughly discussed with Ethereum stakeholders, so by the end of the discussion, no suggested upgrade will be controversial.

Initially, discussions regarding the implementation of Ethereum 1x took place during Devcon4, a conference of Ethereum developers, in the early weeks of November. The continuation is that now numerous public forums are being set up for discussing this issue.

For further negotiations, Chatham House Rules will be implemented. The first meeting of developers is scheduled for December 1.