Alex Dovbnya
This is the third time hackers have transferred user funds from Cryptopia, analytical platform Elementus takes part in the investigation 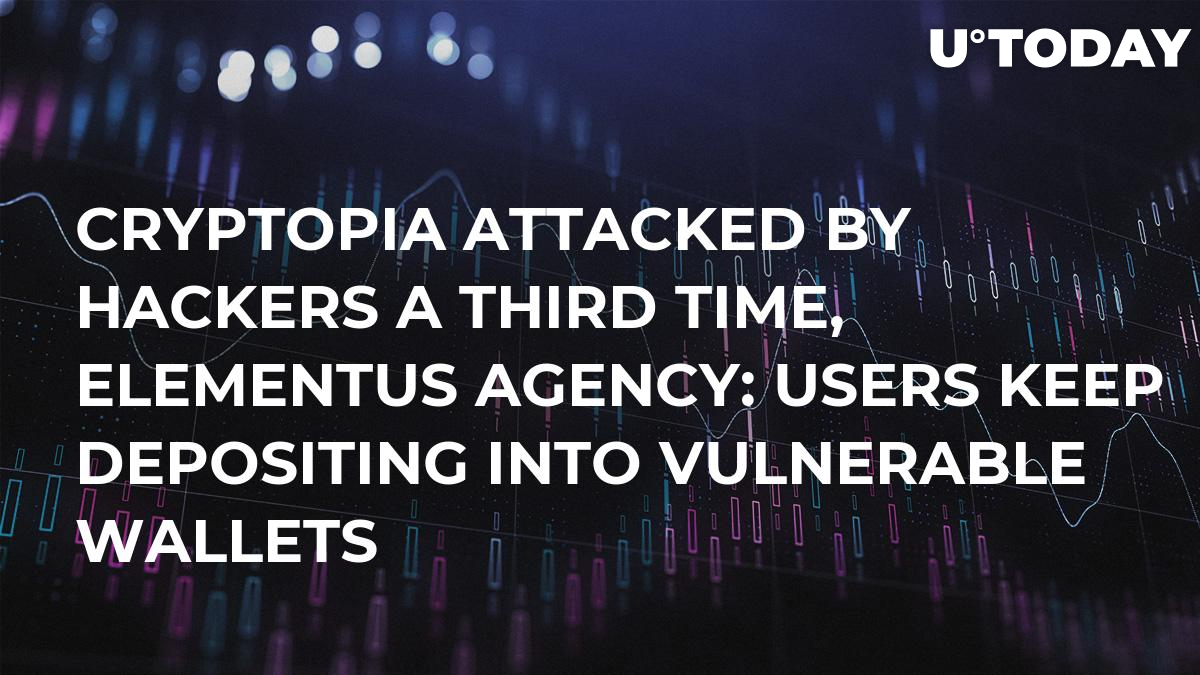 On Thursday, Feb 28, news reports came in saying that the New Zealand-based Cryptopia exchange has been hit by hackers for the third time. The culprits merely transferred around $30,000 - $40,000 in ETH from the wallets they had attacked previously.

The CEO of the DLT analytical startup Elementus, Max Galka, has commented on this new case, saying that this time hackers have stolen less than in the two previous attacks.

However, while Cryptopia wallets are located on old servers, they seem to still be open to the cyber criminals but for some reason, traders keep putting money on them, even despite the warning of the exchange not to. 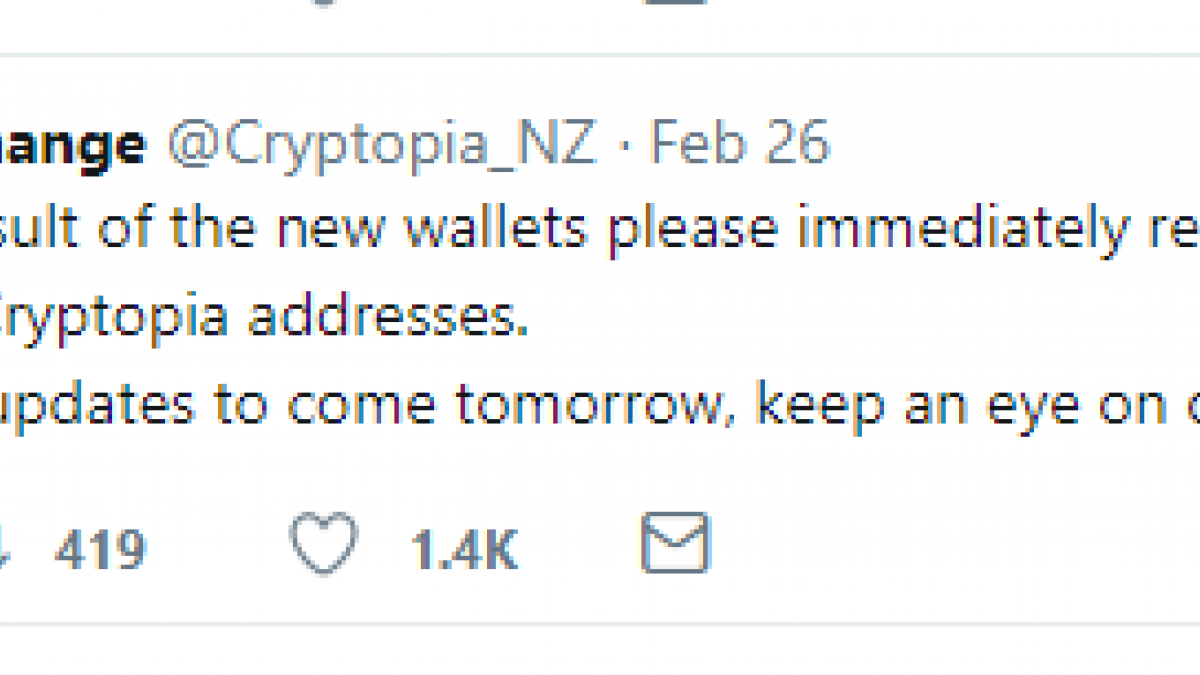 Besides, this story has received massive coverage in the media recently, so Cryptopia users should be well aware of what is going on.

As long as users keep adding crypto to their wallets, says Max Galka, hackers will keep taking that money.

The other day, the platform made a post on Twitter saying that 24 percent of their old wallets are now placed on new servers with higher security. Previously, the exchange reported that they are checking every wallet of theirs for bugs and then securing it, one by one.

Update: We have transitioned 24% of all wallets to our new secure servers.  Once the read only site is online, we will be keeping users up to date on which wallets have been checked and secured via the coin info page.

Hackers are selling the stolen crypto

Previously, the Elementus agency reported on social media that the unknown cyber criminals have sold part of the stolen crypto on the EtherDelta exchange, converting coins into $3.2 mln.

Cryptopia update
As of this morning, the hackers have liquidated $3.2m in tokens, with the bulk of that going to Etherdelta pic.twitter.com/QVbb8mSszX

How much has been stolen all in all

When the exchange was attacked for the first time back in January, hackers got hold of around $16 mln in ETH and other ERC20 tokens. BTC was not counted, though, so the damage was bigger.

It was then that Elementus made the conclusion that Cryptopia had lost access to the wallets’ private keys to the hackers.