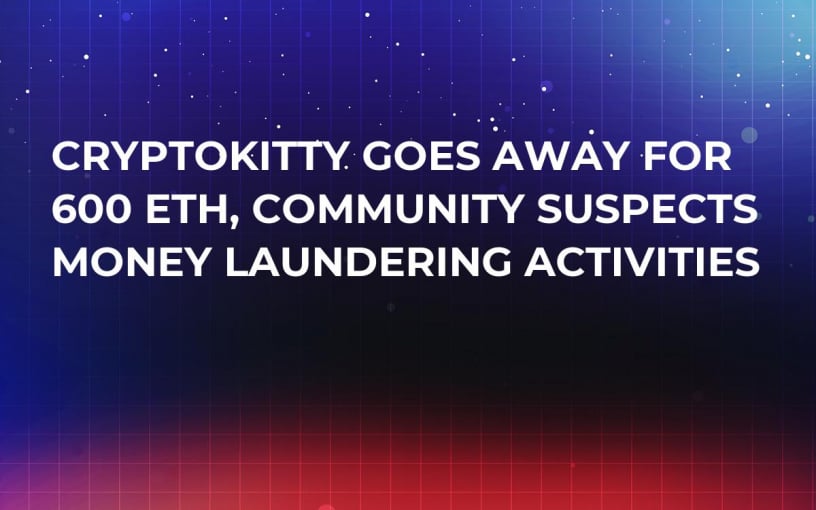 The CryptoKitty in question is named Dragon. On Tuesday a user, whose identity remains anonymous, bought it for 600 ETH ($172,000).

Since this cat is pretty much valuable (a Gen zero cat), it remains unclear whether the purchase was accidental or it was a case of money laundering. Some of the crypto community shared the latter thought on Twitter, since on average these CryptoKitties cost about $60.

Last time a high amount was paid for a CryptoKitty was December last year. Back then it was sold for $110,000.

Subscribe to U.Today on Twitter and get involved in all top daily crypto news, stories and price predictions!
#Cryptocurrency Community

Cryptocurrency Market Cap May Surge 37%. But There's One 'If'

A Turn to the Little Guy in the Age of Whales: The Tokenplace Vision for Cross-Coin Architecture