Yuri Molchan
After the first leak of the Samsung Galaxy S10 a while ago, more pictures have found their way onto social media, showing Samsung’s Blockchain KeyStore app 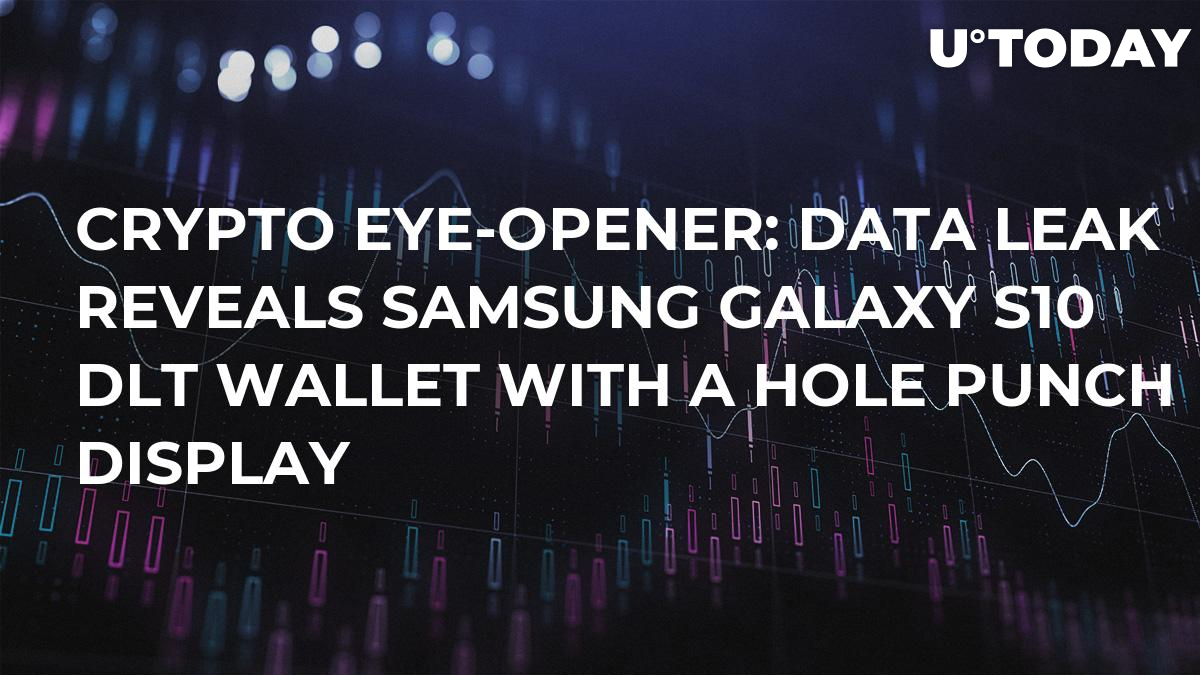 Pictures of Samsung’s soon to be released Galaxy S10 phone were leaked on the Internet recently, showing that the phone has a digital coin wallet and the Infinity-O (otherwise called a ‘hole-punch’ by the media) display. The photos, which were posted on Twitter, demonstrate Samsung’s Blockchain KeyStore app, which can be used as a crypto wallet – users will be able to import an existing wallet into it or set up a new one.

The crypto vault in the IT giant’s new phone model is claimed to enable users to store their crypto securely. The wallet allows its owners to work with major crypto coin Ethereum. It also offers a biometric authentication method.

The official name for the new display is “the Infinity-O”, but the media quickly began calling ‘a hole-punch display’. They were first demonstrated in Samsung A8 smartphones as soon as they started selling in China.

Samsung is competing with another smartphone giant, Huawei, which has also recently released the Nova 4 phone with a ‘hole-punch’ camera in it.

The new smartphone, as can be seen in the screenshots, has an embedded Blockchain KeyStore app that allows storing Ethereum.

Samsung takes a step into Blockchain

A while ago, U.Today reported that Samsung had filed three patents for blockchain products. One of them, the Blockchain KeyStore app, will reportedly be released on the new smartphone. The patents were submitted to the European Union Intellectual Property Office (EUIPO).

Back then, Samsung rigorously denied the information that it had any intentions to present its own crypto wallet on the new Samsung Galaxy S10 smartphone.